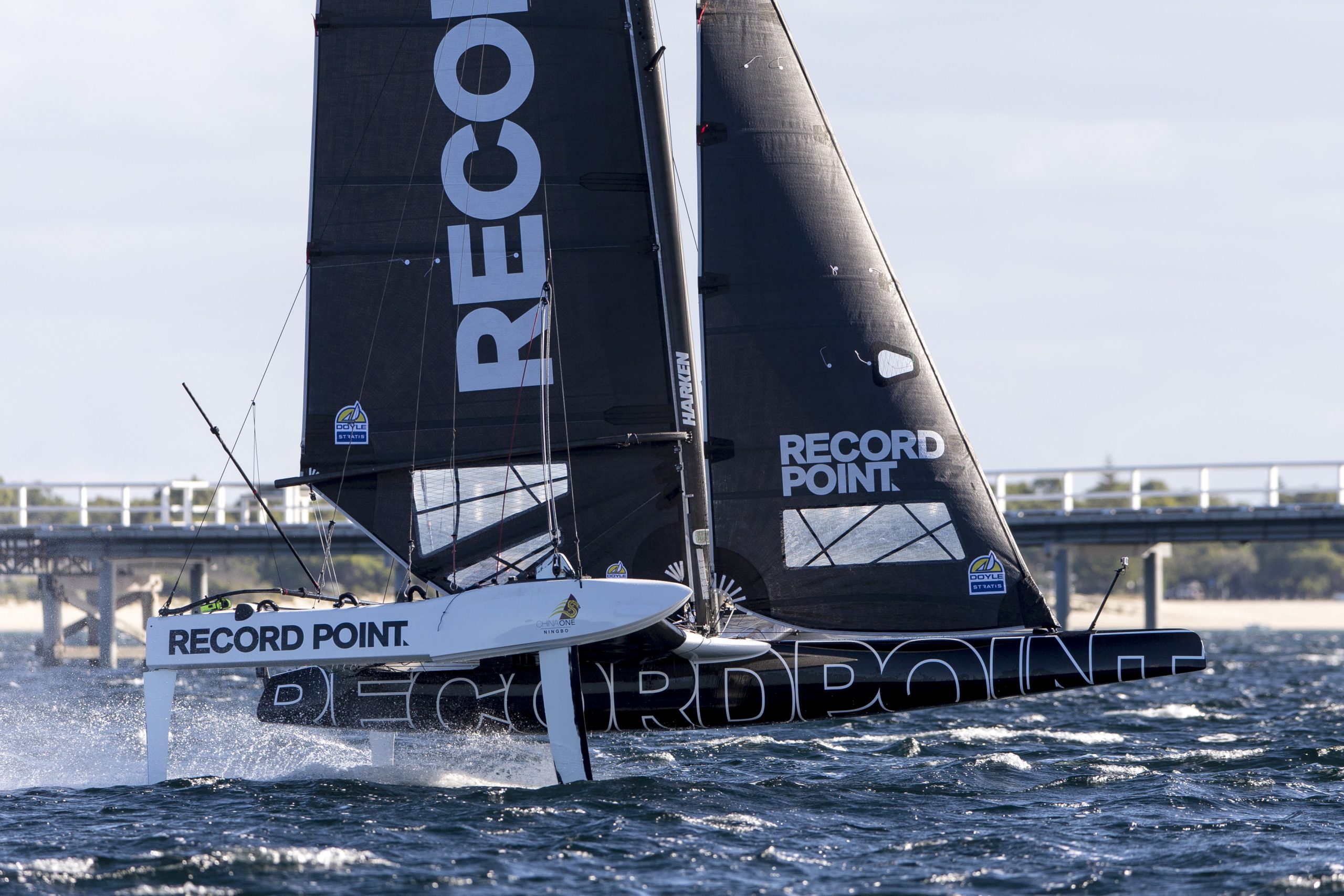 Two West Australian skippers have steered their teams to the podium in their home regatta with Perth’s Luke Parkinson (tech2) and Steve Thomas (Pavement) climbing onto the Busselton dais alongside Kleenmaid.

Tech2 secured a third victory of the regatta to claim the outright win by the slenderest of margins over Pavement.

“I loved the opportunity to be back sailing in WA over the weekend. We had a full range of conditions and this win puts us in great shape for the final in Sydney,” said Busselton’s victorious skipper Luke Parkinson – who thrust tech2 to the top for the very first time.

“It has been a pleasure to sail in such a beautiful location, extremely tight racing it went all the way to the last run of the last race. I am really excited for the Grand Final in Sydney,” said tech2's mainsheet hand Ayden Menzies.

In what was the most hotly contested regatta to date Pavement finished four points behind in second.

“Pretty cool for WA to get on top at the home venue. I guess we had a lot of local knowledge,” said Pavement skipper and second on the podium Steve Thomas, “We were stoked to get second – it was a really close race between us and Kleenmaid.”

The regatta also witnessed the breakthrough podium for Olivia Price, Harry Morton and Josh McKnight – who missed out on claiming overall points by just one win.

“As a team we’ve been playing the long game, slowly developing our techniques with Sydney being the end goal so this was a really important regatta for us to peak at,” said Kleenmaid mainsheet hand Josh McKnight

The wash-up is Euroflex’s stranglehold on the championship has slipped after her last placed finish, although her star crew of Nathan Outteridge, Iain Jensen and Glenn Ashby still hold a two-point lead over tech2.

It sets up a thrilling climax to the opening series with the Expr3ss! SuperFoiler Grand Final – Sydney to decide the first winner of the Ben Lexcen Trophy.