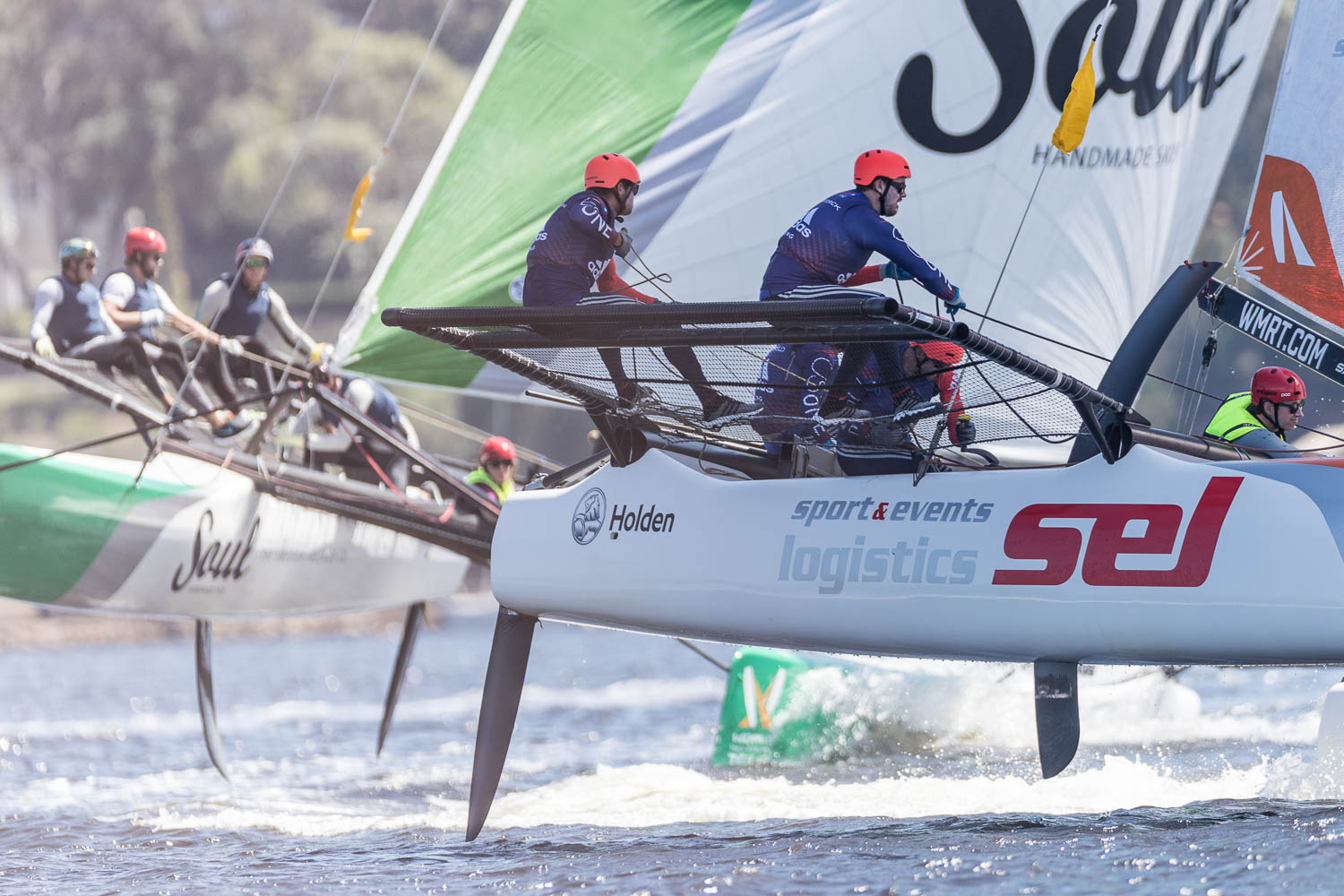 Local skipper Matt Jerwood certainly overplayed the anxiety card on his way to becoming the third Western Australian skipper to make it through to the semi-finals of Match Cup Australia, the first event on the 2017 World Match Racing Tour.

Earlier in the day David Gilmour had gone through 3-1 against US Virgin Islander Taylor Canfield, and Torvar Mirsky similarly eliminated Frenchman Yann Guichard.

Jerwood and his Redline Racing Team took it to five races against Kiwi Chris Steele before sealing his place in the semi-final. Jerwood went 2-0 up initially, but then Steele fought back to level the score, leaving Redline’s fans with their hearts in their mouths.

Talking about going into the decider the young Australian said, “we just tried to reset after our two losses, we were just feeling a little bit rushed in those two races, I don’t know why. We just got back into our normal groove, we knew what we had to do on the start, it was just about doing it.

“My boys sailed fantastically, we felt strong all day, we felt we could have taken him 3-0, but he’s a great sailor, he’s not going to go down that easily.”

The fourth semi-finalist is New Zealander Phil Robertson, the current World Champion, who eliminated the other Western Australian in the quarter finals, Steve Thomas, who went down 3-1 to his trans-Tasman rival.

After light winds in the morning, the seabreeze rolled up the river to give some knife edge sailing in the afternoon, which kept the crowds at Royal Freshwater Bay Yacht Club on the edges of their seats. Jerwood’s eventual victory causing a roar of approval, as had Gilmour’s and Mirsky’s.

Semi-finals and finals will be sailed on Saturday.