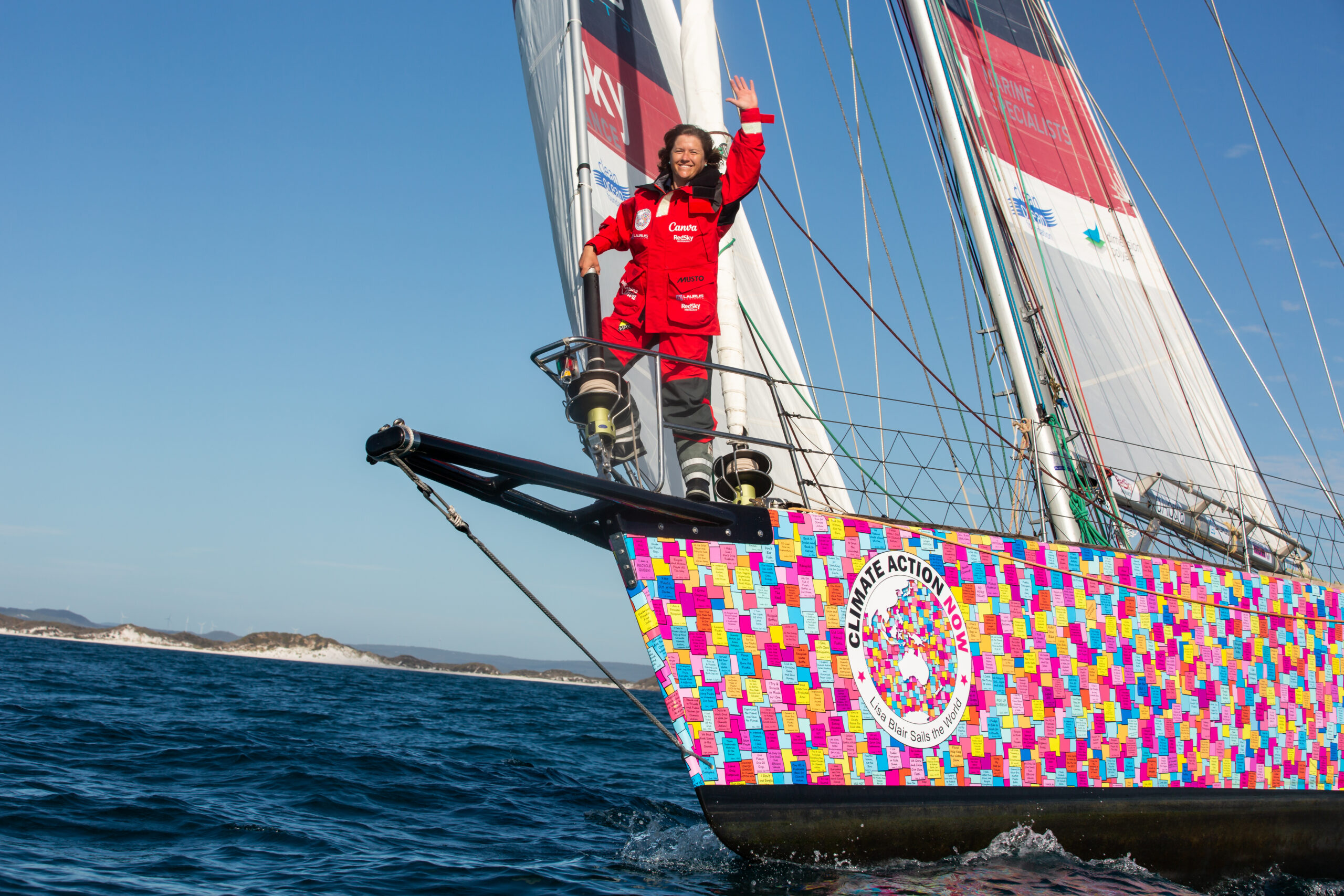 Blair out for a sail prior to her departure. Pic - Corrina Ridgeway

Read the below blog post from Blair, where she reflects on her journey so far.

Apologies for not getting a blog off till now, but things have been pretty busy around here, I am just settling into the routine.

I officially crossed the start line 13:53:20 on local time which is UTC +8 for Perth.  It was such a chaotic morning just loading the final items and saying my goodbyes to everyone who has helped me in Albany and before I knew it, it was go time.

To be fair I haven’t really had a lot of time to reflect on the fact that I was about to be setting of to sail solo around Antarctica and I would be without human contact for three months. That morning was no different, until I started to tear up as I saw all the wonderful local supporters lining the foreshore to wave me off.  It was a Monday morning and there were so many people there so thank you to everyone who showed up. It really does mean a lot to this solo sailor.

After leaving the harbour it was a long old slog motoring over to the stating position in 25 plus knot head winds before it was finally time to get the sails up and get in position for the start.  I also had a great crew of local sailors all out on their boats to see me off so thank you to you all for the farewell.  It was finally go time and as I blasted across that line I turned back and waved goodbye, a few tears escaped.  Not out or fear or sadness but more because this was such a huge moment in my life, I have been dreaming about setting this record since I first heard about it in 2014.

For the last eight years it has been my focus and when my project came unstuck in 2017 with the dismasting (you can read the full story in my book titled ‘Facing Fear’) I was heartbroken….. until I made the promise to take the challenge again one day. For those of you who have read the book, that whole dismasting scenario was very traumatic, and I very nearly didn’t live to tell the tale. But five years later I crossed the same start line and set the bows of Climate Action Now south with the goal of breaking that record. Fedor Konuykhov set the record in 102 days and so I am aiming for 90 days. Wish me luck.

After that I passed a couple of container ships while I sailed away from Australia and within three hours, I lost sight of land all together. The winds eased up by nightfall and I raised all the sails up and by the morning was needing to change from my J1 Jib – the large one to the smaller j2 sail. It’s been this annoying fluctuation of lots of wind and then not a lot but the lulls are only lasting for 30 minutes and every time I changed the sails to the larger one again the fresh winds would arrive. I think I am just going to have to suffer through going a little slower in the lulls for the time being.

By yesterday afternoon I was casually sitting on deck in the sun, soaking it in while I can and out of nowhere, I hear a jet engine. Looking over my shoulder there is a jet plane flying past, only a few hundred feet from the boat with high vis orange stripes. They were past so quickly that I didn’t have time to get a pic, but I did grab the radio. On their second pass I called them up. Turns out it was the Rescue craft 3330 out for a training flight and they wanted to drop in and wish me luck with my voyage. What a treat that was, services like the rescue team really need to be recognised for the great work that they do. I really hope that I never have to meet them in action, at least not helping me that is.

Last night was much of the same with the winds here one min and gone the next but I am slowly creeping south and it looks like I will be in for a period of no winds from Thursday until I clear this lull.