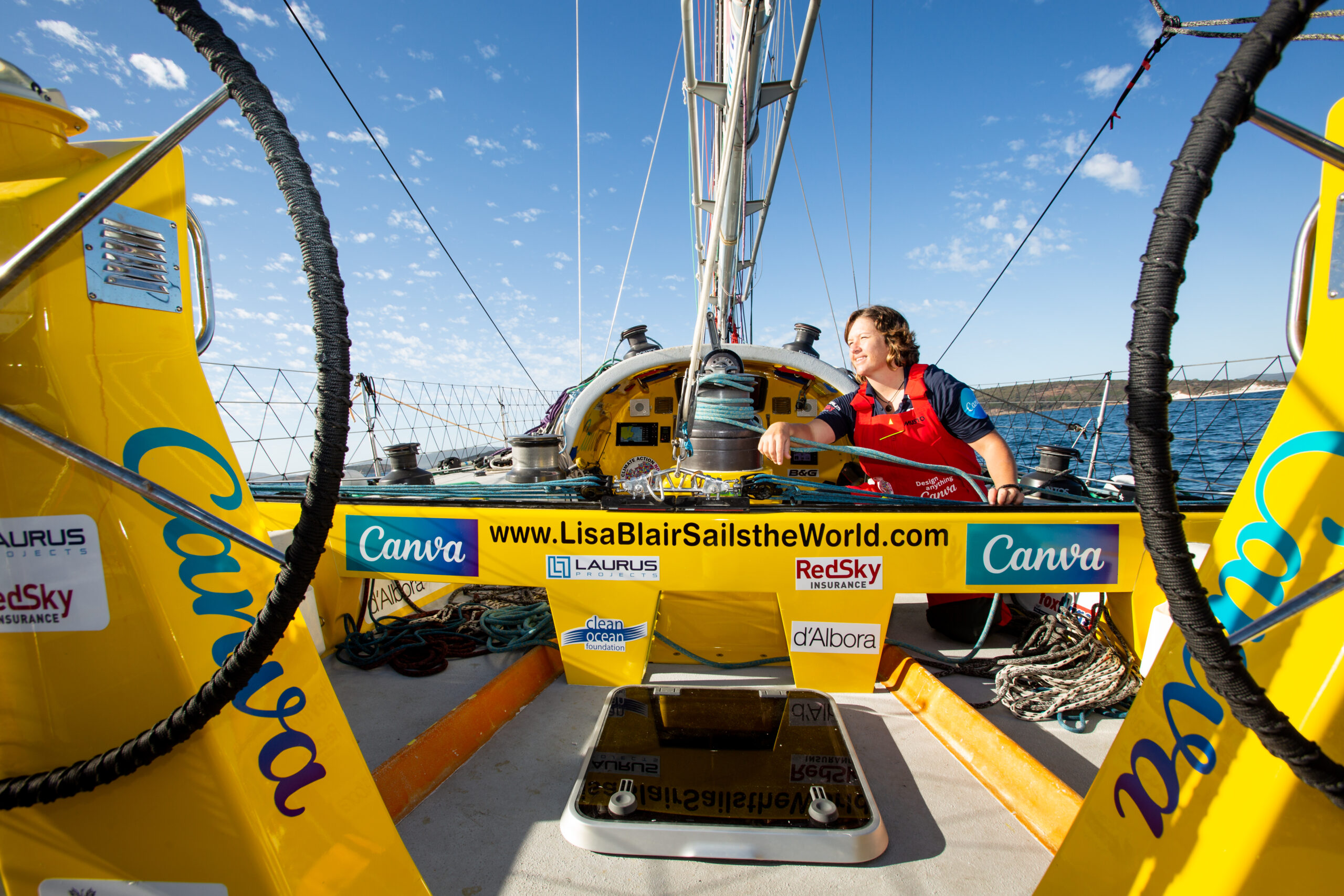 Australian solo sailing record holder Lisa Blair is 400 nautical miles ahead of her Russian rival’s record time as she hits the half-way mark, rounding Cape Horn this week, in her attempt to set a new world record for circumnavigating Antarctica solo and unassisted.

Blair currently holds the record as the first woman to complete the voyage from her 2017 journey on the same route when she was dramatically de-masted in the Southern Ocean and had to salvage her life and boat, eventually completing the journey after retiring to repair in South Africa.

Russian solo sailor Fedor Konyukhov set the 102-day record that Blair is chasing in 2008. She is about to round Cape Horn, the equivalent of summiting Mount Everest in the sailing world, a treacherous point where her journey marks halfway and starts to track back to Australia, a journey she is aiming to complete in approximately a month.

She has been enduring freezing conditions, 50 knots winds and giant three storey high waves propelling her fast to lead the current record which she is hoping to beat by 10 days or more. Ahead she now faces the notorious ‘Iceberg Alley’ as she treks below the Falkland Islands.

Behind her she has passed Point Nemo – the most isolated place on earth, having now sailed for over 40 days without seeing another vessel or land.  But marine mammals and birdlife have been present as have the hazardous seas.

“We were airborne and I was mid-flight in the navigation station, and I knew in my mind that this wave was different,” Blair reported recently. “It just felt so much larger and more powerful than the others. We landed with a jarring impact. Instead of rolling over or under us the wall of white water from the broken wave just continued to shove us along. It wasn’t going around us, instead it was clearing a path for itself.

“Climate Action Now was getting pushed along on her side completely at the mercy of this wave.  It was not a short distance either. It felt like we had been pushed over 50 meters along by this wave. It seemed never ending until it finally passed us and left us wallowing in its wake.”

In this extreme environment Blair has been a living science experiment with her boat – ‘Climate Action Now’ literally being a mobile weather station for the Bureau of Meteorology. She has also deployed three weather drifting buoys in this remote environment that help monitor currents, pressure and temperatures, dramatically improving forecast models according to the Bureau. The data Climate Action Now supplies will improve both forecasts and warnings systems.

Working with the Australian Institute of Marine Science (AIMS) and Integrated Marine Observing System (IMOS) she has been able collect valuable data rarely able to be observed. Sampling and readings she is collecting will be able to be studied for issues like microplastic levels once she returns to Albany in Western Australia.

Among other achievements Blair also holds the record for the first woman sailing solo, non-stop and unassisted around Australia. She was given the Spirit of Adventure Award by Australian Geographic and has published a book about her first Antarctica voyage called Facing Fear.

Blair’s exact position is on a live tracker via her website Lisablairsailstheworld.