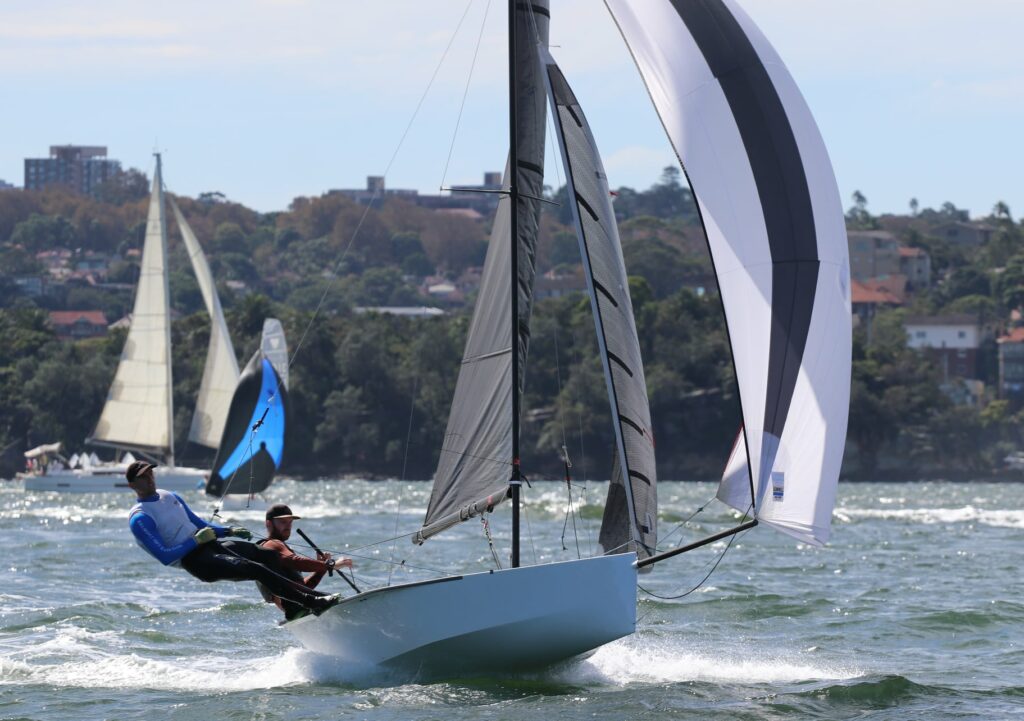 Belmont's Henry and Jordan Makin (3183 Huey and Dewey) won the Cherub NSW Championship over the weekend. 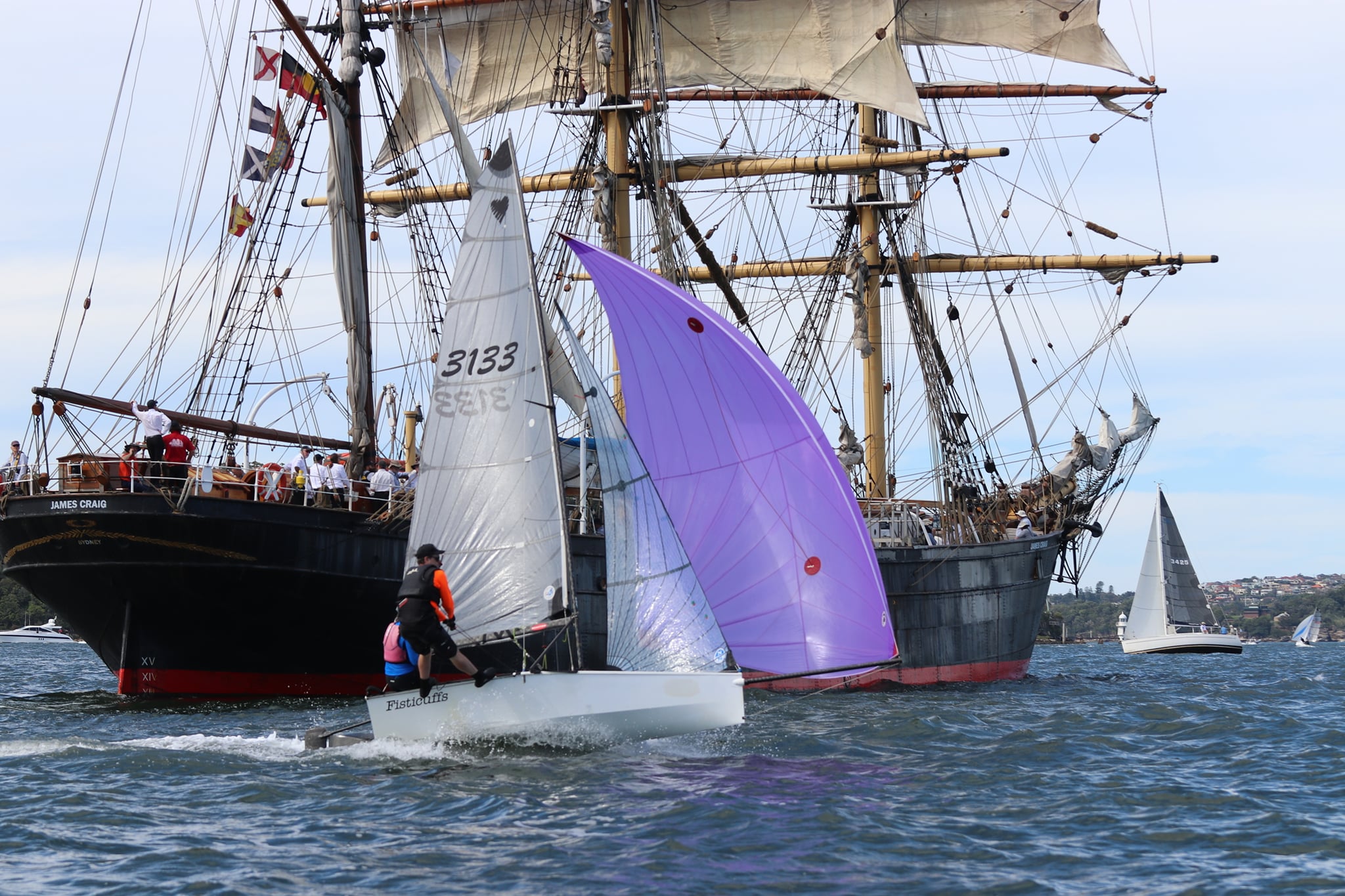 Heidi and Mitch Kornman (3133 Fisticuffs) getting a bit close to the James Craig. 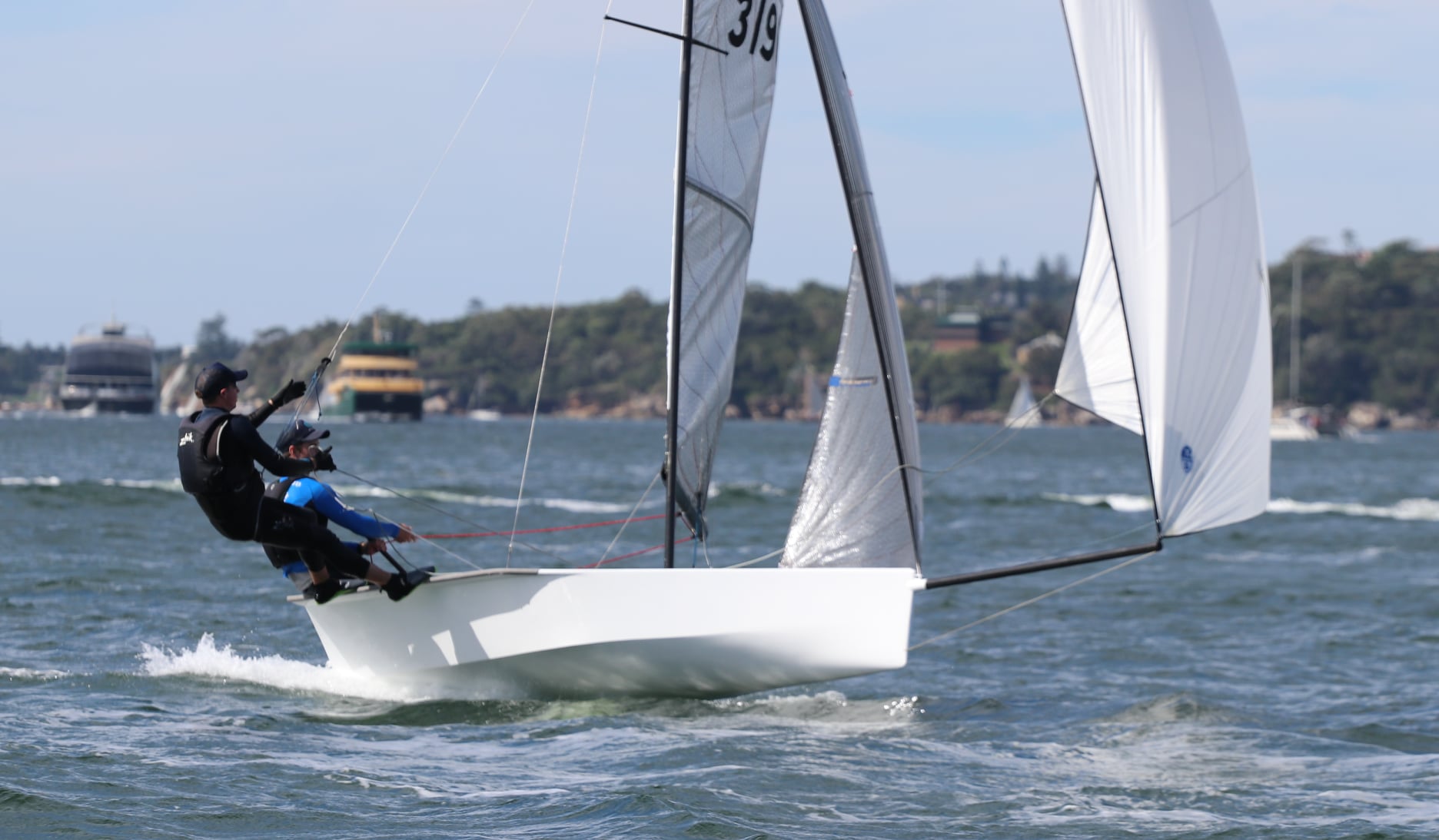 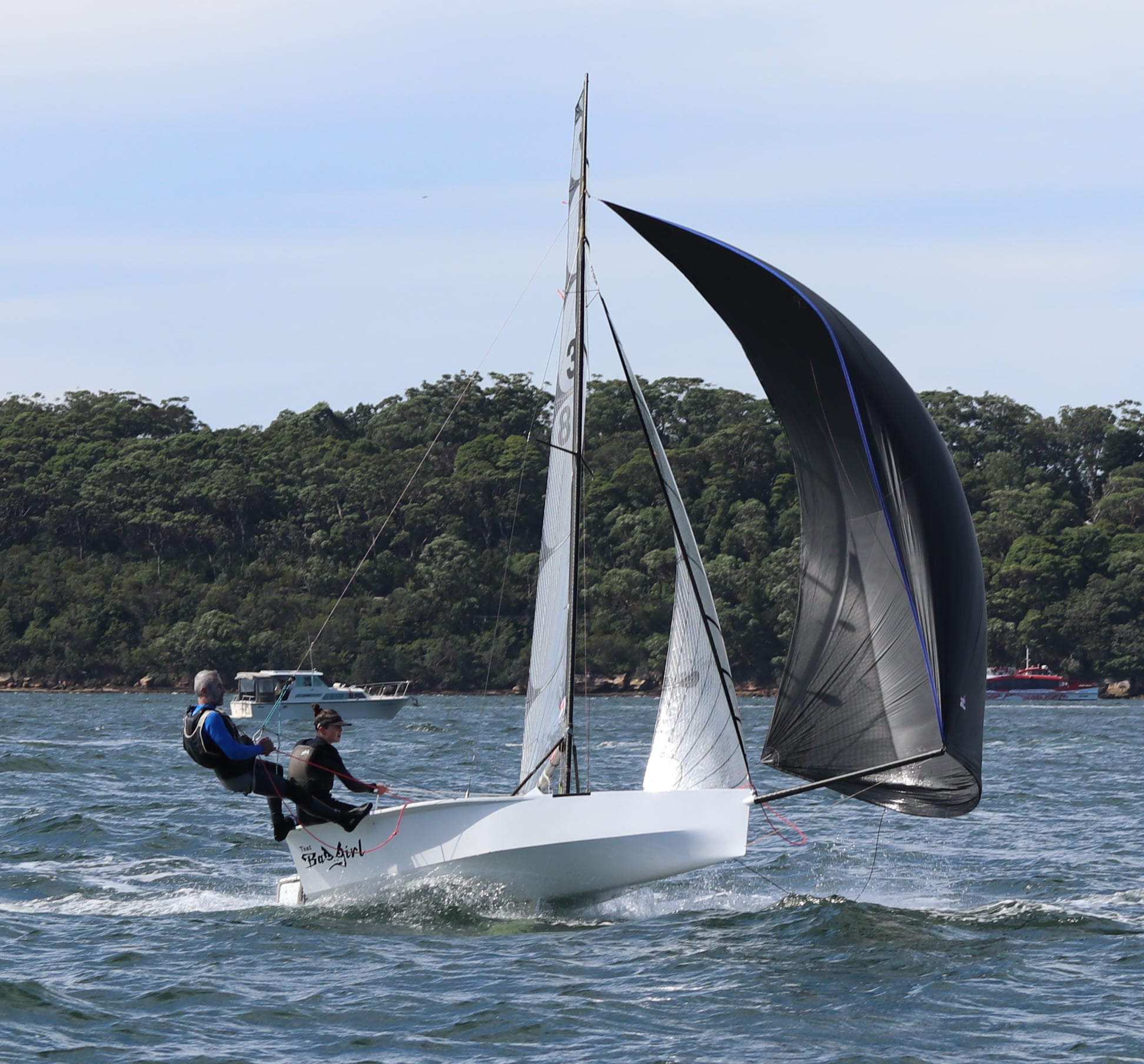 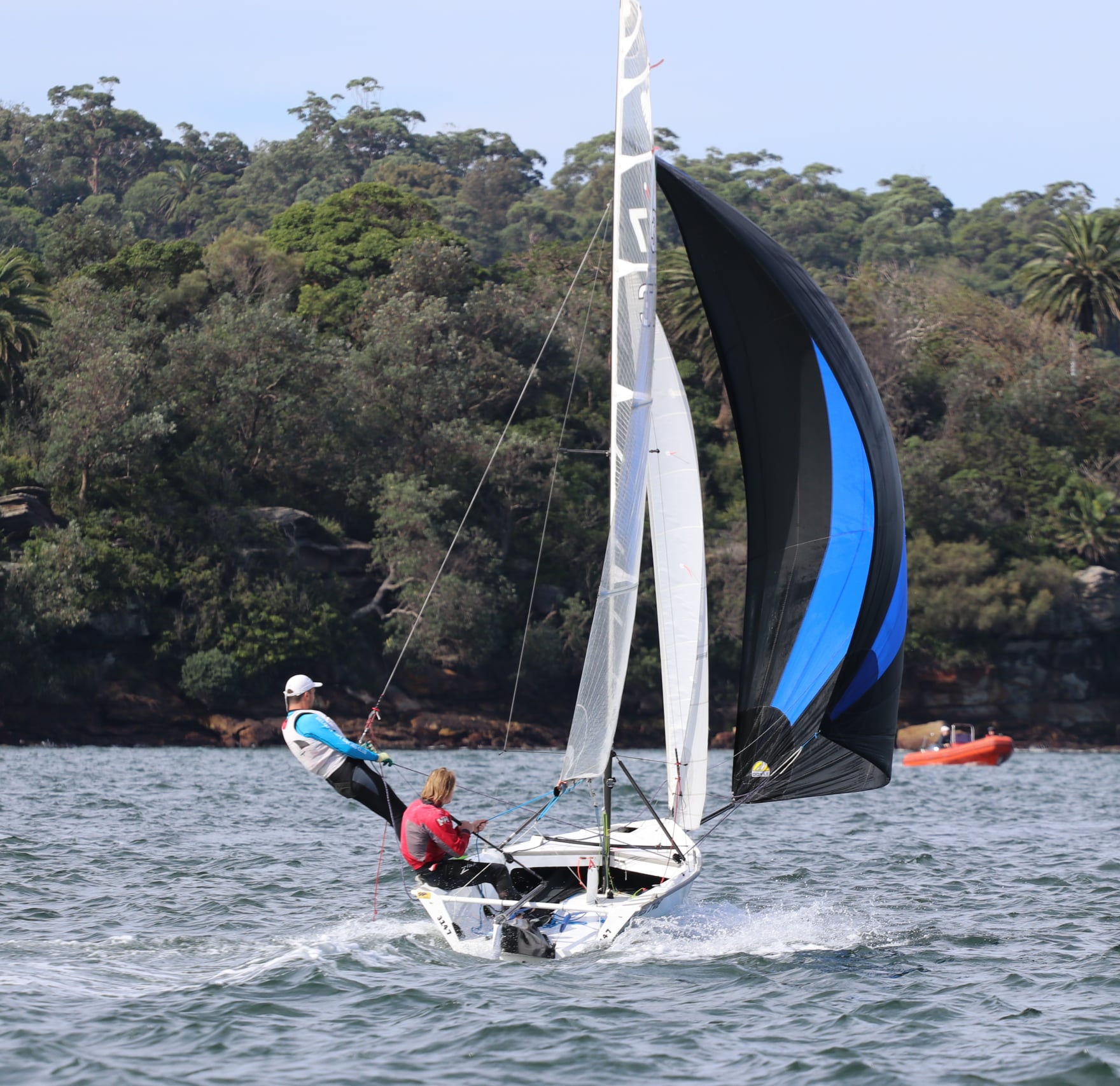 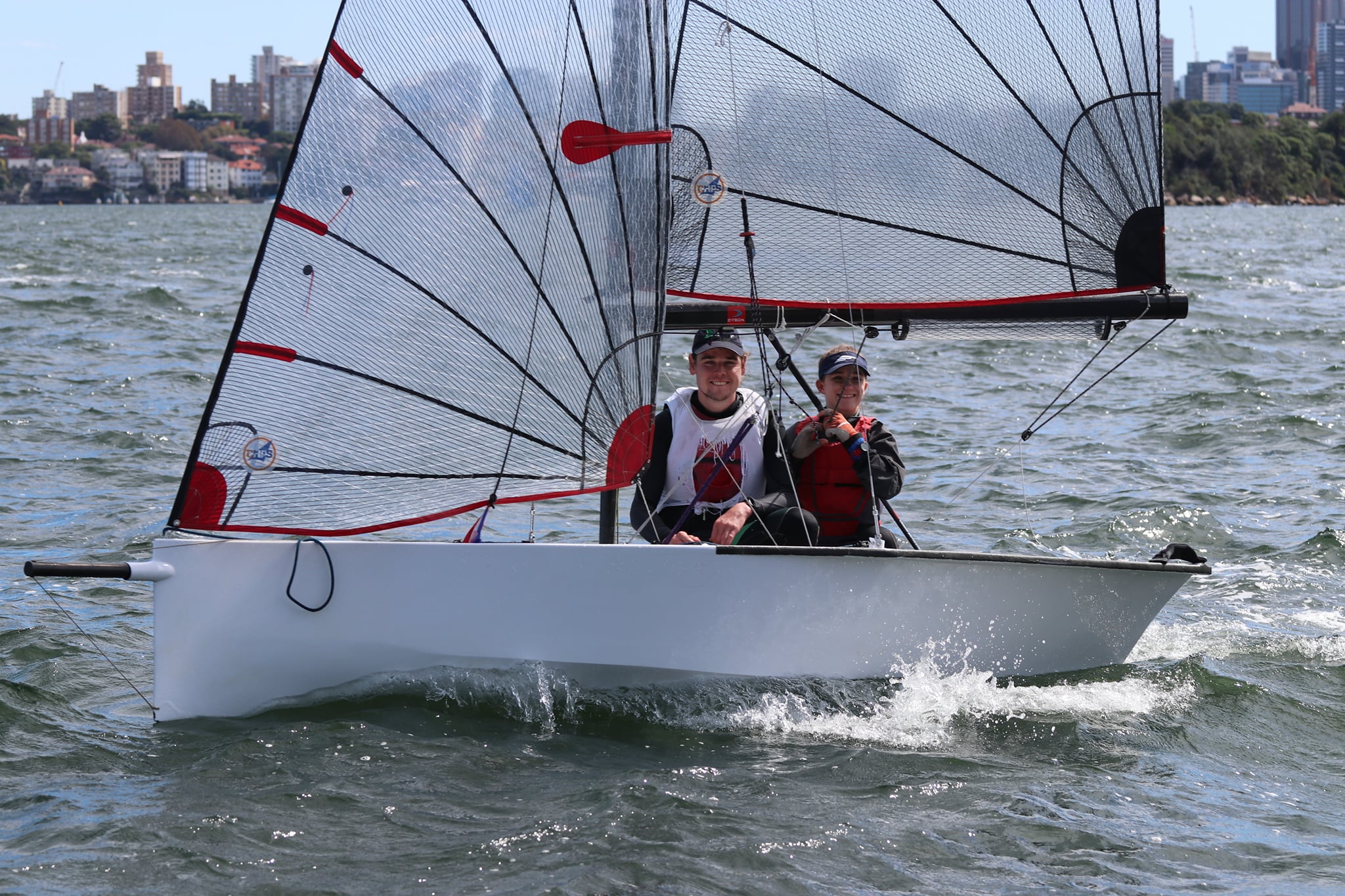 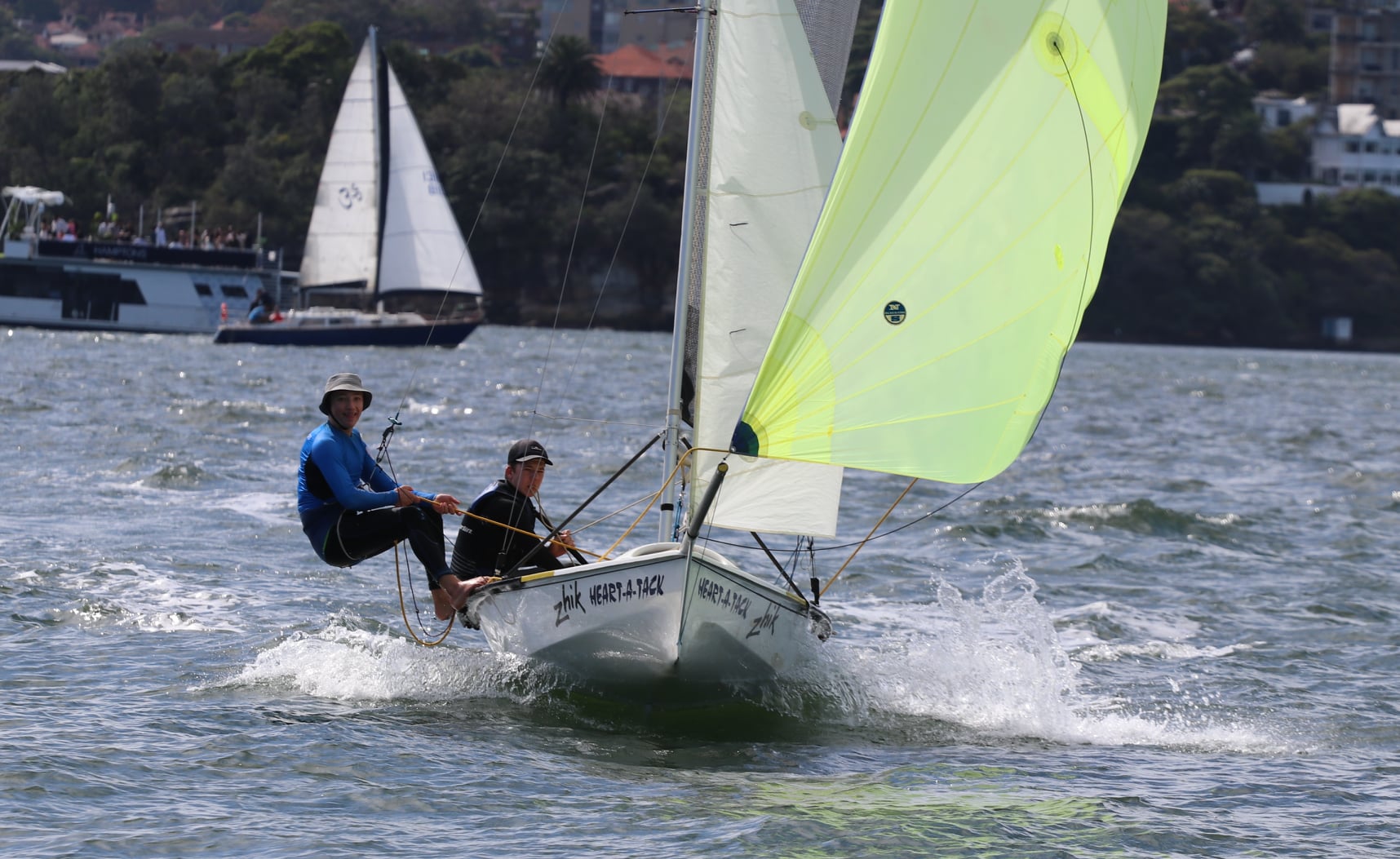 Riley Armstrong and Ziggy Ewart (3101 Heart-A-Tack) were runners up on handicap.

In keeping with the previous three rounds, overcast skies and southerly winds greeted boats for two short races at Abbotsford on Saturday. As PRO Robyn Tames put it, the conditions called for “tactical sailing”, with wind shifts and the narrow constraints of the Paramatta River keeping the sailors on their toes.

Belmont’s 3183 Huey and Dewey lead the fleet in the first race, with the newest boat in the fleet 3196 Motorboat sailed by Nathan McNamara and Peter Mcleod from Drummoyne taking out line honours in the second race. Sunday’s blue skies and westerly winds at Sydney Flying Squadron made for a welcome change, with Huey and Dewey yet again showing the fleet how it’s done, winning the last race of the series.

After 11 heats, Henry and Jordan Makin in Huey and Dewey outsailed 36 competitors from six different clubs to be crowned the 2021/2022 NSW champions. A dominant 14.5 points separated the winners from Drummoyne daughter and father duo, Adele and Dan Philips in 3118 That Bad Girl in second place, with Luke Sullivan and James Walters in Belmont boat 3147 Camel Toe rounding out the podium.

NSW Championship Handicap winners were Will Beck and Tony Harrison in 3166 Nice Aft from Drummoyne. Notable performers were Queens Lake Sailing Club sailors Riley Armstrong and Ziggy Ewart who, competing in their first Cherub event, were runners up on handicap in 3101 Heart-A-Tack.

Thank you to all of the Clubs who hosted the Cherub class over the four weekends, and all of the volunteers who made the sailing possible. An additional thank you goes to Henry St Hill who, after three years of filling the position, stepped down as NSW Cherub State President on the weekend.

Looking forward, the NSW Cherub fleet is excited to be reuniting with its Western Australia, South Australia, Queensland, and ACT counterparts for the 58th National Australian Championship in Wangi Wangi at Christmas time.

With a growing fleet of Cherubs in New Zealand, and an interdominion division will form part of the Championship with a number of Kiwi Cherub sailors planning a challenge – keep an eye on news at https://cherub.org.au/ or the Cherub National Council of Australia Facebook page.

For the overall placings for the series, follow this link.