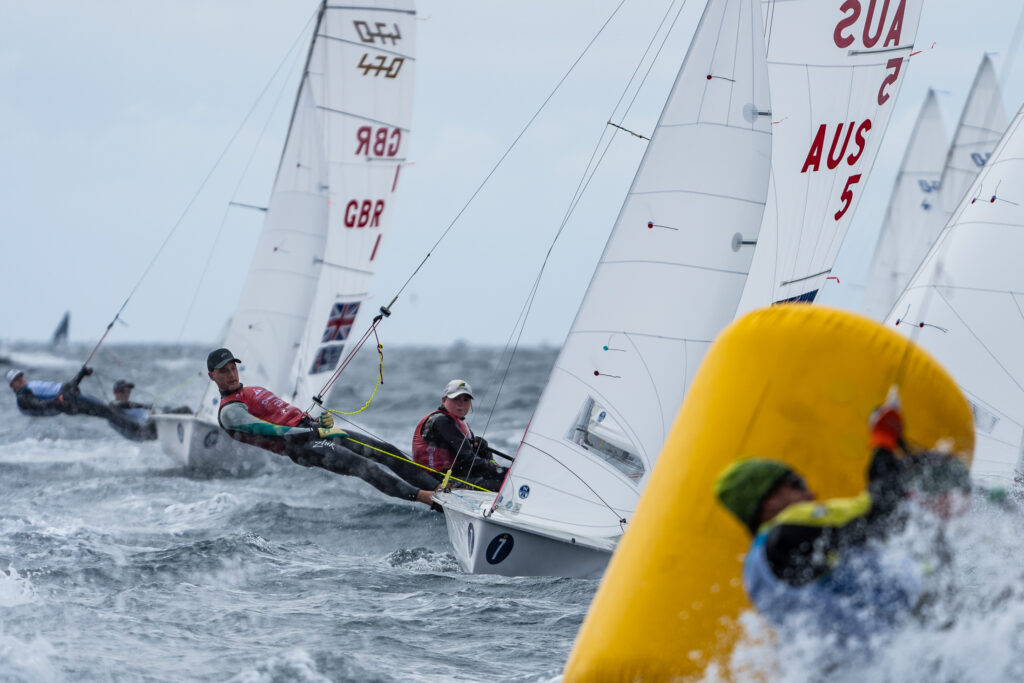 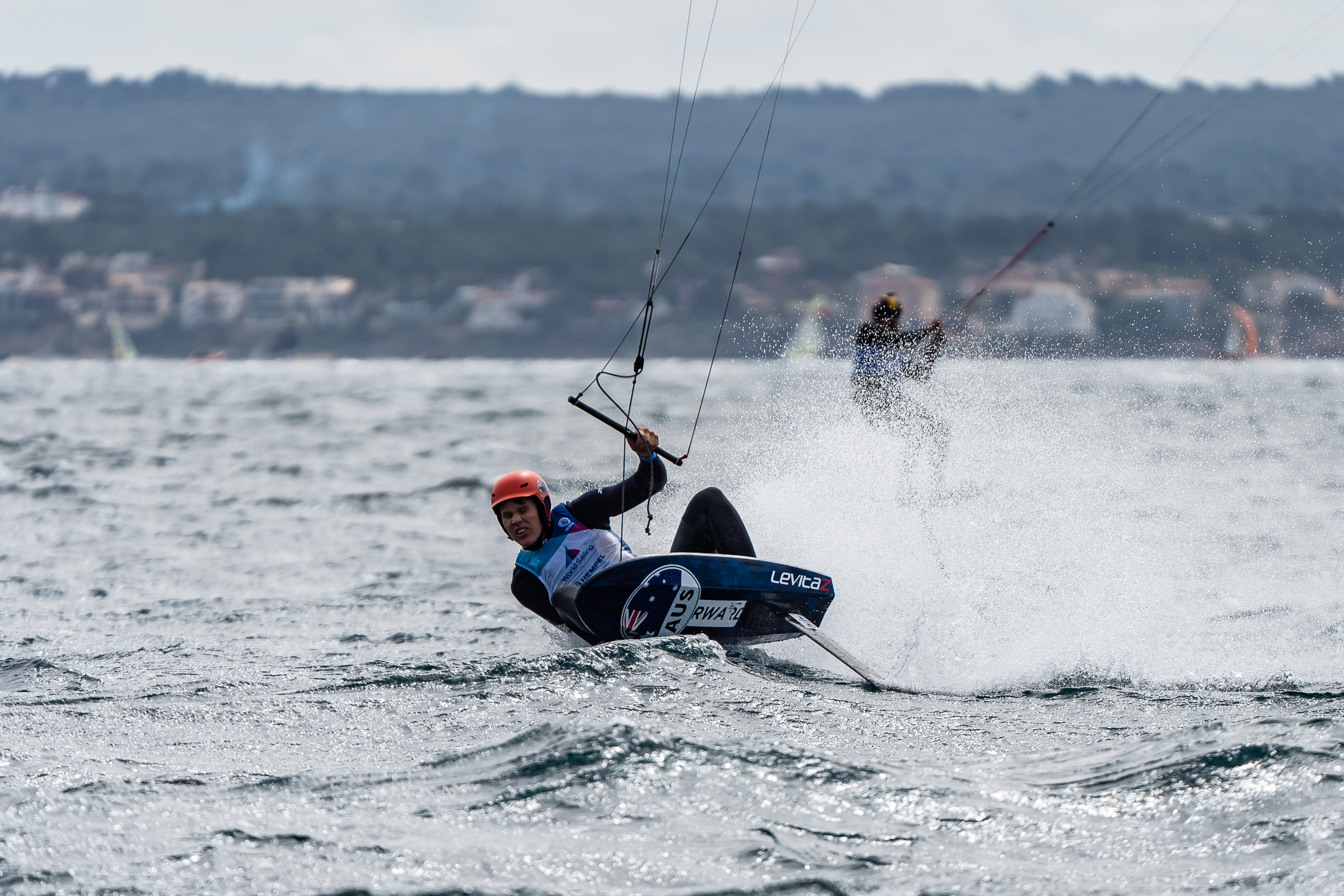 Nia Jerwood and Conor Nicholas have continued their good form to hold on to third place overall in the 470 Mixed. The Western Australians added a further win to their tally and with a drop in play, are just three points off the lead.

“We had a brilliant first race, everything was going well. We had good speed and picked the shifts well. The second race was not so good. We missed a couple of shifts, overlaid the mark then ran into another boat. We misjudged it. We did our penalty turns. Overall, it was a solid day. Conor and I are enjoying it,” Jerwood commented.

“It wasn’t as windy as yesterday, but still up there (18 to 25 knots). There were times we had to really hold on at the windy end. We expect it to stay like this for the rest of the week and lighten a bit towards the end,” she said.

Luke Elliott made a leap up the ILCA 7 leaderboard as a drop came into play after the fourth race. The Fremantle Sailing Club athlete dropped a 19th place from Race 1 yesterday, with a win and sixth place today moving him up to sixth overall and the best placed Australian.

Finn Alexander is giving chase in eighth place, while Matt Wearn put yesterday’s gear failures behind him to score a second and a bullet, skyrocketing up the leaderboard from 122nd to 32nd overall, as Australia continues its dominance in this class.

Elliott commented after racing, “It was a bit lighter (in wind strength) and a little bit warmer today. It was unfortunate being in the Red fleet, as we had to wait around a while in the cold. It went pretty well though. I led the first race from start to finish. I had some good battles with French and Dutch sailors, but I held them off.

“In the second race there were two types of breeze. There was a left-hand breeze on the left of the course and a right hander on the right. You had to commit, which made deciding tricky, as you didn’t know which side would pay. I took the middle and finished sixth. I had a solid day and I have to stay that way. It’s the first event of the season, so it’s good training,” Elliott said.

Breakages proved costly for two Australian teams on the first day of 49er competition, despite showing good form in the races they were able to safely contest. Queenslanders Tom Needham and Joel Turner opened their account with fourth place, but their main halyard broke before Race 2 and they were scored DNC.

Jim Colley and Shaun Connor did the same in reverse. The Royal Prince Alfred Yacht Club pair’s main halyard broke before the first race, then they came back to place fifth in Race 2.

Colley explained after the second race: “We’re both using new masts, it’s a teething issue, but it should be fine now.

“It was a pretty big day on the water; windy offshore and a bit choppy. Luckily, we were on an inner course, so it didn’t really affect us. We snapped the halyard before the start of the first race and went on a salvage mission. We went back to beach, lashed it and came out for the second race,” he said.

“It took us maybe five minutes to get back into the swing of things and we finished fifth. We felt really good today against the rest. It shows that the work we’ve been doing lately is paying off. We just have to fine-tune a bit,”

Ashore after the second race, the 49ers returned to the course for one more race.

Colley and Connor finished third and are 10th overall, six points behind the overall leaders. Needham and Turner placed fifth for 16th overall, a mere point behind their fellow Australians. Both results are on countback, so the two teams are better placed than the results indicate.

Meanwhile, there is a battle royale among the four AST and ASS athletes in the ILCA 6 class, with Zoe Thomson now leading the charge in 15th place. Casey Imeneo is right behind her in 17th after winning Race 4.

The Nacra 17 teams of Jason Waterhouse and Lisa Darmanin and Jack Liddell and Lucy Copeland did not race today. All except Liddell have tested positive for COVID, so are in isolation.

As is the usual practice, the Australian Team is following strict protocols to mitigate the risk of contracting the virus and are adhering to the isolation requirements in Palma. The affected teams and their coaches are disappointed to be missing valuable time on the water but will be ready to return when the protocols have been met.

The Olympic classes regatta continues (Wednesday local time) and ends on Saturday 9 April with the Finals and Medal races.