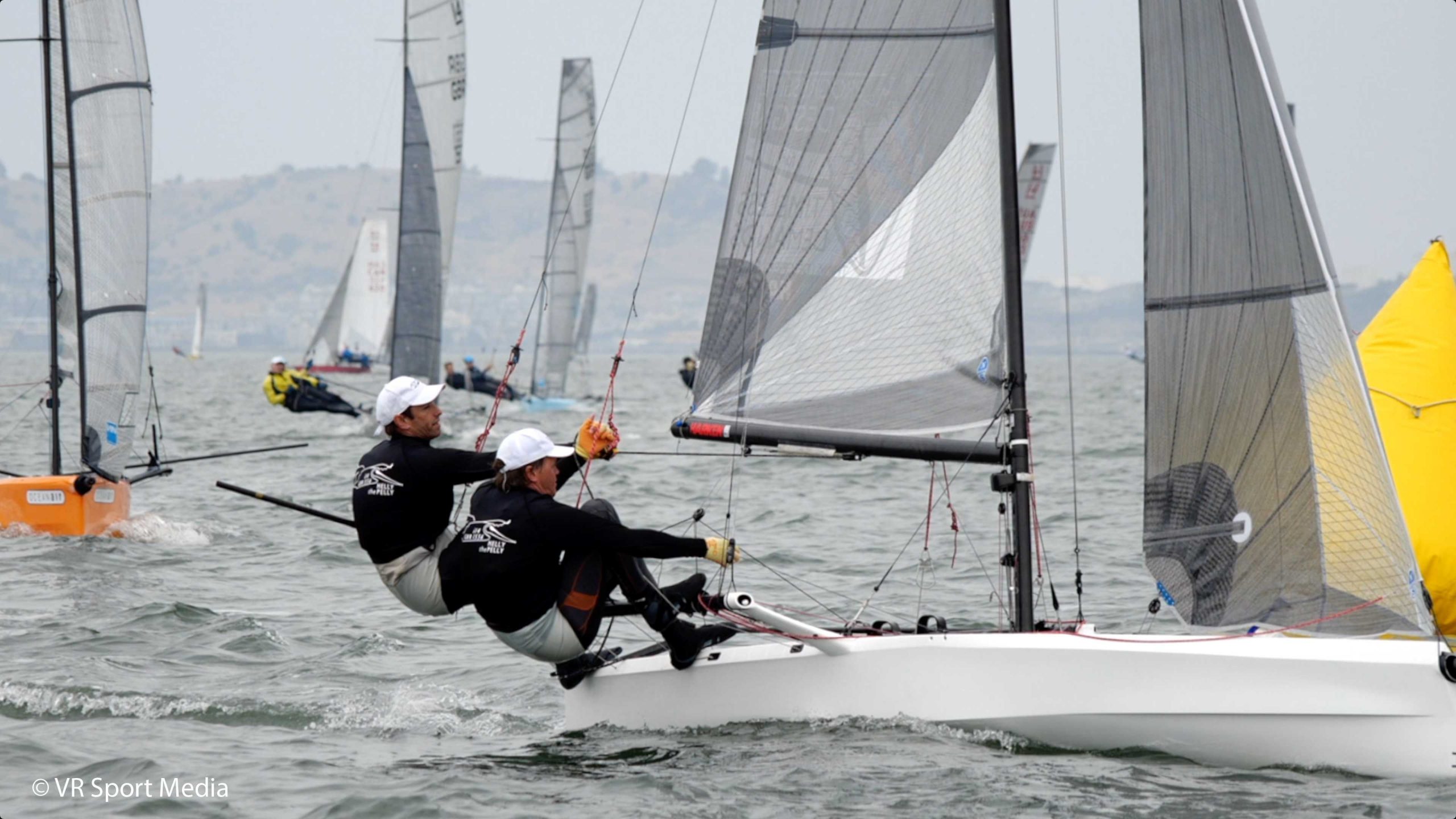 Air of tension within the boat park – things are getting serious and the winds dropping allowing the lighter crews the chance to hit the front.

After a postponement ten seconds before the start of Race 5, which would have been a general recall, the fleet turned around for the restart. Left or right or up the middle? Most of the fleet hit the left and a few intrepid skiffs went right – left won and plenty hitting the port lay line. Dan Holman/ Alex Knight (GBR 1556) came in hot and tacked just in front of Andy and Tom Partington (GBR 1559) – their lead didn't last long as 'Penguin Dance' quick stepped over the top of them down the first run.

Tight covering by the Partingtons, father and son duo, allowed the British team to haul in another win – their third in five races. This leaves them fourth overall and discards come into play after the next race. Currently Neale Jones/ Ed Fitzgerald (GBR 1553) are heading the overall table with two Aussie skiff teams alongside them on the podium for now. The German crew, Borkenstein/Dietrich (GER 28), built for heavy winds, had a mid fleet performance but still very much in contention (if the breeze follows through as forecasted).