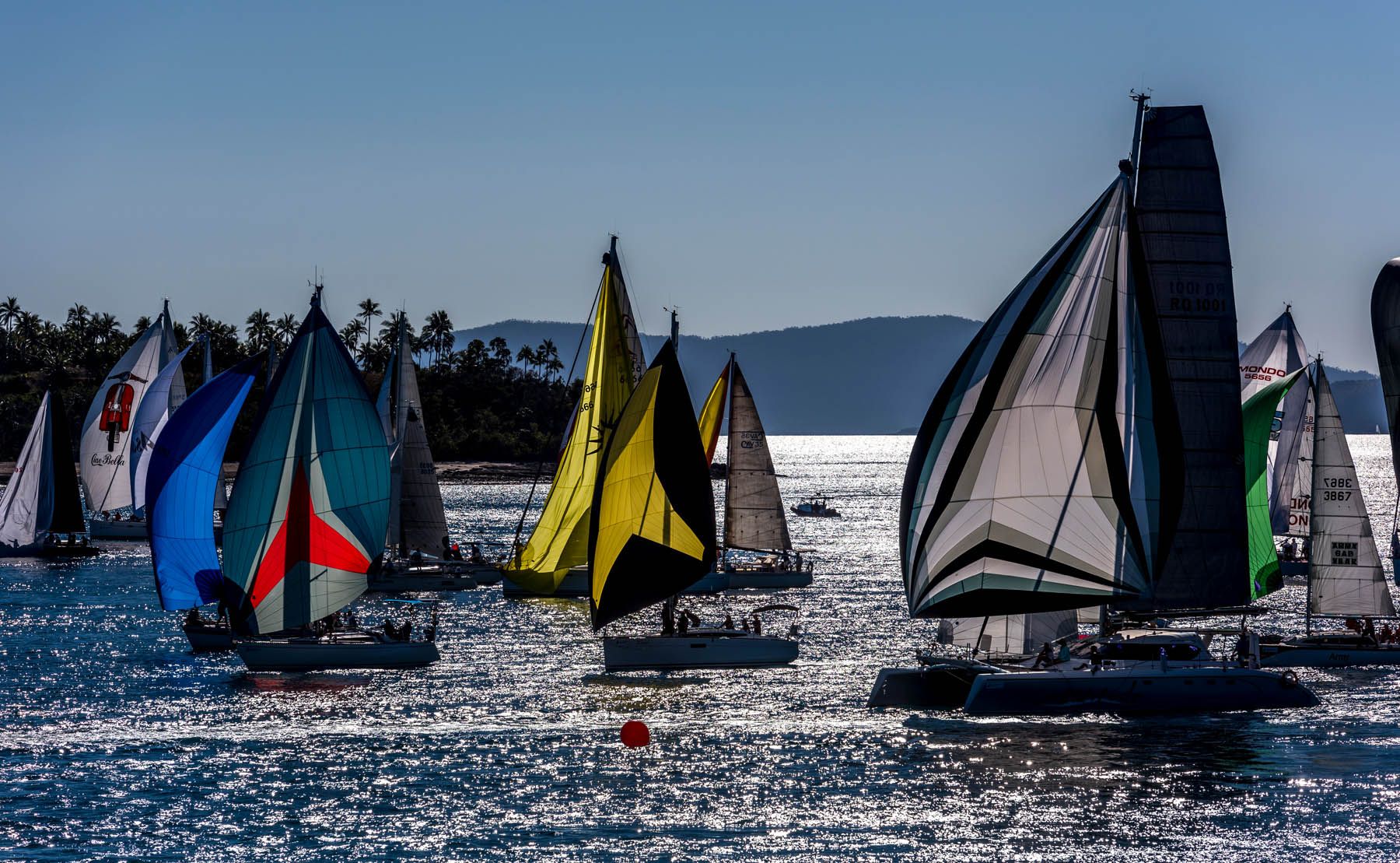 A new windward/leeward course around Yandala and Edwards Islands to the north-east of Hamilton Island benefitted Peter Harburg’s Queensland 100-footer Black Jack. They took a first line honours win off Wild Oats XI from four starts, despite potentially handicapping themselves out with an individual recall at the start. Black Jack’s stumble in Turtle Bay became their winning move when the credentialled crew of Tom Addis, Iain Percy (UK), Anthony Nossiter, Billy Merrington and skipper Mark Bradford, among others high-level sailors, opted for a different tack to the main bunch.

Harburg’s supermaxi with the Formula 1 chequered flag livery headed offshore where the breeze incrementally built to a top-end 8 knots out of the north and they moved into first in the fleet, followed to the finish by Phil Turner’s RP66 Alive.

In race two the Oatley family’s Wild Oats XI evened the day’s score. “We cleaned them up nicely at the start, they managed to swing and tack off on port and we ended up in battle with the 50-footers and had to duck Alive,” Bradford said.

For the second island windward/leeward start the breeze marginally increased to 10 knots and combined with flatwater offshore conditions all IRC divisions completed their courses by late afternoon before the motor back to Hamilton Island harbour at dusk.

Alive’s trim coach Mike Mottle said, “Alive’s day was fantastic – we had a great first race and found ourselves in between the two 100-footers at the top mark. The TP52s have still got the upper hand on us. How lucky am I to be here?” he added.

Upwind and downwind in 10 knots of breeze is when Gerry Hatton’s Mat 12.45 Bushranger, with retired boat builder John McConaghy and owner Gerry Hatton sharing the driving, comes into its own.

“Bushranger is set up for those conditions; it was just right for us,” said tactician Michael Fountain. “Everything came together just nicely for us with a couple of good starts and getting the shifts right.

“Hopefully we get another windward/leeward tomorrow; we’ve got to put enough in the bank for the Lindeman Island Race, which might not suit us.”

Navigator Ben Davis said, “racing’s been tight; it’s hard trying to beat the 47.7s around the track and we look forward to tight racing for the last couple of days. Whatever it’s going to be weather-wise will be.” Being one point in front of Eagle Rock One David added, “the regatta is still on for us two, and Popeyes is still in with a chance.”

The forecast for the penultimate day of racing on Friday August 24 is partly cloudy and a repeat of light winds at first, tending E-NE at 6-12knots during the afternoon.

Results for all divisions