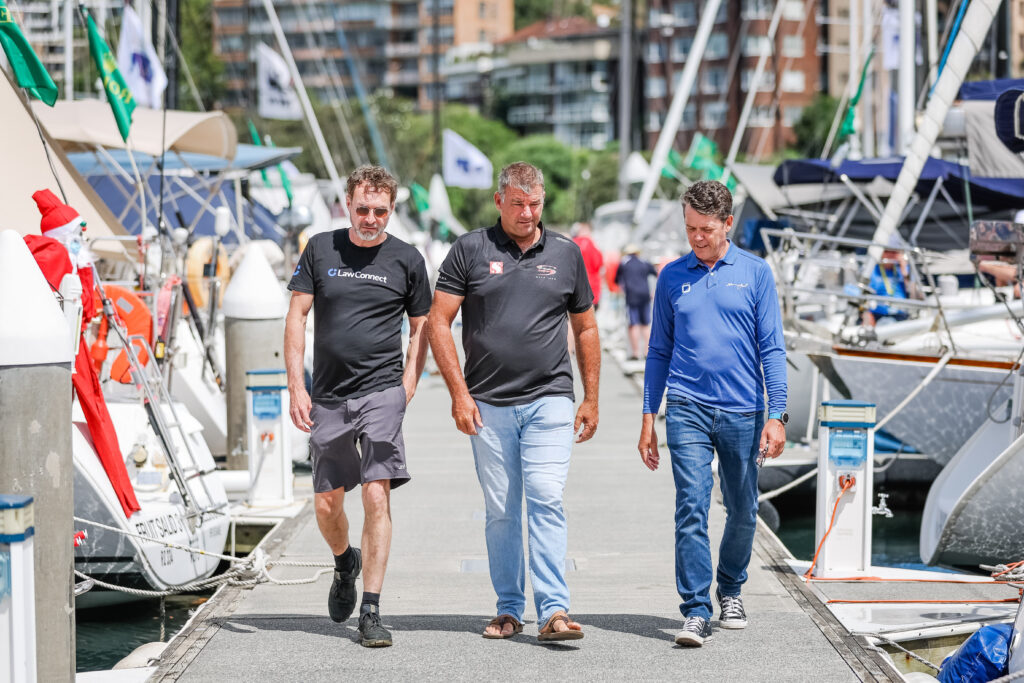 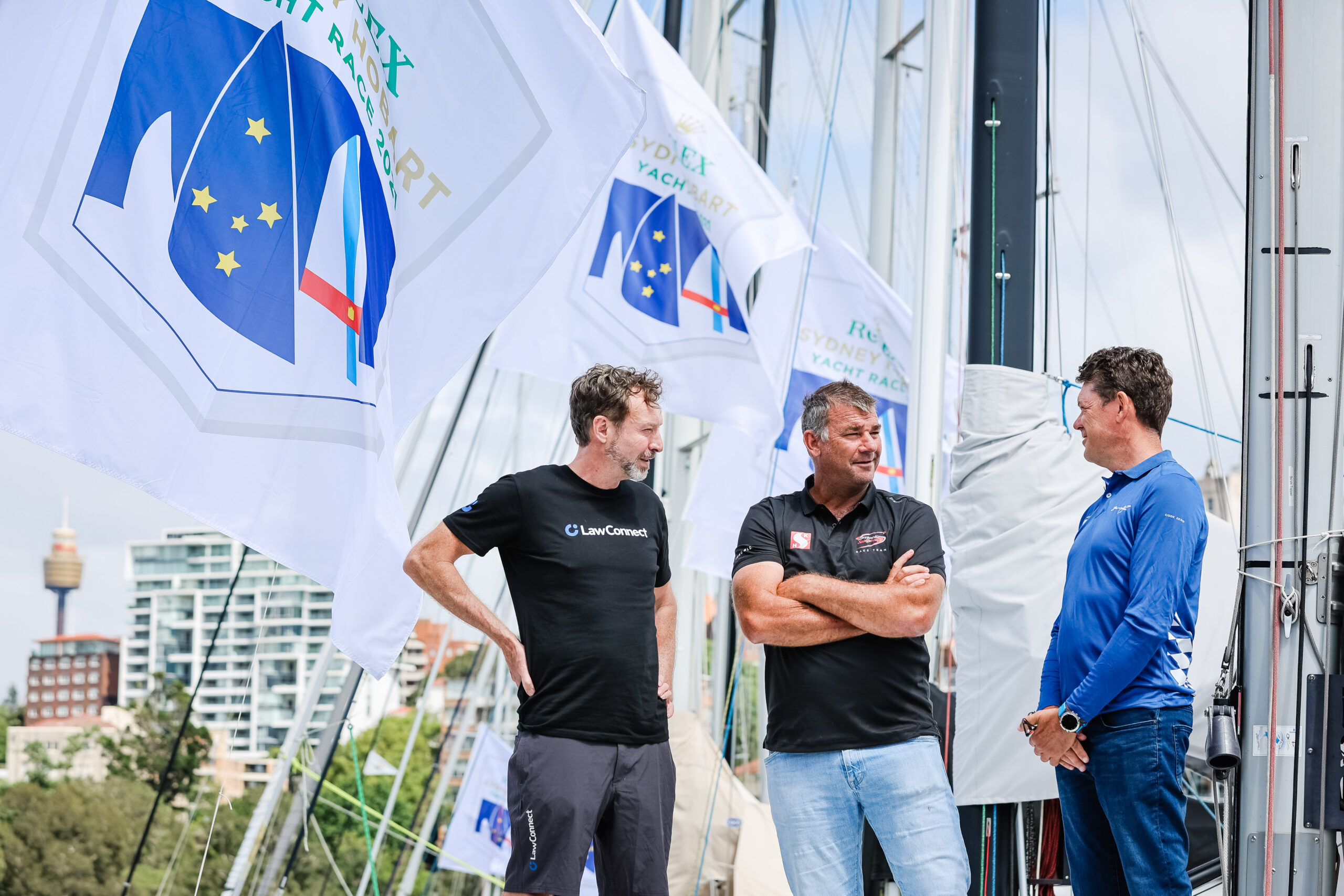 The forecast of strong southerly winds and rough seas may be a concern for many in the Rolex Sydney Hobart Yacht Race for the Boxing Day start; but not for Christian Beck.

The owner/skipper of the 100-foot LawConnect, one of the favourites for line honours and the John H Illingworth Challenge Cup, is relishing the prospect of a rough and tumble ride south.

In this year’s race, his boat, the former Perpetual LOYAL which won line honours in 2016, is the heaviest of the three big boats – the others being Black Jack and SHK Scallywag 100.

Because of its build and weight, LawConnect is regarded as the best suited of the three maxis for conditions like what the Bureau of Meteorology of NSW forecasted for the start.

“That’s our best conditions. We love a good hard southerly,” Beck said at the Cruising Yacht Club of Australia today.

“It gives us an ability to get out into the wind. Obviously, we don’t want the boat or any boats to break, but our boat has bashed through so much of that stuff, it’s pretty unlikely to break.”

The fleet is bracing itself for a rough and tumble race, judging by the latest forecast.

Sunday’s forecast for the start is for cloud cover and 10-15 knot southerly winds, increasing to 25-30 knots outside the Heads. Showers are expected with possible thunderstorms later.

The first night at sea is expected to be a bumpy one, with the winds turning to the south/south-east at 15 to 25 knots and one to two metre waves on a sea-driven swell.

David Witt, skipper of SHK Scallywag 100 and sailing in his 25th Sydney Hobart, believes the first 24 hours will be crucial for the maxis.

However, this close to the Boxing Day start at 1pm, Witt said that his mind is focused on hoping all of his crew are cleared to start the race.

COVID-19 protocols require all Rolex Sydney Hobart crew and staff to undergo a PCR test within 72 hours of leaving for Tasmania.

“The first step is to get through the PCR test. I think that’s going to be the biggest thing,” Witt said today.

“We’ve got 18 crew. So, you know, any of us could get dropped out, testing positive, and that’ll throw a massive spanner in the works. That’s probably the biggest thing.

“So, I think you’ve got to stay in the race for the first 24 hours. That is probably the biggest part. Then see what happens.

“Hopefully ours doesn’t [break]. Hopefully [all the maxis] don’t. It would be good for the three of us to go up the Derwent together.

Mark Bradford, skipper of Black Jack, is the only one of the three 100-foot skippers to have tasted line honours success in the Sydney Hobart, but as crew on Investec Loyal in 2011.

He believes the three big boats are all different to each other, and for that reason will be suited to varying points of the race.

“Christian’s boat should be the best performer in the first 24 hours of the race,” Bradford admitted. “Then it will be a question of who can play catch-up the quickest after that.

“But the boats are built for different things all together.

“Ours is the best light air boat. Christian’s is the best heavier boat. And Witty’s boat sits right in the middle of both of us. So, yeah … luck comes into that.”