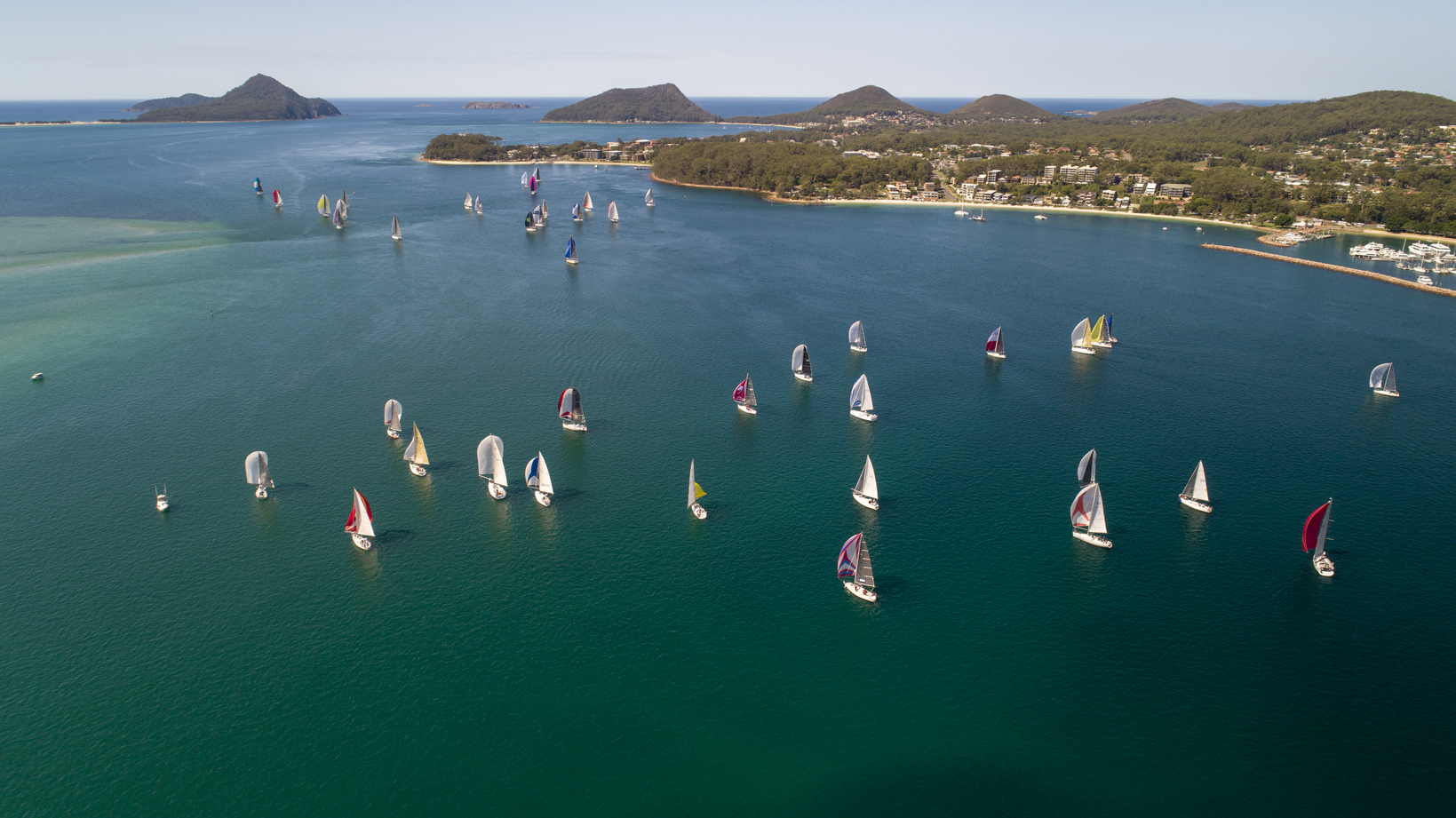 It was summer revisited for the offshore course that began off the Nelson Bay breakwater at lunchtime and weaved around the uninhabited islands at the entrance to Port Stephens on the New South Wales Hunter coast.

The afternoon temperature peaked at 31 degrees, accompanied by fading west nor’west winds which made the going tough for the close of the 16 nautical mile course around Cabbage Tree, Little and Boondelbah islands for divisions 1 and 2. Divisions 3 and 4 completed a shorter 12 nautical mile course in a better-late-than-never twilight sea breeze.

Given the late race finish, results were still being finalised at the time of publishing. Results will be posted overnight here http://www.topyacht.net.au/results/2019/sps/index.htm

The forecast for Tuesday April 9, 2019 is WNW winds in the morning turning WSW by mid-afternoon then switching south and building to 25 knots overnight, bringing a possible storm and high probability of rain.

The Bannisters Port Stephens supported Commodore’s Cup makes up the first half of Sail Port Stephens. The second half will bring a new batch of boats to the region for the Pantaenius Port Stephens Trophy from April 12-14, incorporating the Garmin NSW IRC Championship, Performance Racing and Cruising Series, NSW Super 12 Championship, Australian Sports Boat Championship and VX One NSW Championship.