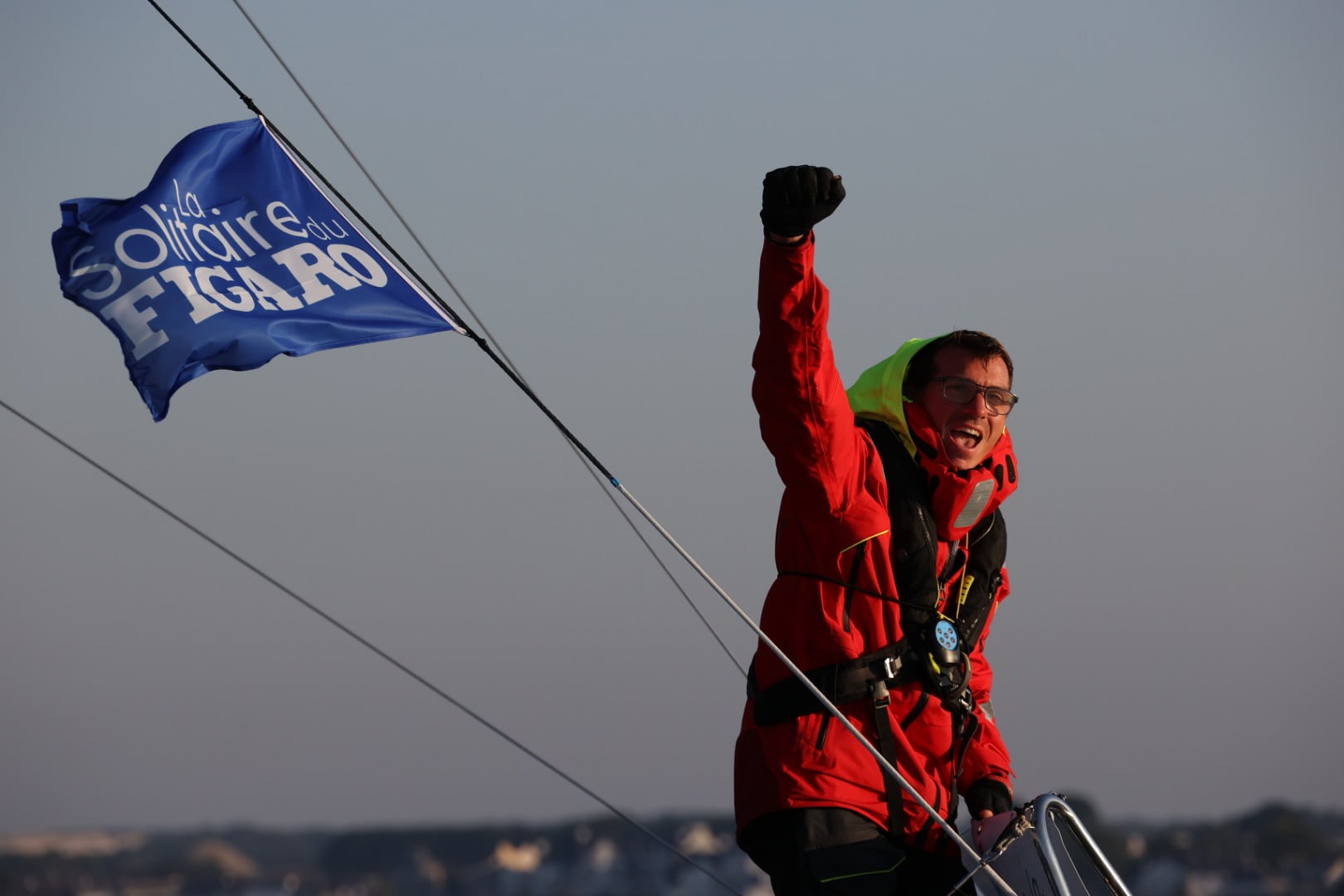 Just as he won the first leg of the 2020 edition of the race, Xavier Macaire (Groupe SNEF) has triumphed again in the gruelling 627 mile opening stage of the 52nd La Solitaire du Figaro.

Having sailed an immaculate course downwind to La Coruna and back upwind to the Lorient line, Macaire made his key gain on the fast, bumpy wet downwind final miles to Los Farallones buoy on the North-West of Spain. The Frenchman sailed nearly half a knot quicker than his rivals, ensuring he rounded 10 minutes ahead of second placed Pierre Leboucher (GUYOT Environnement – Ruban rose).

Back on the dock Macaire said, “What a leg! A great one, just like we were looking forward to. It all came down to when I grabbed the lead on Monday night. After that, I made gains now and then, watching what was happening behind me. I had a scary moment, when I saw the others change course.

“But it worked out with the timing just right. I found some good speeds and enjoyed it. When you are away from the others, it’s hard to know how far ahead you are in terms of your lead.”

When he took the winning gun this morning into Lorient the second placed solo racer Pierre Quiroga (Skipper MACIF 2019) was still more than five miles behind. On the final 140 miles of the windward leg back across the Bay of Biscay, Macaire negotiated the tricky passage between three exclusion zones near perfectly, protecting his lead all the time.

Macaire said, “I’m not taking anything for granted. There are more legs to come. I’m not feeling tired yet, but it will hit me soon. It was a long leg, so I tried to pace myself – when to attack and when to rest a bit. Usually the exclusion zones annoy me, but this time, it was all part of the game.”

His elapsed time for the stage is 3days 14hrs 30mins 21secs.