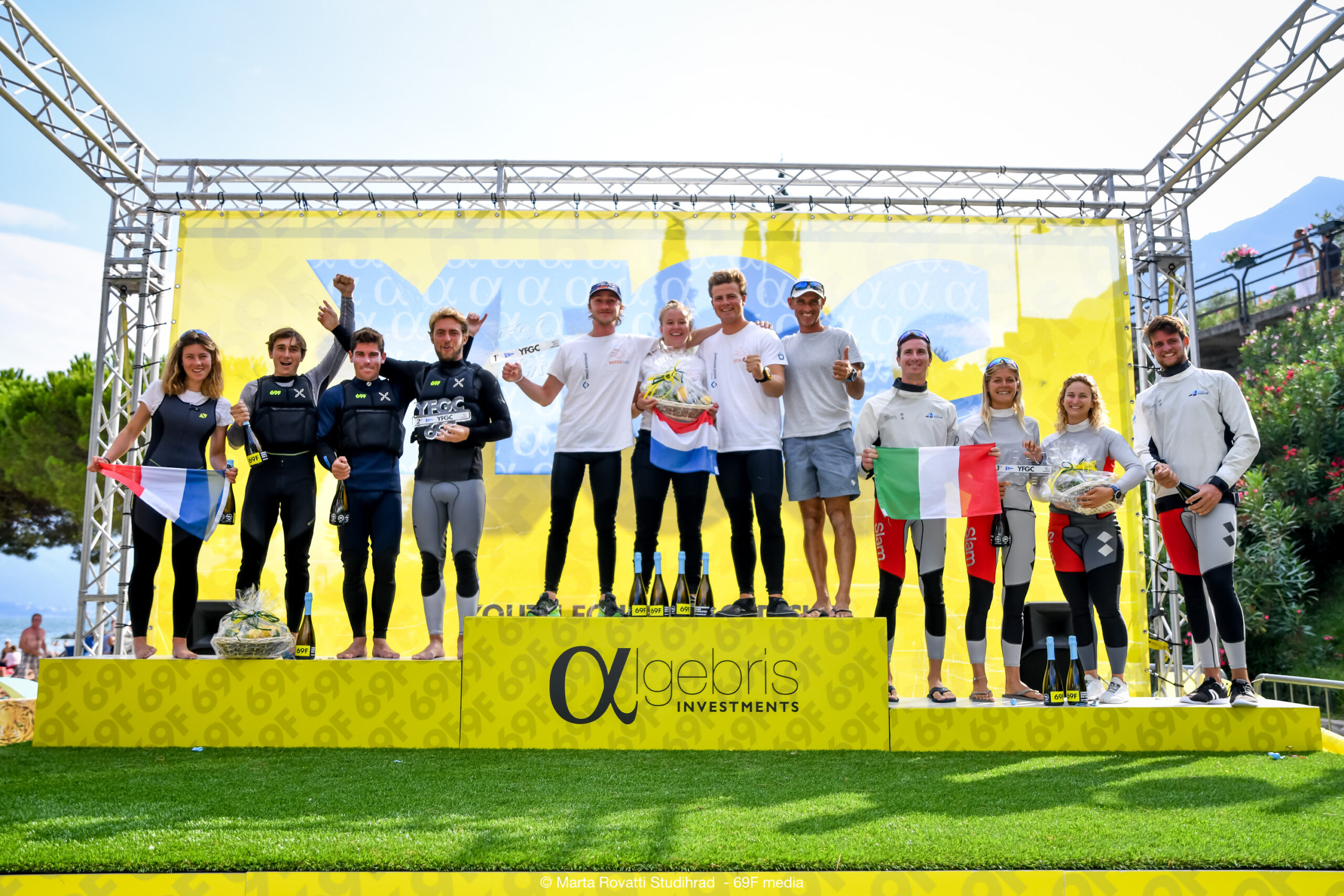 The Dutch team won the event, followed by the French and the Italians. Pic – Marta Rovatti Studihrad

Following a dominant display throughout the entire Youth Foiling Gold Cup regatta, the last day of finals was no different for Team DutchSail – Janssen de Jong.

Flawless in strong wind and able to fly in barely a ripple, the Dutch team demonstrated absolute mastery of the Persico 69F over the last two weeks on Lake Garda.

There was no question as to who would stand atop the podium, meanwhile the race to determine the rest of the podium was full of drama. Team France led Young Azzurra into the final day with a razor-thin advantage of only half a point. With all to play for, Young Azzurra clearly stated their intentions by winning the first race of the day.

Team France countered with a win in race three, only for the Sardinian team to fight back with another win in race four. The French team finally put an end to the rivalry by winning the double-points final race of the day to secure the second step on the podium by a single point.

Team DutchSail – Janssen de Jong’s Cas van Dongen said, “It was a great event. We stuck together really well and every day we followed a great routine. We looked at every race as a new race and took nothing for granted. In that way, we were ready for every race, and I think we performed well.”

Some of the best sailors in the world awarded the prizes to the sailors, including special guests Ruggero Tita, Tokyo Gold medalist in the Nacra 17, and Checco Bruni, helmsman for Luna Rossa Prada Pirelli in the America’s Cup.

Before handing over the prizes, Checco Bruni had a surprise for the young sailors. He announced that he has created a new 69F event at his home yacht club in Sferracavallo, Sicily to test some of the world’s best sailors on the one-design foiling platform.

In addition, the winner of the YFGC Super Final on November 3 will be sponsored by Algebris Investments for the event, so the best of sailing’s future will be able to measure themselves up against the current superstars in a champion of champions format. More details to come.