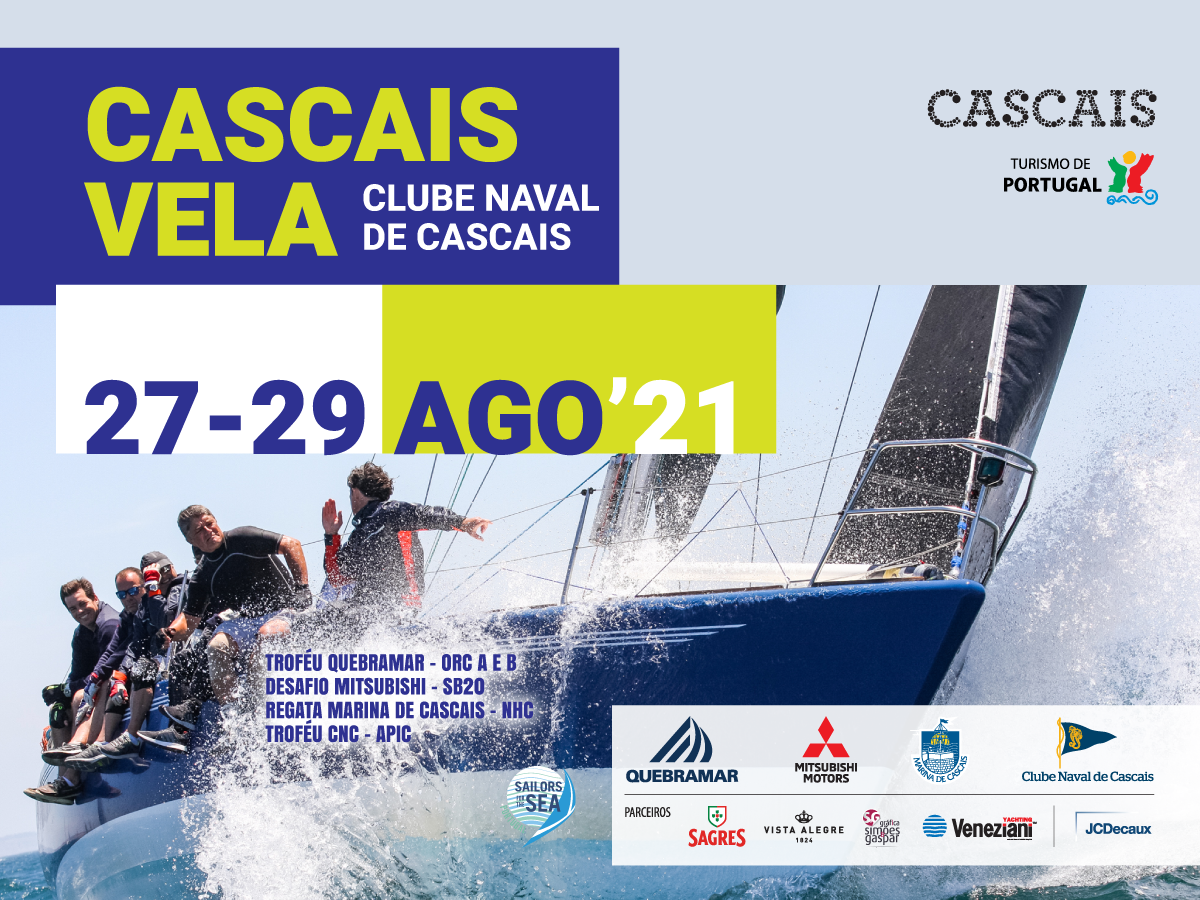 Portugal: The twenty-first edition of Cascais Vela will start this Friday, August 27.

In the Kings Class of the event, the ORC, participants compete for the Quebramar Trophy, divided into divisions A and B. José Carlos Prista’s Xekmatt, winner of the 2020 edition in the ORC Class – A, is again favourite for the victory in Cascais. But there are more candidates for the title: Nuno Neves, winner in division B in 2020, has a new boat, the Syone-Panther, and this year he will compete in division A, which could give headaches to the title winners.

The Quebramar Trophy will consist of four windward-leeward technical races and one coastal race that will have a higher weight and cannot be discarded. The coastal race will award the Pedro Mendonça Trophy to the best boat in the ORC class in corrected time.

In the NHC class, more than two dozen boats compete in the Cascais Marina Challenge. This year we are back with the presence of the Mirpuri Foundation Racing Team, which will make its first appearance after the victory of The Ocean Race Europe in June. This boat will have a completely Portuguese crew and will be captained by the Portuguese oceanic sailor António Fontes. This team is another favourite, as the VO65 class is a high performance boat.

Also in the NHC class is Green Eyes, a boat with more than 30 meters, commanded by Paulo Mirpuri. José Vozone’s Metralha will also be racing. Metralha won the last edition of the event.

In the SB20 class, nearly five dozen participants will compete in the Mitsubishi Challenge. This will be the first appearance of Portuguese athletes after the Tokyo Olympic Games. Jorge Lima and José Costa will be aboard Sargo, Pedro Costa aboard Quebramar, Diogo Costa at the helm of the SportsWorld Boat and Carolina João at the controls of Ladies First – Naturea Sailing Team.

The SB20 class at Cascais Vela also has the presence of big names in the SB20 world class, such as the Russian Timur Sabirzianov, at the controls of the Vis Sailing Team, and Vasily Gregoriev, winner of the Cascais SB20 Winter Series in 2019.

Olympic champions are also onboard, including Nuno Barreto (Bronze Medal at the 1996 Atlanta Games), Martine Grael and Kahena Kunze (Bi Olympic Champions, 2016 and 2020), Luke Patience (Silver Medal in London 202) and Toniu Toniste (Silver Medal at the Barcelona Games 92 and Bronze in Seoul 1988).

This edition of the Mitsubishi challenge framed at Cascais Vela will act as a warm-up for the SB20 Class World Championship which starts next Monday August 29.