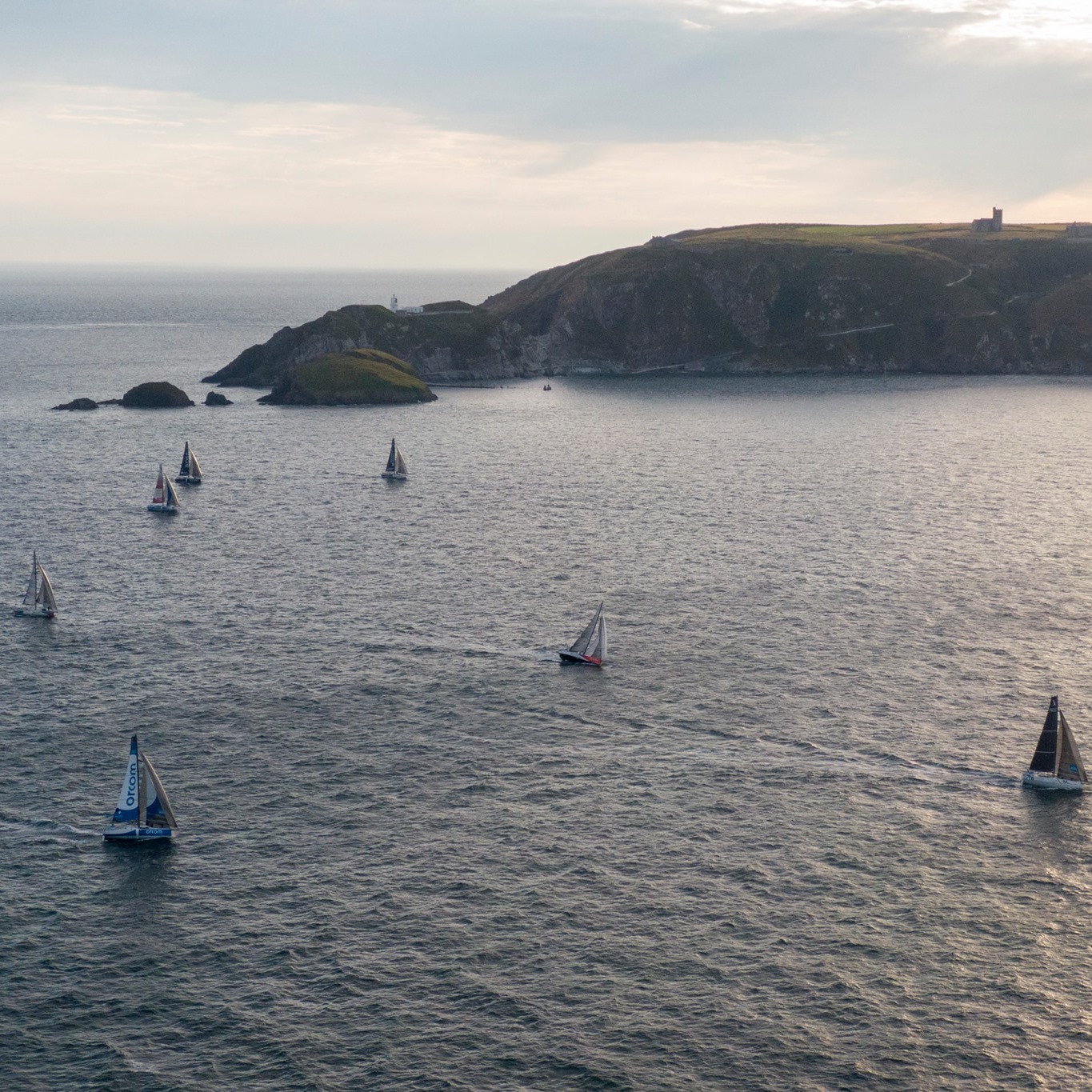 Racing this afternoon in waters which are not at all well-known to most of La Solitaire du Figaro competitors – the outer reaches of the Bristol Channel, along the north Cornish and Devon coastline are presenting a new set of challenges on an intense leg towards Lundy Island.

It is the strong tidal current which has seen the fleet, competing the third Stage of the race from Fécamp to Morlaix Bay, compact and stretch again and again since early this morning. Xavier Macaire (Groupe SNEF) led the fleet at Carn Base and then again at Longships light off Land’s End. But then Macaire saw a three mile lead evaporate when the tide turned against him.

As they struggled to find breeze to punch against the current there was a constant battle along the rugged, rocky north Cornwall coast. Inshore where the current was slacker, there was less wind and it was more interrupted and shifty because the Easterly was blowing off the land. Offshore the contrary flow was stronger.

Among those who made excellent gains was Ireland’s Tom Dolan (Smurfit Kappa-Kingspan). Dolan got himself back into contention when he found a spell of favourable breeze offshore and managed to jump up to fifth place around midday. Dolan was religiously sticking to the rhumb line – the most direct straight-line course to the island nature reserve of Lundy – less than a mile behind the overall General Classification leader Pierre Quiroga (Skipper Macif 2019).

“To be fair I know the Celtic Sea quite well but this is very much the Bristol Channel and the tides are strong here,” said Dolan. “There was a restart this morning in very light winds and strong tides. And these English winds – half an hour ago there were 6 knots. Five minutes ago, there were 25, then 16 … you never get time to settle to any settings. Everyone ended up in more or less the same place, I sailed offshore to get a bit more wind.

“It seemed to have worked well but there are a whole group of boats on the coast. It is hard to know what will happen with them.”

Xavier Macaire (Groupe SNEF) remains upbeat, cool headed and objective despite twice seeing the lead disappear on this 624 nautical mile passage to Morlaix Bay. He is looking to claw back time on runaway General Classification leader Quiroga who started the leg with a cushion of 1 hour and 37 minutes over Macaire.

Alexis Loison (Région Normandie) was leading at one point after, also, taking the offshore option. He is in the main group, less than a mile away from the leader. There is just two miles between first and 14th.

Loison said, “This is messed up! I like this position. The wind should pick up at the end of the afternoon, still from an easterly sector. We should get to Lundy pretty quickly, especially since the current will be with us. There is so much current in this area.

“The leaders, especially Xavier (Macaire) got stuck and everyone came back. We were smart, with Pierre Leboucher we went offshore to look for wind because on land I could see that there was nothing. But hey there is nothing to brag about because the gaps are tiny.”