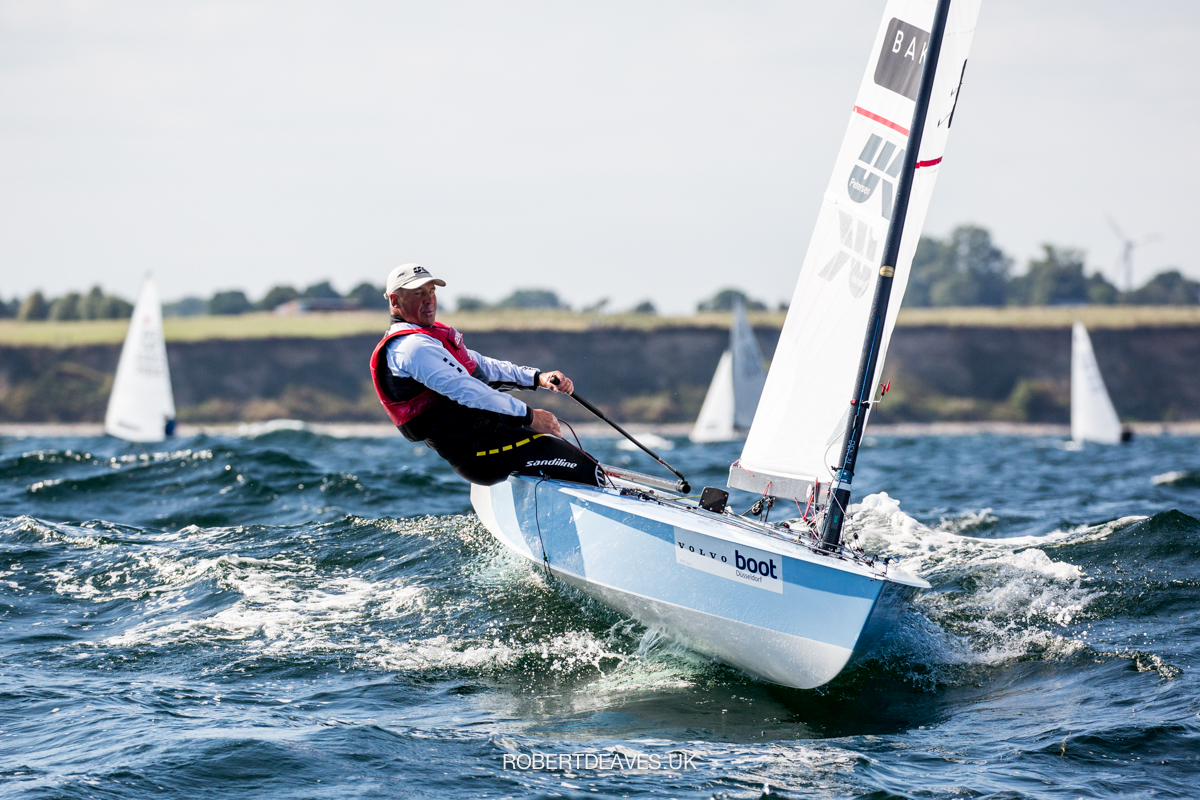 Denmark’s Bo Petersen has won Kieler Woche for OK Dinghies after no more racing was possible on the last two days.

André Budzien was second with Benjamin Hammerö third, from the fleet of 36 boats.

Only three races were possible over the four days, Sunday bringing great perfect conditions that were not to be repeated.

On Monday the fleet never even left the shore as the very light wind did donuts all day. On Tuesday, the fleet was sent afloat before 0900 in the hope that a light morning breeze would offer some opportunities, but it wasn’t to be and by 12.00 the fleet was being towed back to the harbour. In fact after two hours drifting, only one OK made it as far as the race course before the wind completely shut down.

So the results from Sunday’s three races stand. Petersen is showing great form this year, having just won the 60 plus boat Danish Nationals and runner up at the International regatta in Garda. Budzien was sailing his first OK Dinghy regatta since last year’s Kieler Woche, so should be content with second in this highly competitive fleet.

Meanwhile, Hammerö put some great races together, with some impressive upwind pace. The five Swedes in Kiel are putting in the hours in preparation for next year’s world championship in Marstrand. Most of them are part of the growing fleet in Viken, which has grown from zero to 27 in just a couple of years.

The next international OK Dinghy regatta is only a few days away with the OKDIA Autumn Trophy starting in sunny Bandol, in France, next week.

For the full results, see: https://www.kieler-woche.de/en/sailing/results.php