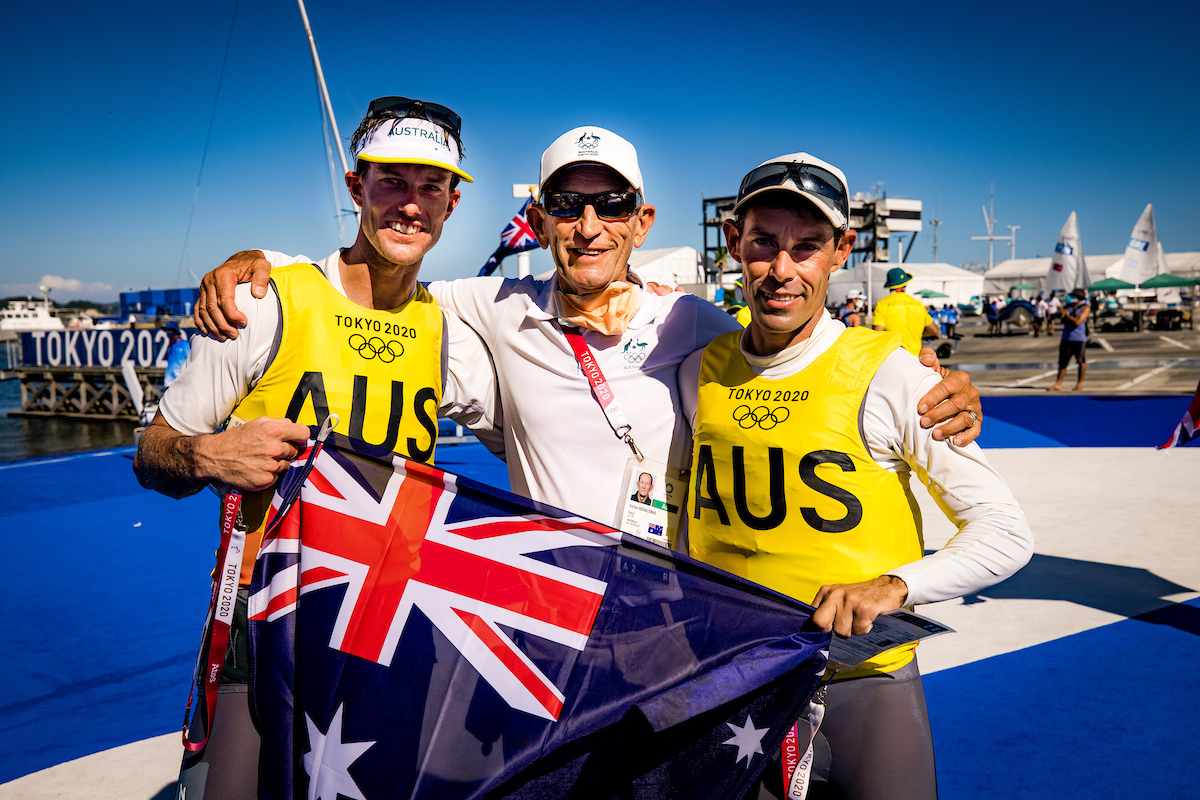 Kovalenko is Australia’s most successful Olympic sailing coach, and the new role will reflect the significant contribution he has made to sailing in Australia since first joining the team back in 1997.

The principal duties of the newly created role will include the provision of leadership, management and coach development and mentoring services to Australian Sailing.

“His record of success is unmatched, and the next generation of Australian Olympic sailing coaches are going to be learning from someone who is a master in his field.”

Kovalenko will closely work Australian Sailing’s Technical Director Michael Blackburn and Performance Pathways Manager Ken Lynch to align directly with a range of targeted coaches’ Individual Development Plans. Imparting his unmatched wisdom to ensure Australia delivers on its goal of sustainable, repeatable success on the Olympic stage is the goal. He will coach and mentor the development of Australia’s Olympic coaching tree, including the Australian Sailing Team (AST) and identified Australian Sailing Futures Program coaches.

“I have collected a lot of experience as a coach,” Kovalenko. “I have worked with many generations of successful athletes and coaches, and now is the right time to pass this refined experience on to a new generation of coaches.

“My mission is to transfer what I know in the shortest time to Australia’s emerging coaching talent. I don’t want them to repeat the road that I have done. I want them to move the flame further.”

Australian Sailing Technical Director Michael Blackburn knows the importance of keeping the knowledge and experience of someone like Kovalenko within the team.

“We are extremely fortunate to continue to have Victor as a part of the Australian Sailing Team,” Blackburn said.

“We are in a really unique position where we can leverage his significant expertise and share that right across our system, including all classes and stages of our pathway. Our emerging coaching talent will have input from the very best. He will be sharing with them not just how to develop elite athletes, but also how to develop elite people.”

Two of those gold medals were won by Malcolm Page, who triumphed under Victor’s tutelage at the Beijing 2008 and London 2012 Games. The apprentice will now work alongside the master, as Page assumes the role of Mixed 470 Coach with the AST.

“I spent 15 years in the 470 program, starting at the same time as Victor, so it is fair to say we have an extremely strong relationship,” Page said.

“Victor was more than a coach to me, he was a mentor. I know I have big shoes to fill in this role, but I am perfectly set up to be successful with Victor still present as my mentor.”

Blackburn added his thoughts on Page’s addition to the team.

“Having Mal coming on board in the 470 coaching role represents a unique opportunity to solidify Australia’s significant strength in the 470 class via technical and tactical expertise”.

This year marks a quarter of a century for Victor in Australia, all of it spent with the AST. Even with all that success behind him, what excites him now is what he sees dead ahead.

“I think everything is in place. We have a very strong system and very strong young coaches around the country. What I need to do now is invest my time in the right direction and to achieve our mission.”

The rest of the refreshed Australian Sailing Team coaching appointments are expected to be announced in the coming days.