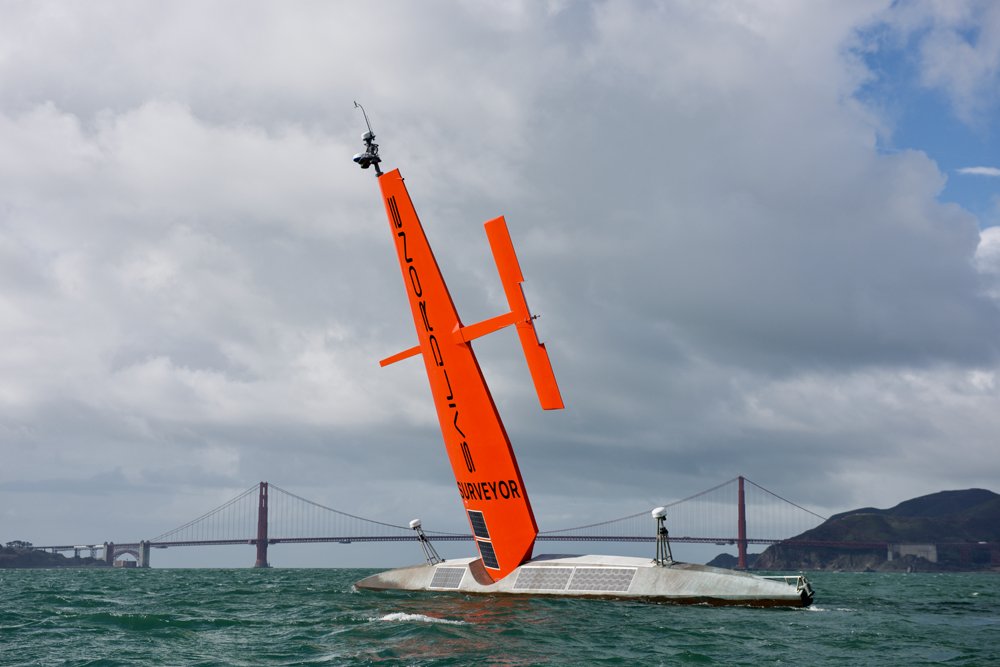 The U.S. Navy is seeing success in trials of small unmanned surface vessels in the Middle East, particularly a militarized version of the ubiquitous Saildrone, a self-sailing instrument platform which is popular in the scientific community.

“The initial Saildrone assessment phase at sea in the Gulf of Aqaba has exceeded our expectations,” said Cmdr. Thomas McAndrew, the deputy commander of Task Force 59, 5th Fleet’s unmanned-vessel test unit. “We are applying the results and rapidly expanding operations.”

The task force’s first 23-foot Saildrone launched in the Gulf of Aqaba in mid-December and operated at sea for more than 30 days, meeting the mission objective. ISR is a critical mission for 5th Fleet, and this new unit carries “a package of sensors powered through solar energy for building a shared picture of the surrounding seas.”

The task force is also conducting at-sea evaluations of new Mantas T-12 and Devil Ray T-38 USVs off the coast of Bahrain. These tests are a lead-up to the International Maritime Exercise (IMX) 2022 in February, which is slated to include unmanned systems from U.S. partner nations. It is expected to be the largest unmanned exercise in world.

The commercial version of Task Force 59’s Saildrone is rated for 12-month deployments, and it operates routinely in the Bering Sea, Chukchi Sea, Southern Ocean and North Atlantic, often self-deploying and returning over a distance of thousands of miles.

A new, 72-foot model designed for deep ocean surveys made its maiden voyage last year with a crossing from San Francisco to Hawaii. Saildrone intends to build a fleet of these larger vessels and use them to create high-quality sidescan sonar surveys of all of the earth’s oceans, opening a new window on the 80 percent of the ocean that remains unsurveyed.

The 72-foot model will also be applied to “other markets normally reserved for large ships, such as homeland security and defense applications,” said Richard Jenkins, Saildrone founder and CEO, in a statement last year. The U.S. Navy has put long-endurance oceangoing unmanned systems near the top of its list of priorities.

By The Maritime Executive