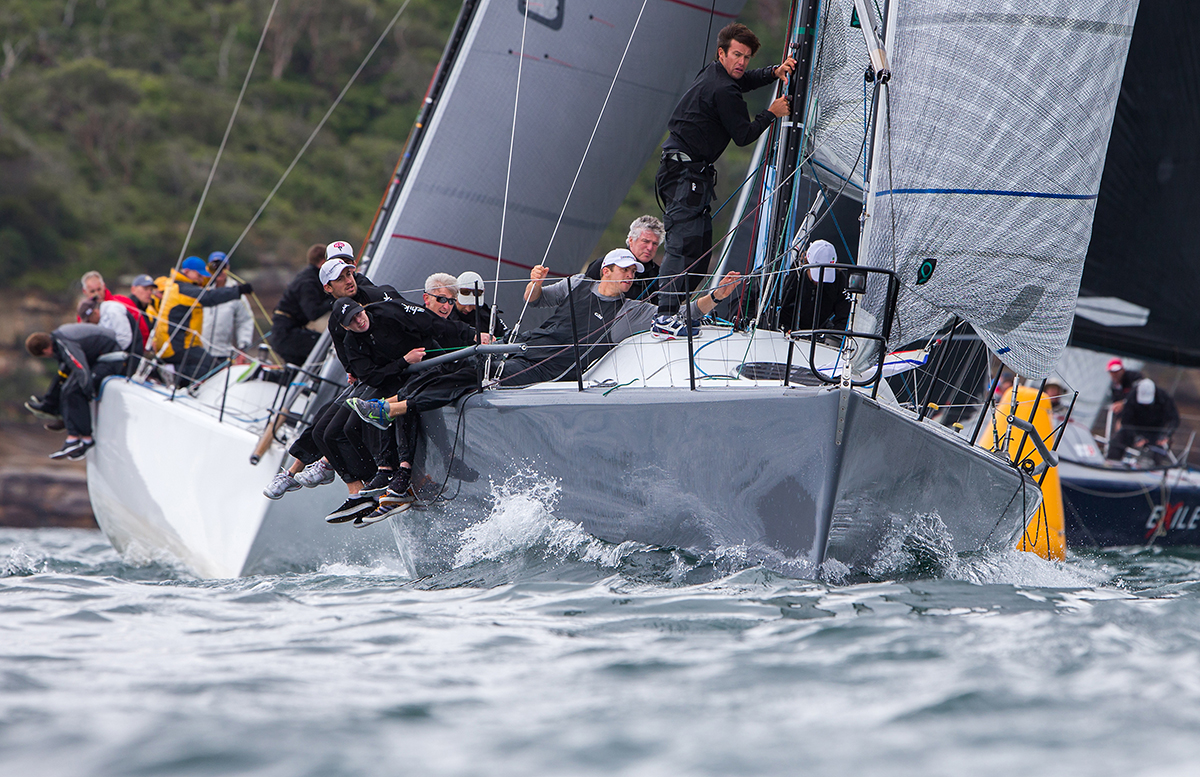 A guest helmsman and rock star team have finally broken Kokomo’s shackles and at the half way point of the season opening One Design Trophy they are in control of the Farr 40 fleet.

Lang Walker’s Kokomo has competed sporadically over the last few years while Walker focused on his health. Today on Sydney Harbour Steve Barlow, who is a Farr 40 owner himself and well-rehearsed in the class, got the 2016/17 Kokomo program off to a promising start with two wins, a second and a fourth.

“Richie [Allanson] invited me on Lang’s boat as Lang had his wife’s 70th birthday to celebrate and I was more than happy to accept,” Barlow said after racing. “I haven’t steered a tiller boat for five or six years. There are some pretty big names on the boat making it all happen, and they are great blokes.”

Martin Hill, skipper of the second placed Estate Master, agreed their time in close company with Kokomo was “a real rumble. All the boats were really close; Kokomo and us are just that bit more familiar in these boats and got a jump on the others.”

David Chapman is Estate Master’s tactician for the Farr 40 season and he and Hill are teammates in an Etchells campaign, giving the master and commander plenty of time for relationship building. Mitch White and Gordon Maguire rounded out Estate Master’s top crew. “Experience makes the difference,” Hill added.

The fleet and Middle Harbour Yacht Club’s race management team had planned to head offshore for day one, a new option for the 2016/17 season, however parametres dictate no offshore racing when a Bureau of Meteorology strong wind warning is in place. In the end PRO Phil Yeomans and the seven crews never saw much more than 18 knots and at times the breeze was low as nine, from the SW and finishing up out of the sou’east.

Gusts in the upper range caught Zen (Gordon Ketelbey) and Rob Pitts (Double Black) out and cost them a spinnaker each. Double Black in fact crossed the finish line with two halves of its torn spinnaker independently flying.

Zen is third overall and leading Corinthian boat and third to fifth place are tied on 18 points.

There is a gale warning in place for the Sydney coast on Sunday 23 which means another inshore day for the remaining four races.