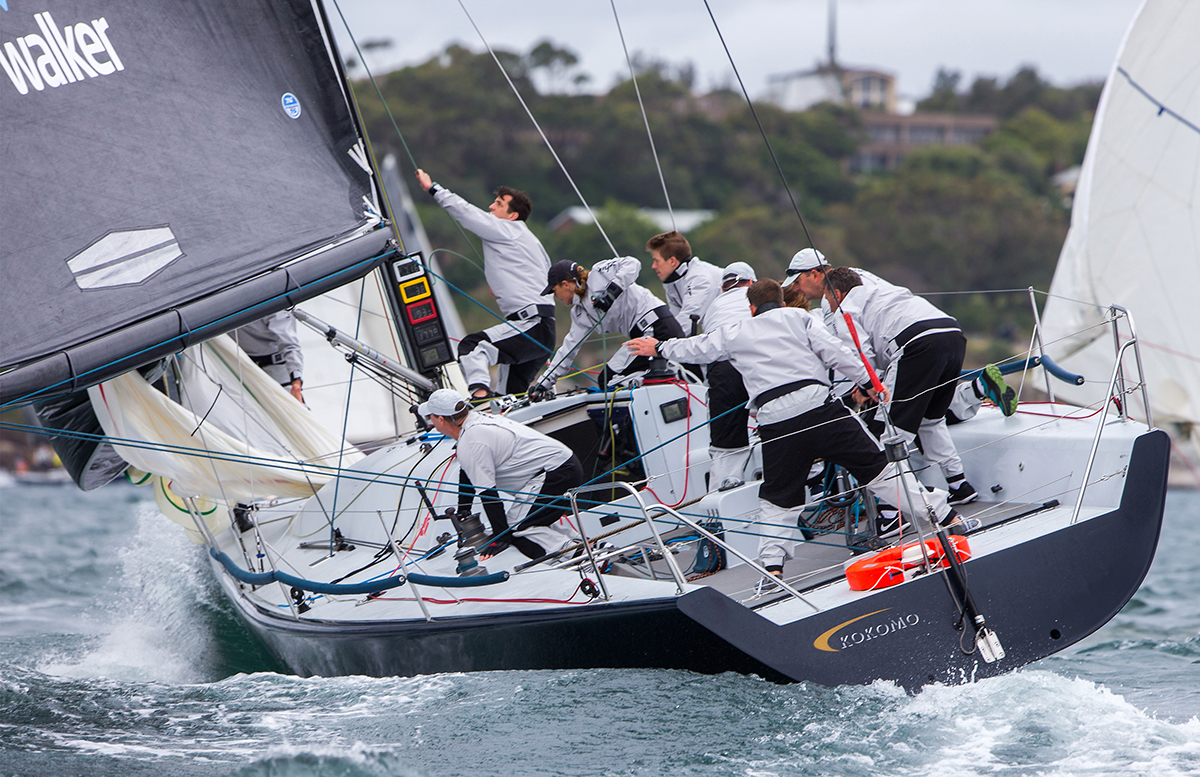 Day two of the Farr 40 One Design Trophy brought a secondary surge of high winds associated with a cold front and low pressure system to the south and the cancellation of all remaining races leaving Kokomo the victor based on Saturday’s four race results.

Principal Race Officer Phil Yeomans spent an hour being tossed around on Sydney Harbour in wind against tide and continued to monitor the breeze strength back ashore at Middle Harbour Yacht Club on Sunday October 23, 2016 as crews waited for the ruling.

When a very nasty SSW gust came through Yeomans and president of the Australian Farr 40 Association, Gordon Ketelbey, made the decision.

“The pin was pulled when we saw 34 knots; everyone was happy they didn’t have to go out and ruin their boats,” Yeomans said.

Ketelbey added, “Wind against tide would have been bouncy and wet, and extremely testing. We looked down the coast to Wollongong and conditions weren’t petering out, in fact they were getting stronger. It would have been a sailmakers’ delight with spinnakers tearing and boats bending and breaking.  Farr 40 Owners usually agree to pull the plug at 25 knots; with a fair seaway and tiller steerage downhill these boats are a big handful and it becomes dangerous.”

“We didn’t even have to go sailing to be winners!” Barlow said. “The crew is thrilled to start the new season off so positively. Lang has been a long-term supporter of the Farr 40s and we’ll be very happy to present him with the trophy.”

Gordon Ketelbey’s Zen finished third overall and first Corinthian boat among a tight bunch similar in performance, which will make for a thrilling 2016/17 summer of class racing across five regattas before the closing National Championship – John Calvert-Jones Trophy late-March 2017.

At the end of next month the class will join the MHYC Sydney Short Ocean Racing Championship and three weeks later the Royal Prince Alfred Yacht Club will host the fleet’s next standalone event, the Pittwater One Design Trophy December 17-18.