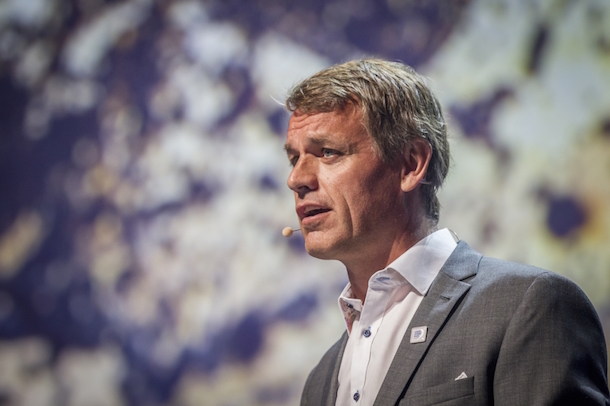 Knut Frostad, CEO of the Volvo Ocean Race, is stepping down at the end of 2015 after eight years at the helm for family reasons.

Frostad said it had been a journey he was very proud of, transforming the race into a high-level professional organisation as well as making significant and key changes to the race format while retaining a strong focus on the history and legacy of the 42-year-old race.

“With almost half of my life and a lot of passion invested in the race, it has been one of the most difficult decisions I have ever had to make,” he said.

“The Volvo Ocean Race is in a strong position for the future with a proven one-design format, a great team at our Alicante headquarters and ambitious and committed owners in Volvo Car Group and Volvo Group.”

Senior members of the Race’s board have paid tribute to Frostad.

“Knut has done a fantastic job in leading and developing the Volvo Ocean Race. We could not have had a more passionate leader and we understand and respect his wish to spend more time with his family. We will all miss him a lot,” said Henry Sténson, Senior Vice President, Corporate Communications and Sustainability Affairs, Volvo Group, and Per Löjdquist, Chairman of the Volvo Ocean Race Board, in a joint statement.

“Knut has been the face and the driving force behind what is the most challenging and prestigious ocean race in the world. We regret but, at the same time, respect his decision and we can only wish him and his family the best of all winds,” added Alain Visser, Senior Vice President, Marketing, Sales and Customer Service, Volvo Car Group.

Frostad, who competed in four editions of sailing’s leading offshore race dating back to 1993-94, including twice as a skipper and founder of teams, continued: “The late Sir Peter Blake once said about the race: ‘There’s nothing like it – it gets in your blood and you can’t get rid of it!’

“I know that will be my challenge too. The Volvo Ocean Race is such a unique life experience and I am truly grateful for my time as head of the organisation, but also for all the friendships I have formed during this time.

“It’s been a privilege to work for Volvo and all the other stakeholders in the race, many of whom have become personal friends.”

Frostad will remain in the position as CEO until the end of 2015, while the search for his replacement has started.