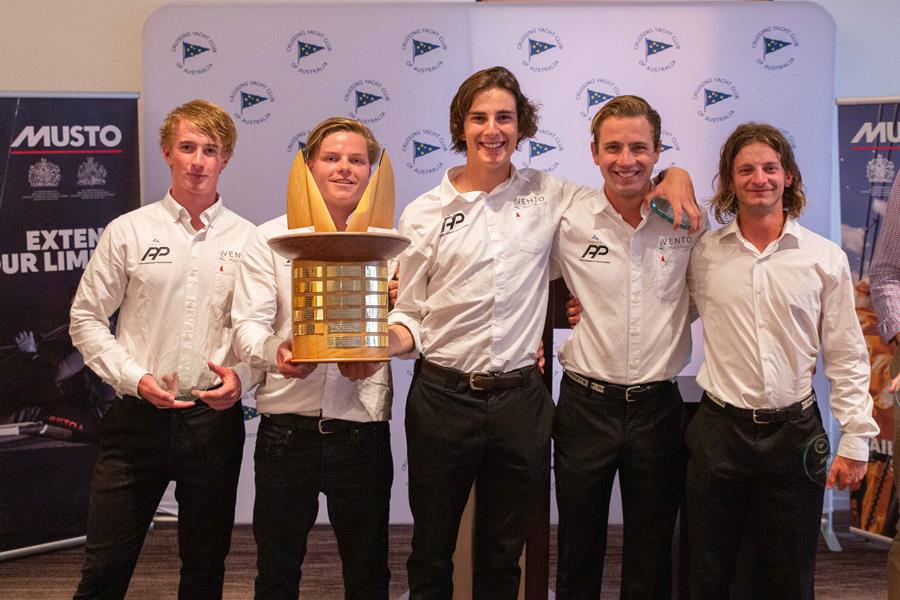 Representing the powerhouse which is the Royal New Zealand Yacht Squadron (RNZYS), under the direction of Rueben Corrbett, Stevenson joins the ranks of six other RNZYS skippers to have won the trophy. This leaves RNZYS now only one win behind equalling the host Club’s record of eight ‘Joy Ride’ trophy victories.

For Stevenson, the writing was on the wall since the beginning of the week, with the young Kiwi sailing smart throughout the competition. In the end, his team won the Finals 2-1 over Great Britain’s Matt Whitfield.

In the petit-final, it was a re-match of the current world champion, Tom Grimes, against long-time rival and world champion runners-up Nick Egnot-Johnson. Once again it took the three races to decide the winner, with Egnot-Johnson coming out on top this time around.

Over the four-day competition, 93 races were completed for the first-ever World Sailing Grade 1 for the east coast of Australia.