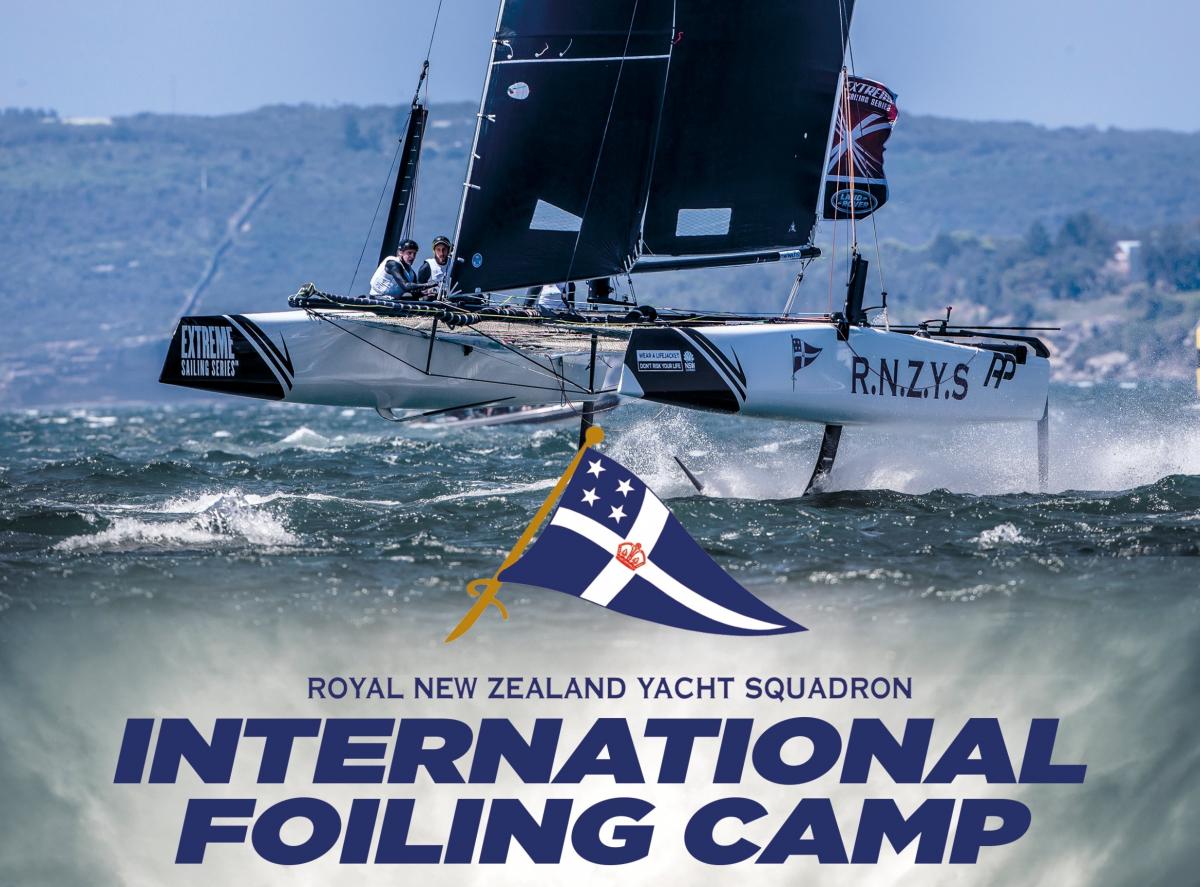 Foiling continues to be at the cutting edge of racing technology and it's why the Royal New Zealand Yacht Squadron will once again hold a month-long international foiling camp at the end of the year.

The camp from December 16-January 12 will traverse everything from foiling theory to fitness, in-house racing to safety and will see a select group of young sailors train with and be coached by some of the world's best sailors.

In 2016, the Royal New Zealand Yacht Squadron acquired two foiling Nacra 20s from Emirates Team New Zealand, which have been used by the club's highly-acclaimed performance programme that has been recognised as a clear pathway into professional sailing and the America's Cup. In its first year, seven of the 10 squad members were selected for the Red Bull Youth America's Cup, and graduates now have a team in the Extreme Sailing Series, NZ Extreme.

The international foiling camp will be led by NZ Extreme skipper Graeme Sutherland and will be supported by Olympic Nacra 17 sailors, professional match racers and members of the Royal New Zealand Yacht Squadron's performance programme. It will be a month-long, live-in crash course in racing foiling multihulls but will also utilise the club's fleet of 10 Elliott7s as well as MRX keelboats.

The first section (Dec 16-24) will be at Lidgard House on Kawau Island with the second phase (Dec 25-Jan 12) run out of the Royal New Zealand Yacht Squadron's Westhaven clubrooms.

The course costs $8000 and includes accommodation, food, training, safety gear, coaching, use of boats, membership to the club and airport pickup and dropoff. Extensive sailing and racing experience in dinghys and/or keelboats and/or multihulls is required.

Spaces are limited. For more information, or to register your interest, contact ljury@rnzys.org.nz or phone +64 9 360 6800.