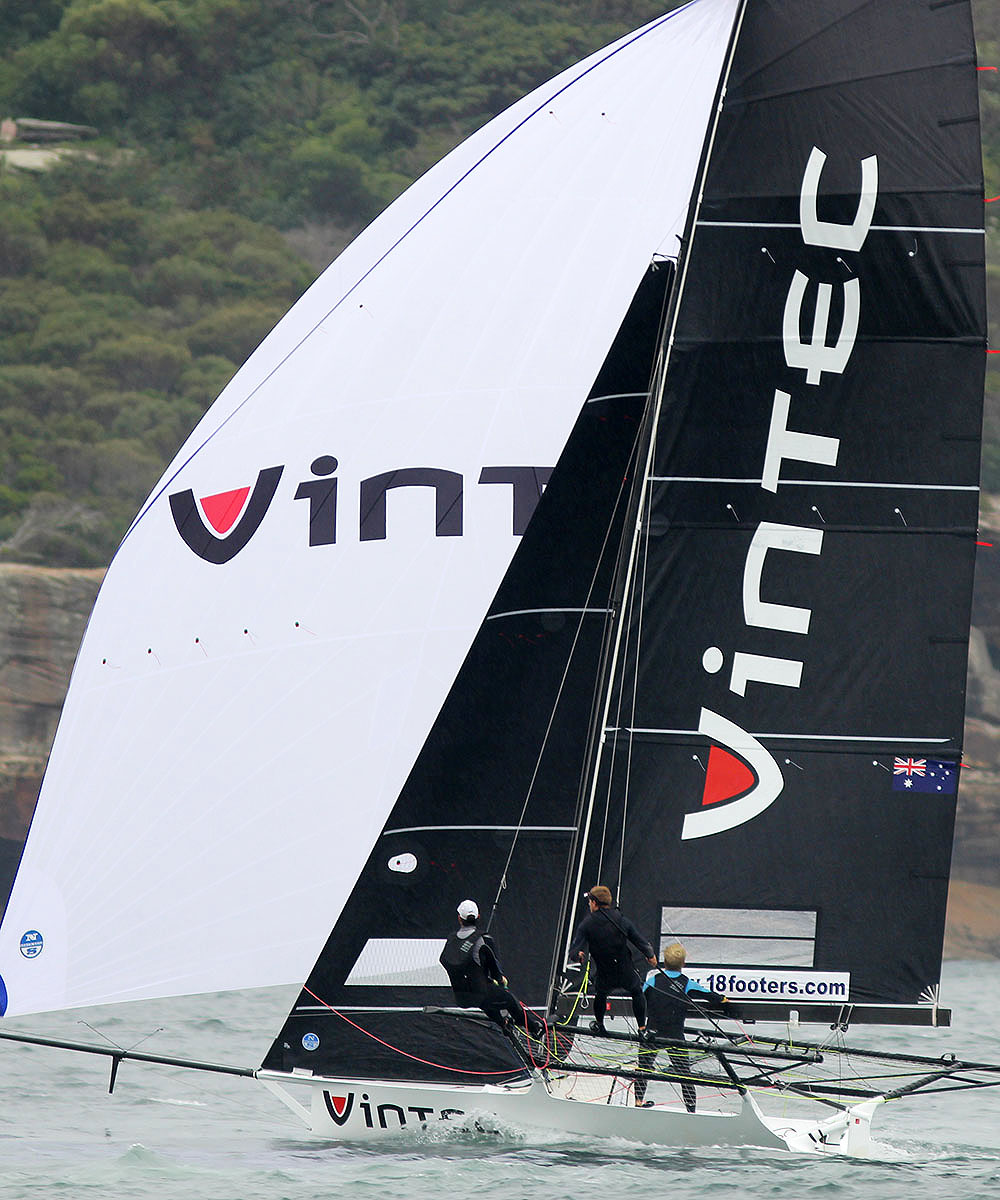 Despite the brilliance of the ASCC victory, the defending champion, Honda Marine team (David McDiarmid/Matt Steven/Brad Collins), sealed the overall victory with an amazing 17 points (15 points, net) from the eight races sailed to date.

ASCC won the start and quickly dominated the fleet, in the light south wind, to lead by 45 seconds after a short beat across the Harbour to the windward mark off Clark Island.

The skill of the ASCC team was on display throughout the race, as each challenge was repelled before ASCC crossed the finish line 2m3s ahead of Honda Marine, with Finport Finance (Keagan York/Matt Stenta/Charlie Gundy) just 6s further back in third place.

With only tomorrow’s race still to be sailed to complete the Championship, Honda Marine leads with a net 15 points, followed by Winning Group on 22, Smeg on 25, ASCC 31, Asko Appliances 32, and Finport Finance on 53 points.

The long work back from Obelisk to Rose Bay produced a close battle in the leading group but the ASCC crew were always in control and maintained a 40s advantage over Honda Marine. Finport Finance was now in third place, however Finport was more than 2m behind the leader.

Positions at the front of the fleet didn’t change over the next two legs of the course before Finport Finance made a move which saw her trail ASCC by just a couple of boat-lengths on the second run to Obelisk.

Once again the skill of the ASCC crew was evident as they held off both Finport Finance and Honda Marine and still led by 15s after the fleet reached the Rose Bay mark.

The battle between Honda Marine and Finport Finance continued over the final two legs of the course but ASCC was in a race of her own as she powered away for a great victory.

Early wind predictions for tomorrow are for 18-20 knot north-easterly winds which should some of the most spectacular racing of the entire Championship.