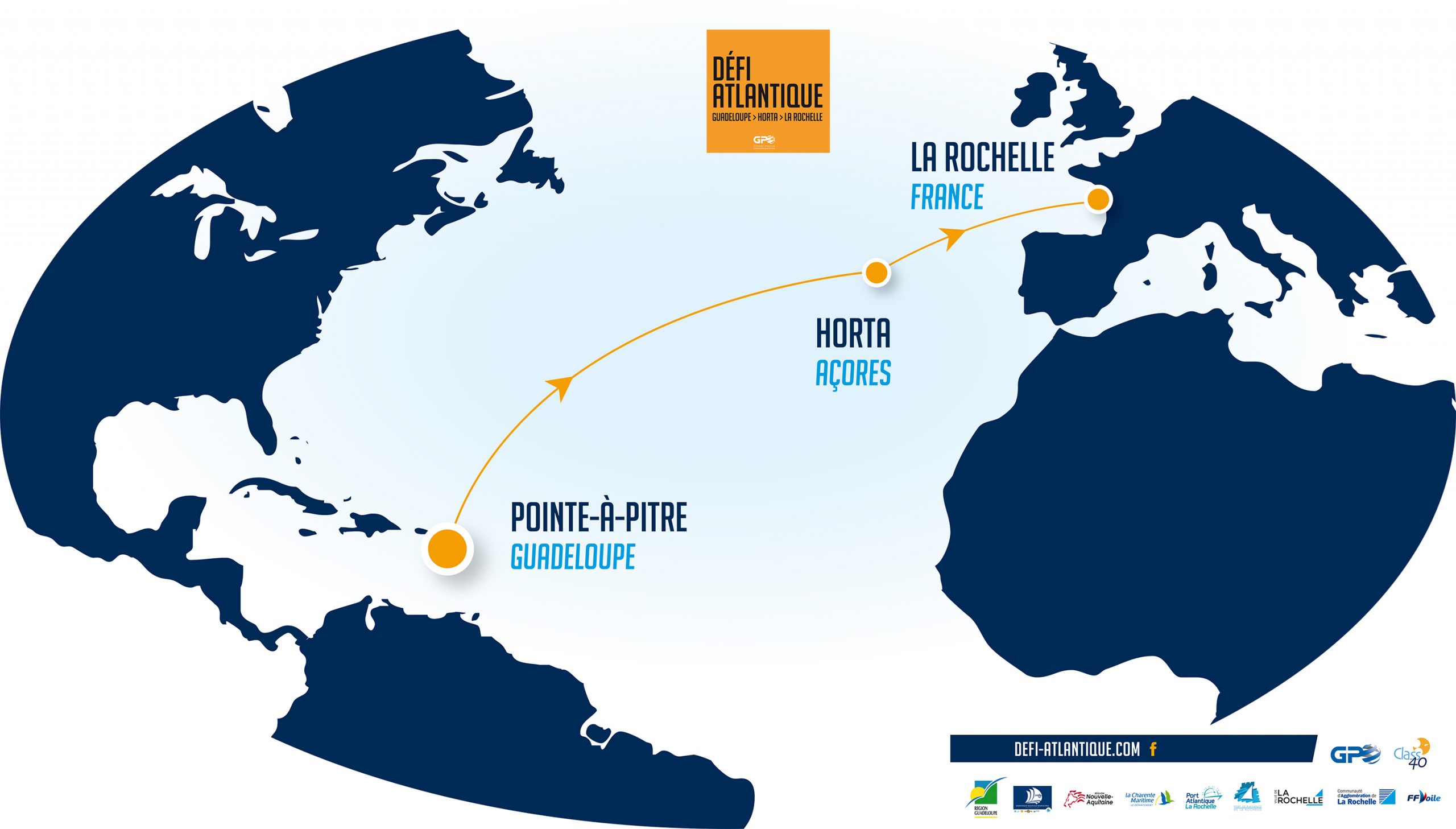 Part of the French Sailing Federation’s Class40 program, this new event, organised by Grand Pavois Organisation, will depart from Guadeloupe on Saturday 23 March. Crews (minimum of two people aboard) will arrive in Horta in the Azores, then in La Rochelle, the arrival port for this first edition.

Although the boats will be gathered together from 19 March in the inner harbour of Pointe-à-Pitre, they will set sail from Guadeloupe on Saturday 23 March with a view to initially arriving in Horta, in the Azores, more than 2,200 miles away.

It will be a first interesting stage in terms of the weather conditions, since it will be necessary to head northwards to find a westerly wind system, but remain sufficiently far south to avoid the effects of low pressures that may be more or less strong at this time of year.

The stopover at the Marina of Horta, the partner of this first edition, will allow a second stage of the race, with a grouped arrival in La Rochelle. It will be an opportunity for some to change crew (two-crew team qualification for the forthcoming Transat Jacques Vabre), and to also evaluate conditions as they near the arrival point (1,200 miles away).

Although the departure from Horta is currently scheduled for Monday 8 April, the boats should arrive in the city with two towers on Saturday 13 or Sunday 14 April. The prizegiving is scheduled for Monday 15 April, in order to allow the Class40 enough time to prepare for other competitions in the year’s program.

In short, about 3,500 nautical miles along a route that is highly uncertain at this time of the year, where powerful weather systems circulate and may require competitors to make drastic route choices.

With a team-mate or a reduced crew, the Défi Atlantique Guadeloupe to Horta to La Rochelle complies in all aspects to the requirements of the Class40, always hungry for new experiences and new horizons.

The departure of this first edition of the Défi Atlantique Guadeloupe, from Horta to La Rochelle, will be from Pointe-à-Pitre on Saturday 23 March at 11 am, local time.

A coastal route will have to be completed before leaving Guadeloupe, and will promote the treasures and diversity of the archipelago’s islands. Note that it is the first time that an Atlantic return race will depart from Guadeloupe.