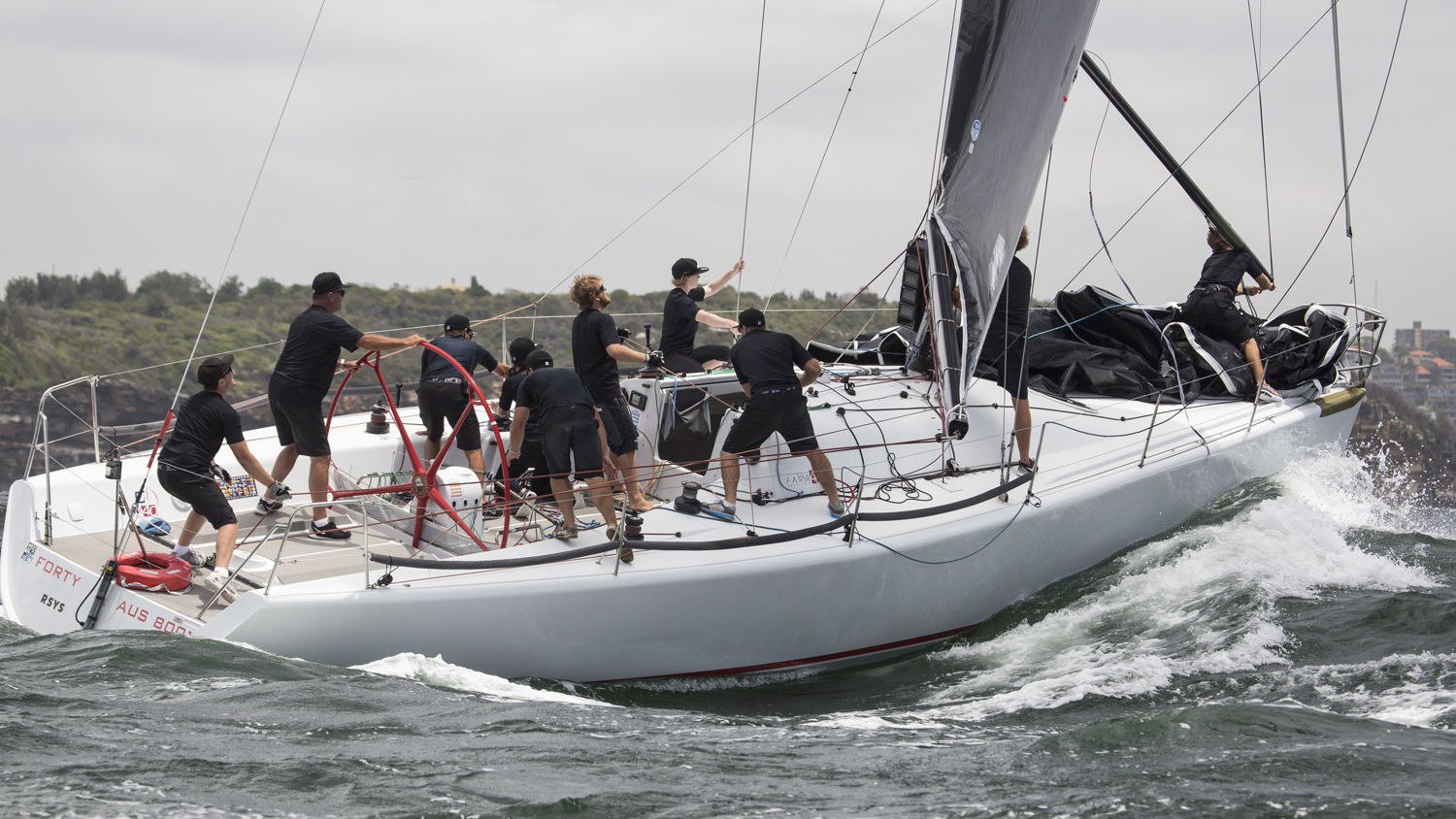 Points are starting to spread out at the Farr 40 Australian National Championship: John-Calvert Jones Trophy after three more races on a gloomy day two offshore, but Tom and Alan Quick’s stronghold on the national championship tightened with two further bullets.

The area off South Head, known as the Macquarie Circle, was not a place for the faint-hearted on Saturday. Up to 18 knots of wind against current made conditions very uncomfortable for sailors, and the Royal Sydney Yacht Squadron race management team, led by Rob Ridley.

“It was lumpy, choppy, damp and humid, but we are rapt with how we went today – we were really consistent,” Pitts said. “It was tricky driving. Lots of lumpy waves made keeping the boat speed up challenging, then downwind trying to surf the waves and keep rumbling, and out of trouble.”

Post-racing all Farr 40 owners had the privilege of time with the Australian championship namesake, John Calvert-Jones. He travelled from Melbourne to meet the group, and regale them with stories of his time in the class.

“John’s been recanting the Farr 40 history and telling us what it was like was winning the first world championship against 35 boats. It’s been great to hear the stories from an original owner,” Pitts added.

Calvert-Jones had this to say of his time at the RSYS: “A most enjoyable afternoon where I met up with a wonderful group of people who are enjoying the benefits of knowing one another so well.”

Calvert-Jones will be back at the Squadron for the final day of competition on Sunday March 10 to view the Championship finale on Sydney Harbour. He will also present the end of season trophies to the worthy winners.

Rob Reynolds, owner/driver of Exile, found conditions offshore testing with the strong southerly current and opposing breeze. “It was very hard out there. Normally I don’t mind whether I’m inshore or offshore, but after today, I have to say I prefer inshore.”

Racing began in 18 knots from the south/south-west and decreased to 15 knots during the day out of the south. Ridley made the call to shorten the program to three races when an ominous rain squall threatened.

The plan for Sunday is four races. The Bureau of Meteorology’s forecast is for west to north-west winds at 10 knots, becoming north-easterly at 15-20 knots in the early afternoon, then tending northerly.