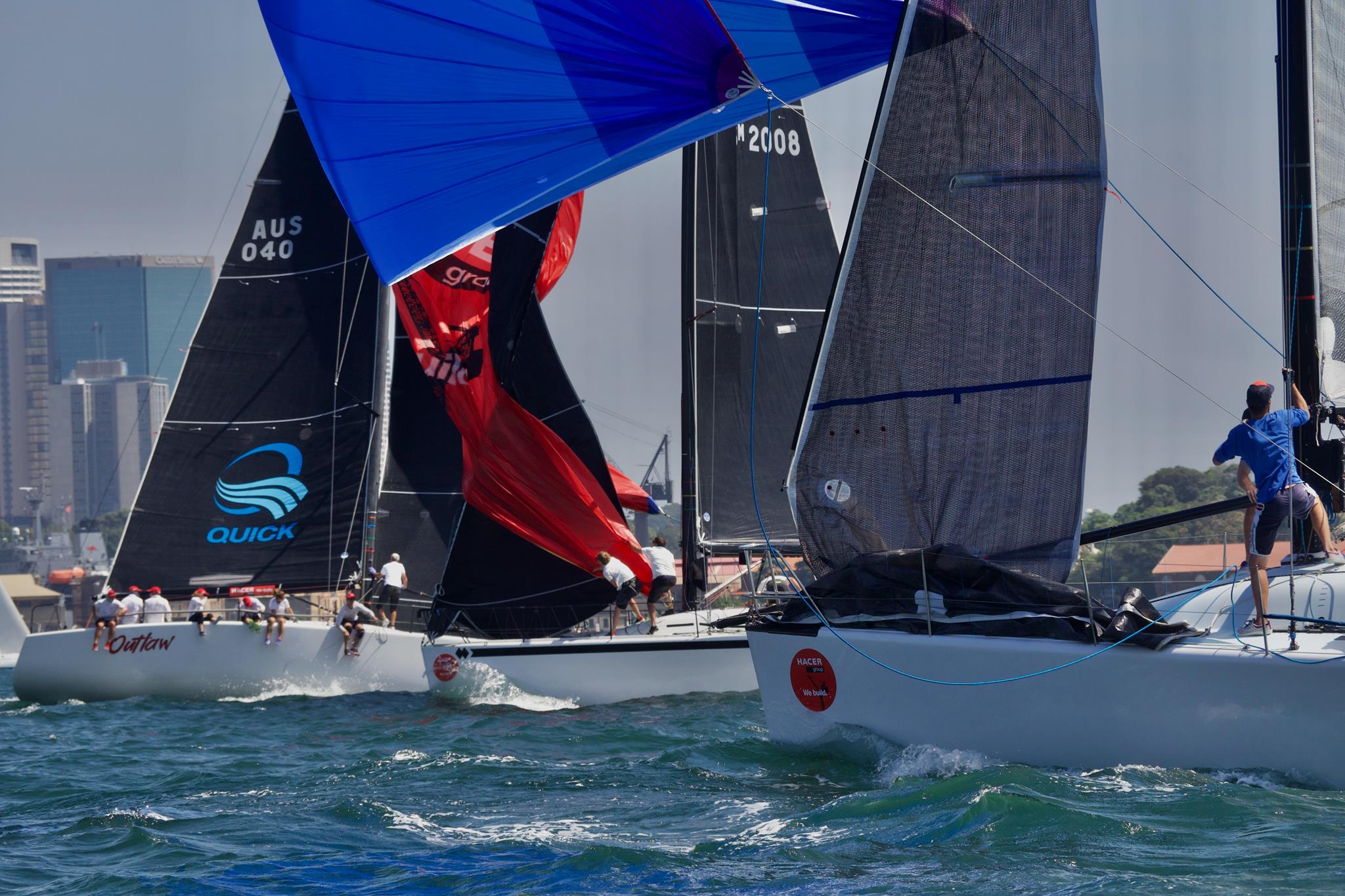 Tom and Alan Quick’s Outlaw sailed in a league of its own at the three-day Farr 40 National Championship: John Calvert-Jones Trophy, eight wins from 10 starts creaming the rest of the fleet and creating an extraordinary 22-point buffer back to second.

Outlaw’s clinical win on Sunday March 10, 2019 is their first Farr 40 win but second national championship victory in as many weekends for the Sydney crew. Last weekend Tom Quick chartered a Sydney 38 for the annual Sydney Harbour Regatta and beat that one design fleet for the national crown.

“We’ve had two great weekends. I’m really proud of everybody and really privileged to be sailing with such a good group,” the delighted skipper said, adding, “I’m very happy our preparation has paid off.”

At the trophy presentation held at the host Royal Sydney Yacht Squadron, Australian Farr 40 class president Gordon Ketelbey officially announced that Sydney will host the 2020 Farr 40 World Championship in September or October. The international class last gathered in Sydney for the ultimate trophy in 2016 and before that in 2011 and 2005.

“The worlds in Sydney next year will be perfect timing for us; we are very lucky to have been given such a great platform from Guido [Belgiorno-Nettis],” Quick continued. “Last season was a nice learning curve but we had 27 people through the crew and while I haven’t counted, it’s been around half that this season which has made a big difference.”

Outlaw was originally Transfusion when Belgiorno-Nettis’ dominated the class.

Quick also paid tribute to the superb efforts of his tactician David Chapman, Rob Greenhalgh on main and Pete Sheldrick in the pit.

Next weekend Tom will steer Neville Crichton’s MC38 Alfa Romeo for that class’ national championship. “Neville’s crew are already ribbing me for the triple crown. I haven’t been thinking about next weekend at all. This was the biggie for dad and I and I’m really proud,” added a clearly emotional Quick.

“The highlight for us was coming second,” Pitts said on the RSYS marina as teams wound down following the 10-race series. “In the second last race we were OCS which put the pressure on. Joe [Turner] our tactician did a really great job keeping the morale up. We’ll be back next season and we are super excited to be focusing on the worlds in 2020.”