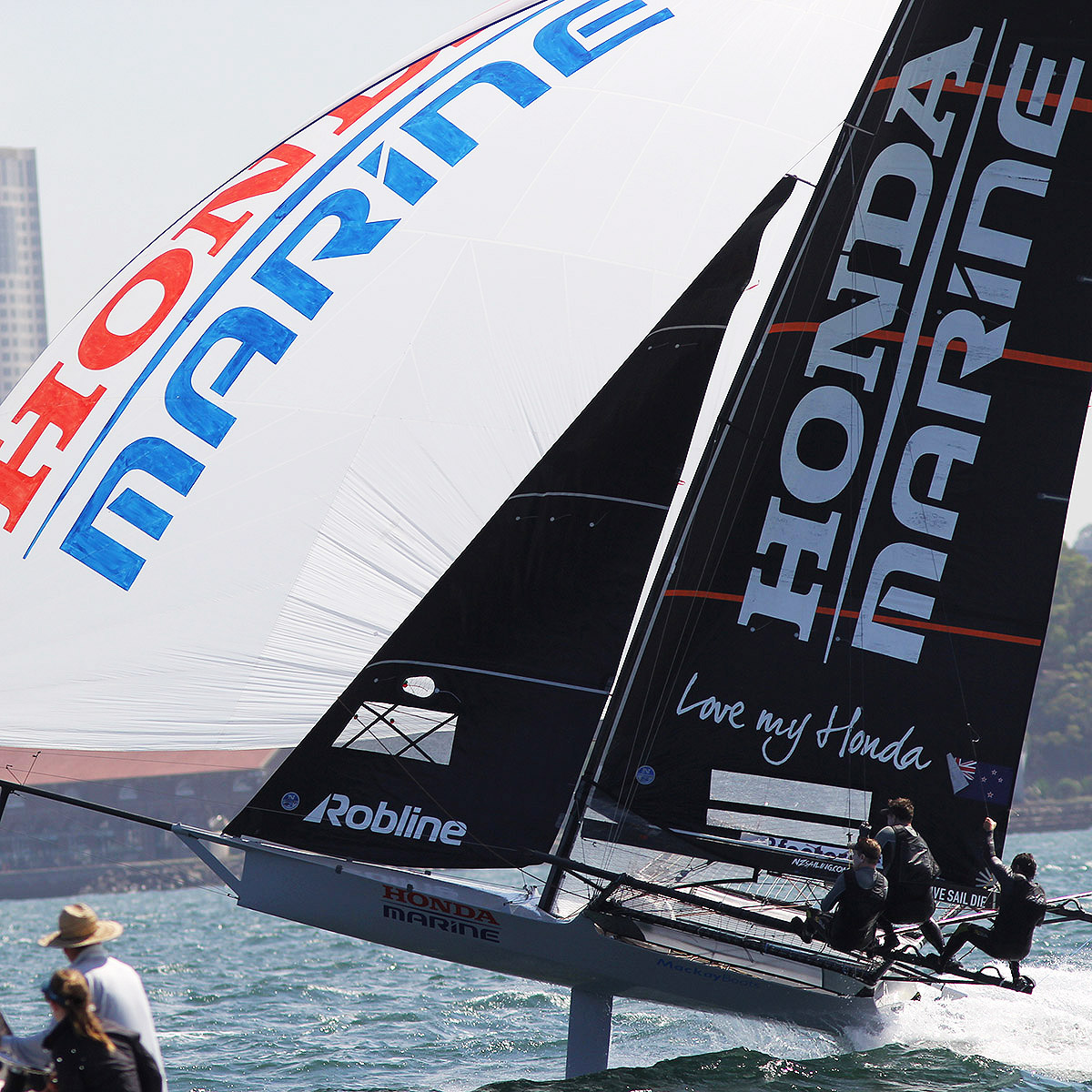 The JJ Giltinans will feel a bit different this year, with a New Zealand team going in as defending champions for the first time in nearly 50 years, and there's hope another victory will see the regatta come to these shores.

The Australians applauded through gritted teeth and are determined to wrestle back control when racing in this year's event gets under way on Saturday, especially as the New Zealand teams have expressed a desire to host the event in the not-too-distant future.

“Traditionally, back in the 1970s when the Kiwis were winning it, the regatta would switch from venue to venue between countries,” Steven said. “But since the Aussies got a firm grip on it from the late '70s it never left Sydney.

“The sailors in the fleet expect to travel but the hierarchy in Sydney – the Sydney mafia – are keen for it to stay there. Their whole season is based around that regatta in Sydney. We are going to make a good bid for it if we can win again.”

One of the biggest arguments Honda Marine and the other three New Zealand teams competing next week can make is by winning again. Honda Marine will be among the favourites and will be joined in a fleet expected to number more than 25 boats by Kiwi boats ASCC, C-Tech and Maersk Line.

But it won't be easy, and Steven said they were expecting to walk into a challenging environment.

“Last year they were hurting. They have tightened up a few rules and are trying to make it harder for us at the moment. They have also bolstered the fleet from last year, there’s more depth, to try to counter our efforts.

“We have definitely prepared for an attack by the Aussies. They definitely don't want us to win again. If they get an opportunity, they will do everything they can to put us back.”

That might provide more of an opening for ASCC. Josh Porebski, Jack Simpson and Dave Hazard finished second last year on board Maersk Line, ending up only one point behind Honda Marine, and they're keen to reverse the order this time around.

The trio went into last year's regatta with only 15 days on the boat together but have considerably more experience now as well as a newer boat.

“We went under the radar last year because they didn't expect us to go that well but they will be watching out for us this time around,” Porebski said. “It's always good fun racing the Aussies but I think Honda will have the big targets on their backs. Hopefully we can slip through.

“I think we're in a better position than last year but you never feel quite ready. It's a development class so there's always work to be done on the boat and you need to keep learning. Hopefully we can catch up to the Honda guys.”

They did more than that at last month's New Zealand championships, finishing on top, but Honda Marine weren't helped by suffering gear damage.

Steven was thankful those mishaps happened last month rather than at the JJ Giltinans (“better then than on the race track in Sydney”) and said they were ready. The joint winners of the Sailor of the Year gong at last year's Volvo Yachting Excellence Awards would, though, be taking a different approach to 2018.

“We are quite excited to have fun this year,” he said. “Last year was quite stressful because we just wanted to knock it off [after coming close before]. This year we want to relax a bit more and hopefully that will help.”