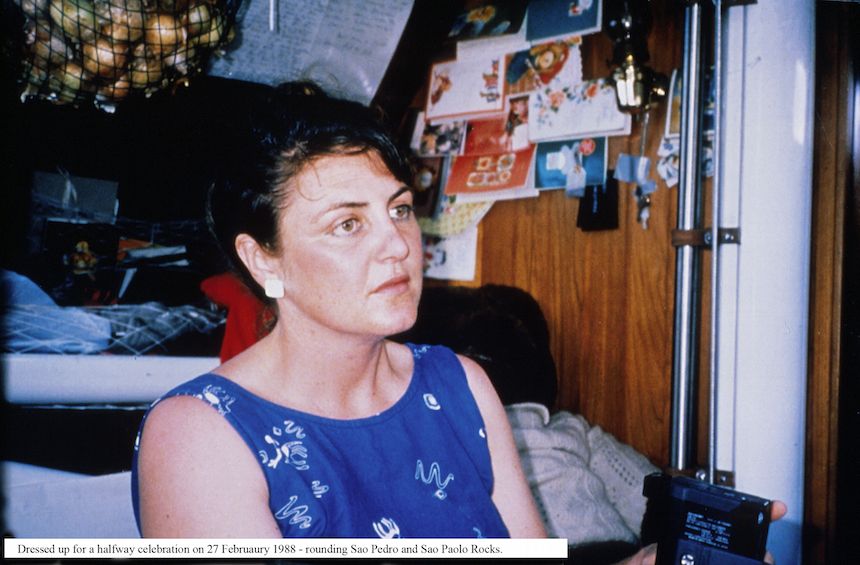 Kay Cottee AO, the first woman to perform a single-handed, non-stop and unassisted circumnavigation of the world is to be inducted into the Australian Sailing Hall of Fame (ASHOF) in its inaugural year.

ASHOF will induct seven of Australia’s greatest sailing individuals and teams this Friday, 3 November in Sydney.

According to the highly regarded Selection Panel, Cottee has achieved at the highest level in our sport: Kay Cottee AO inspired generations of female sailors when she became the first woman to sail unassisted, non-stop around the globe via both hemispheres, according to the Selection Panel in announcing her induction.

To this day, Cottee remains an inspiration to people of all generations across the globe.

Born in 1954, Cottee circumnavigated the globe in her 37 foot (11 m) yacht Blackmores First Lady in 1988. Her extraordinary feat was made even more remarkable by the fact that she completed it at a time when modern GPS was in its infancy.

Cottee’s circumnavigation was eastbound from Sydney, Australia and took her around the five great capes in the southern ocean. Departing Sydney she headed south of New Zealand, across the Pacific Ocean, around infamous Cape Horn and then north to cross the equator and round St Peter and St Paul Rocks in the North Atlantic.

From there Kay headed south again and rounded the Cape of Good Hope before crossing the Indian and Great Southern Oceans on her way home around the southern tip of Tasmania. She then turned north for the final long run up the east coast of Australia to Sydney.

Cottee spent more than six months alone at sea. She started out on November 29, 1987, and after sailing for 189 days, 0 hours and 32 minutes she finished on June 5, 1988. Her voyage saw her log 22,100 miles at an average speed of 116.93 miles per day. The voyage was completed without touching land, and without any form of outside aid apart from radio contact.

During the voyage, her yacht overturned off the coast of southern Africa in 100-knot winds and 70-foot seas. She was washed overboard and saved only by the two safety lines that harnessed her to the boat. Having just missed a collision with a tanker, she recalls in her book:

My life flashed before my eyes for the second time in an hour as I was washed just over the top of the leeward safety railing before my harness lines pulled me up short. I held my breath under the water until my lungs felt they would burst, willing my lovely to right herself and praying that the two harness lines did not give way. She took her time, but true to form gracefully rose once again, this time with me dangling over the side.

Cottee relied on the mechanical Fleming wind vane that corrected to a course charted with sextant and compass, with help from a satellite navigation system. Satellite navigation was in its infancy at that time and offered nothing like the coverage and precision we all take for granted from Global Positioning Systems (GPS) today.

Cottee and her major sponsor, Blackmores used the voyage to raise more than $1 million for the Reverend Ted Noffs' Life Education Program. Cottee also undertook an 18-month national schools tour, speaking to over 40,000 senior high school students, inspiring them with her message that you can achieve your dreams if you work steadily towards them.

Kay Cottee’s boat, Blackmore’s First Lady is currently on display at the Australian National Maritime Museum, fitted out as if on voyage complete with Kay’s favourite food, navigation tools and more.