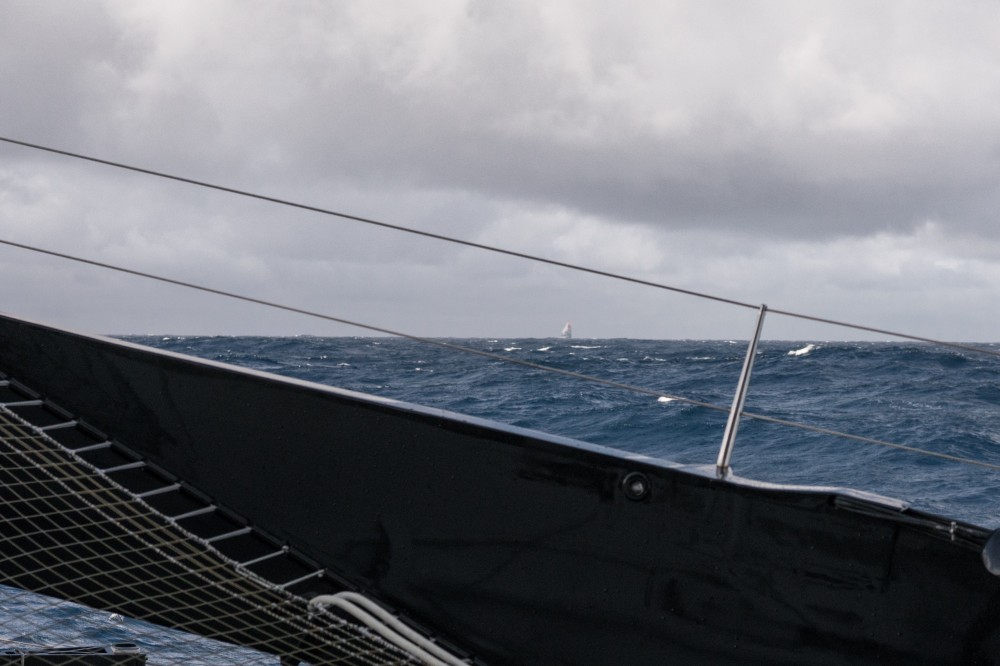 Spindrift 2, the world's largest racing trimaran, skippered by Yann Guichard, is currently racing on the Jules Verne Trophy round-the-world crewed record attempt, with a time to beat of 45 days, 13 hours, 42 minutes and 53 seconds.

By crossing the longitude of South East Cape, the southernmost tip Tasmania, at 08:39 GMT last Saturday, December 12, 2015, Spindrift 2 set a new record time for crossing the Indian Ocean (Cape Agulhas-Tasmania in 8 days 4 hours and 35 minutes) but more importantly for the passage between Ushant and the entrance into the Pacific: 20 days 04 hours and 37 minutes, which is 2 hours and 34 minutes better than the holder of the Jules Verne Trophy. But what awaits them in the largest ocean on the planet looks quite difficult to decipher.