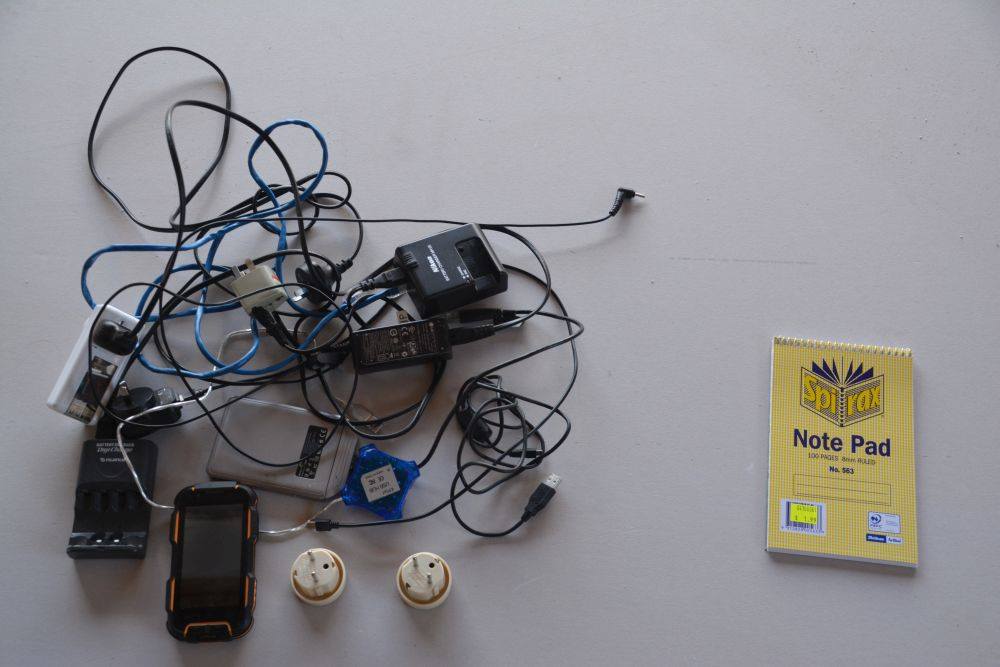 As I packed my bags for Rio, I cogitated on the pile of electronic gadgetry I was taking with me. The photograph shows the difference between my kit for Rio 2016 and what I would have taken to Seoul in 1988.

Although I can file stories to the Mysailing website instantly and give you immediate results via Facebook or Twitter, this constant communication comes at a price.

Included in my kit, along with my laptop, camera and mobile phone, were two power adaptors for Brazil, my laptop power chord, phone charger, charger and download chords for the camera, a multi USB port, a hard drive for back-ups and a chord for hard-wiring to the internet in the media centre as wireless is usually useless at big events.

On the right is what I could have got away with in Seoul – a notebook. I would also have had a pen and a portable typewriter, but I could have survived without the latter. As a journalist I would NEVER have carried a camera. That was the perogative of photographers and any interference on my part would have resulted in a union stop-work. 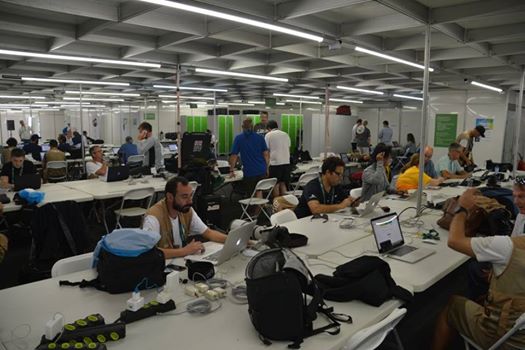 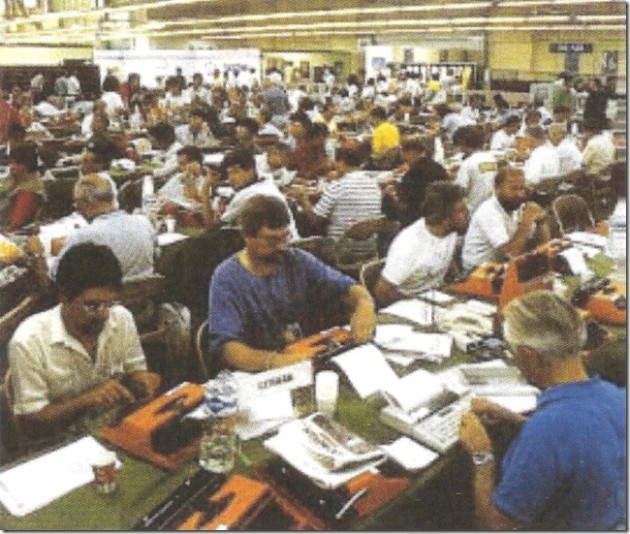 How we did it in the old days. Note the portable typewriters. Photo courtesy Bob Messenger**.

When I began my sports journalism career straight out of school I covered the First XV rugby competition. I would make notes in my notebook while watching a game, return to the newspaper office and type up the report on an old Olivetti typewriter. The coaches of the games I wasn't watching would phone through the results to me (on a landline of course) and I would hand my completed article to a sub-editor.

He would attack it mercilessly with a pencil, crossing out phrases he didn't like and adding punctuation or other marks for the typesetter and would write a clever headline designed to attract the reader's attention*. Then he would place the pieces of paper in a capsule, open a little door beside his desk and send my words of wisdom to the comp room via a wonderful pneumatic tube system that covered the entire seven floors of the newspaper offices.

After being set in metal type and proof-read once more, they would appear in the next day's newspaper where thousands of people could read my youthful ponderings on the state of play. 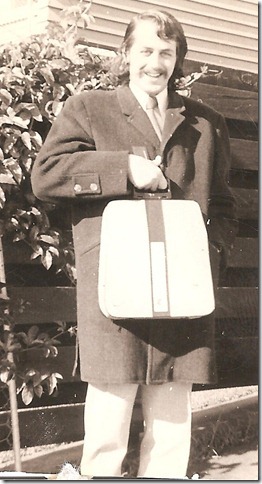 Sports journalist Bob Messenger with trusty portable on assignment circa 1971.

If I was covering a sporting event from another city, the system was even easier from my point of view. I would write my report, either in my notebook or typed on a portable typewriter, and would phone it through to the copy girls, usually from a public phonebox. Highly trained in shorthand, they could take down every word and punctuation mark I dictated to them at normal speaking speed. They would then hand my copy to the subs and my job was done for the day. It would be time for a beer – or in those days lots of beer.

By the time Los Angeles or Seoul Olympics came around, journalists used fax instead of phone, but the system from filing of copy to appearance in the paper differed very little. 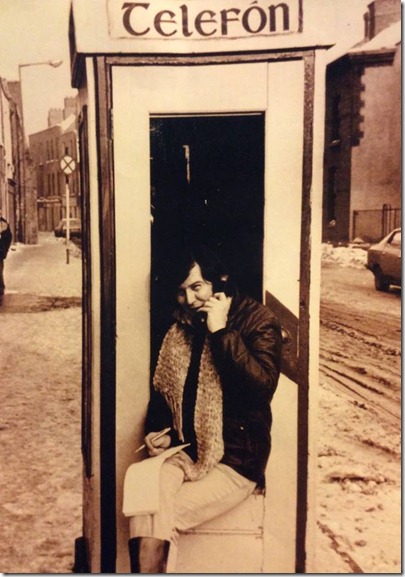 Calling in the copy from a phone booth. Photo courtesy Bob Messenger.

These days anyone can call themselves a journalist. They don't have any formal training and many can't even punctuate a sentence correctly. Despite my extensive electronic equipment list above, they can do it all on a mobile phone if they have better eyesight and more nimble thumbs than an old warhorse like myself. And they can publish it anywhere, from one of the less-discerning websites to Facebook, Twitter or personal blog.

But is the result really worth it? Do you really want to read uninformed opinion, presented full of typos, grammatical errors and just plain bad English? Sure you get it instantly and its free. But it's usually worth what you paid for it – nothing.

Obviously we are never going back to the “good old days” of notebook and pen. But it's a shame that with all these wonderful new resources at our fingertips, we can't produce a better product than we had last century.

In my opinion, quantity will never be as good as quality.

* I worked with an English sub-editor named Stan Pinnegar in my first job as a cadet journalist. Stan's greatest claim to fame was a headline he wrote when Iraq had granted some minor concessions to the Kurdish people. “Kurds get their way” was Stan's masterpiece, which when published resulted in him having to buy the entire editorial floor vast quantities of beer.

** These photographs were supplied by Bob Messenger, a famous sporting journalist from times gone by, a collector of typewriters and the Patron and Founder of Messenger's Marauders, a media rugby team for which I played many years ago in Perth. I mention this last point as it is a $2 fine not to do so.