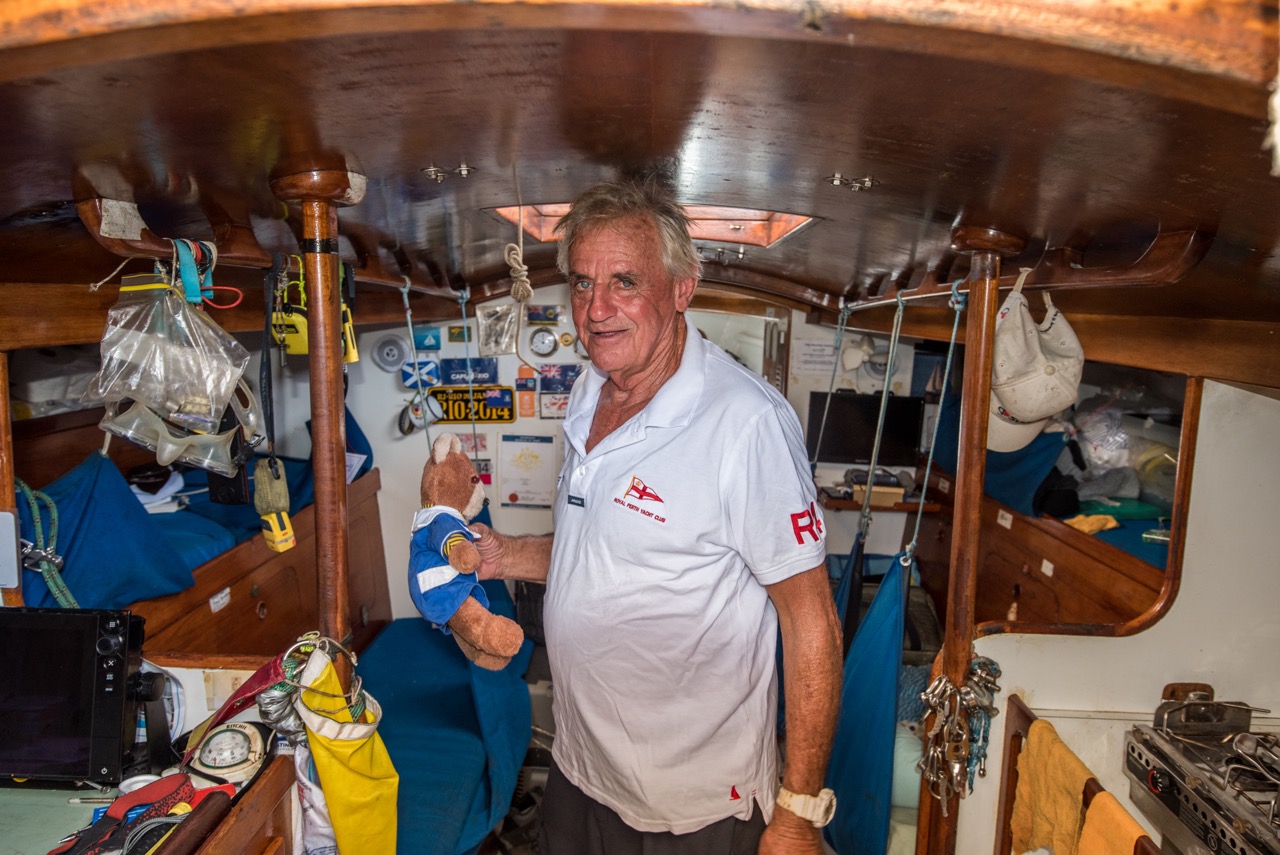 The West Australian. By Kate Ryan.

Stepping onto his yacht with the ease of a seasoned sailor, you’d never know sailing legend Jon Sanders is turning 80 this year.

He knows where everything ison his second home, penned at Royal Perth Yacht Club. In a small area on the left of the boat, his makeshift bed; photos and trinkets from his world travels stuck to the walls.

“If you put a prisoner in a prison cell the size of my cabin there’s be an outrage. But I find it quite pleasant,” the yachtsman laughed.

The 34-foot Perie Banou II has taken him around the world. In fact, he’s circumnavigated the globe solo 10 times.

He holds the record for the longest distance continuously sailed by anyone – crewed or un-crewed – and could be considered the greatest sailor in the world.

He told The West Australian on his return from his 10th trip just last year, that would be his last. But at 79, he’s getting ready for his 11th world sail later this year.

Read the full story in The West.