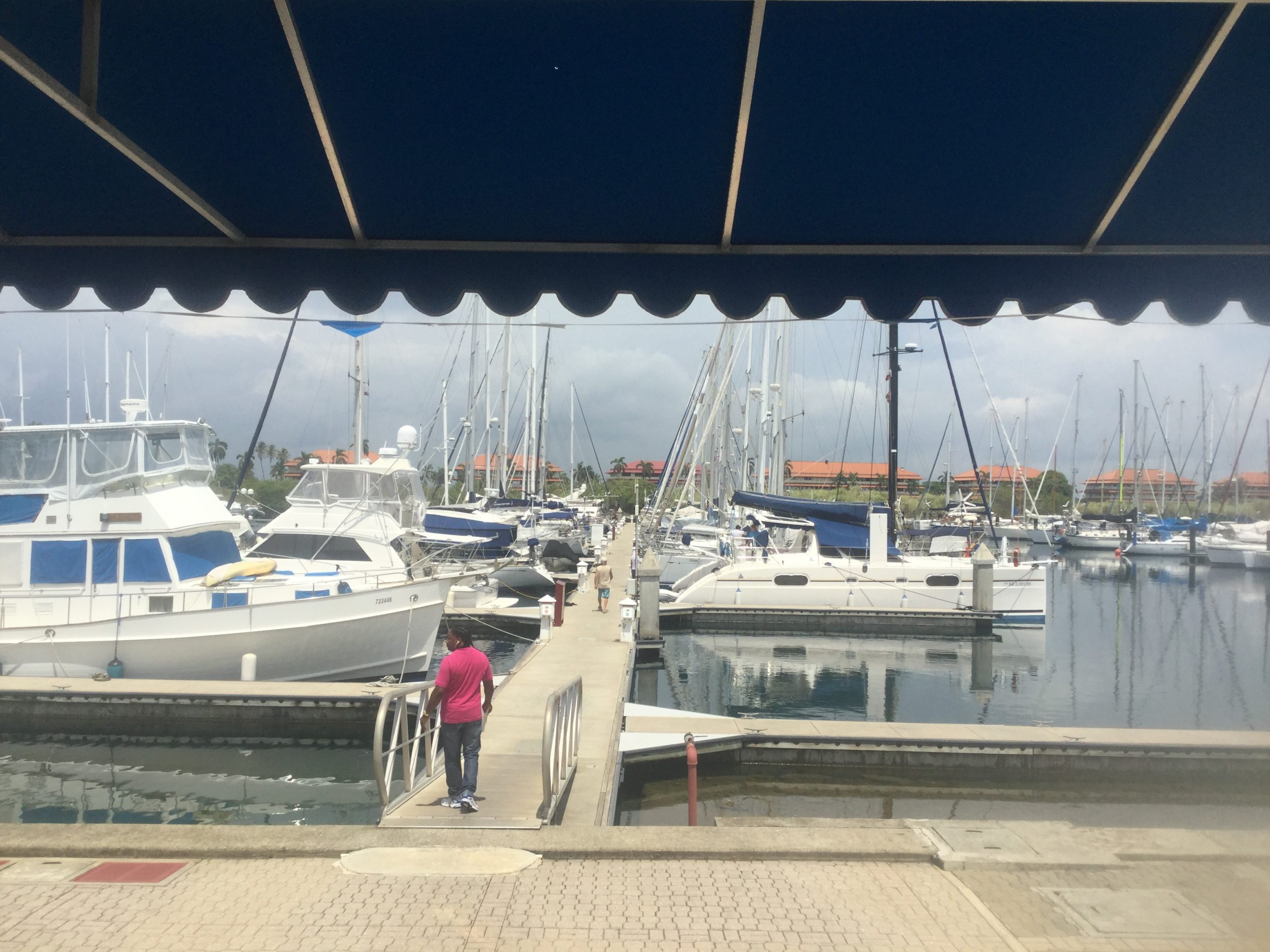 Jon Sanders is on his 10th circumnavigation of the world. He regularly sends these unique insights into the places where he stops. He is currently waiting to go through the Panama Canal.

The city of Colon Panama, Atlantic side of the Panama Canal.

Colon remains, as with previous years, a dangerous city. But it is much cleaner and getting better.

Balboa is the port for Panama City on the Pacific Ocean. The other end of the Canal.

If one looked at a map or chart of all of the Americas, (north, middle and south). And one wanted to cross from the Atlantic to the Pacific. One would be going east to west.

Did I get that right?

So to go thru the Panama Canal, from the Atlantic to the Pacific.

One would go West to East.

Did I get that right?

The canal actually runs north to south. With Colon on the Atlantic side “West” of Balboa on the Pacific.

Thought you needed to know that.

This will be my 7th transit of the Panama Canal.

Paul and Nathan both tell me what to do all the time. Thank goodness.

1976 the Canal Zone was United States Territory. Managed and run by the US. At cost. Organised, clean, tidy. Remarkable.

1990 the Canal and Canal Zone ceded to Panama. But still managed by the US. The Zone was looking a bit sad.

Today Panama manages all, the economy is up. The Canal and Zone as beautiful as ever.

The yachties need an agent. Everything busy.

In 1976 the Zone was a major US. Military region. “Southern Command”. Not no more.

The magnificent barracks and administration buildings have lain bare for years. The US. even stripped the wiring out of them.

Now one of those buildings is being used by the Panamanian Naval Marine.

Shelter Bay and the former barracks are surrounded by jungle. Real jungle. (Except for a bumpy road in and out).

Whilst talking to some Australians on a Hobart registered Yacht I noticed a number of people walk out on the finger jetty alongside my yacht.

They were gawking at an 8 ft crocodile.

I reckoned it was an alligator. Because they can be found in the man-made Gatun fresh water Lake which is a major part of the canal and provides water for the Lochs. – that is Scottish.

Locals said it was a young crocodile. Alligator I reckon.

My agent from former transits Tina McBride has again agreed to be my agent. Which is nice. Paul Stratfold keeps in telephone contact with her.

He and Shiralee plan to fly from St Martin to Panama for Perie Banou’s transit.

Needless to say I look forward to that.

Regards to all Jon.