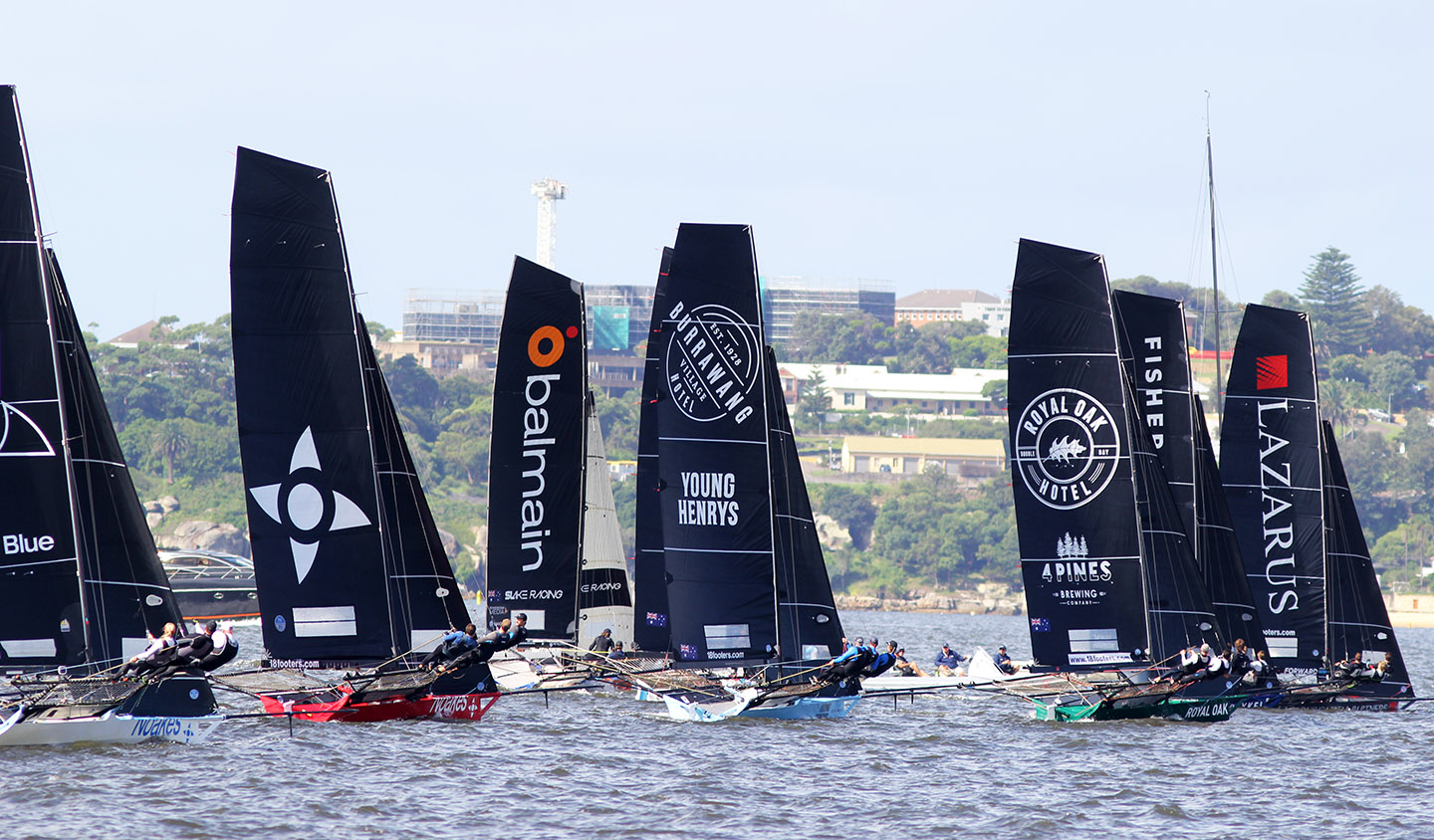 Races 3 and 4 of the 2022 JJ Giltinan 18ft Skiff Championship, which were unable to be sailed last Tuesday, were sailed on Sydney Harbour on Friday.

In the 5-12 knot south-east wind, the previous domination by the Andoo team was broken as the two races produced two new winners, namely Noakesailing and Finport Finance.

In Race 4, Finport Finance (Keagan York, Bryce Edwards and Phil Marshall) led for much of the race before taking the honours by 30s from Andoo with Fisher & Paykel (Jordan Girdis, Sam Monkhouse and Nathan Edwards) a further 1m22s back in third place.

Following today’s two races and a drop now in place, Andoo leads with a net total of 7 points, followed by Tech2 on 17, Rag & Famish Hotel on 28, Noakesailing on 39, Lazarus Capital Partners on 41 and Fisher & Paykel on 45.

In the day’s first race, Lazarus Capital Partners grabbed the early lead after choosing to sail on the eastern side of Shark Island to the windward mark, but was chased down on the spinnaker run back to the bottom mark by Noakesailing, to conclude the first lap of the course.

Noakesailing was brilliant on the following beat back to the top mark and opened up a 1m5s lead over Andoo as spinnakers were set for the run to the finish.

In the later race, Finport Finance held a narrow lead after the first lap of the course then raced out to a 45s break over Andoo at the final top mark before finishing 30s ahead of the Championship leader.

Handicap honours on the day went to Appliancesonline in Race 3 and Finport Finance in Race 4.

The final two races of the championship will be sailed over the weekend:
Race 8 – Saturday, March 12 (Big Kite Memorial Trophy)
Race 9 – Sunday, March 13