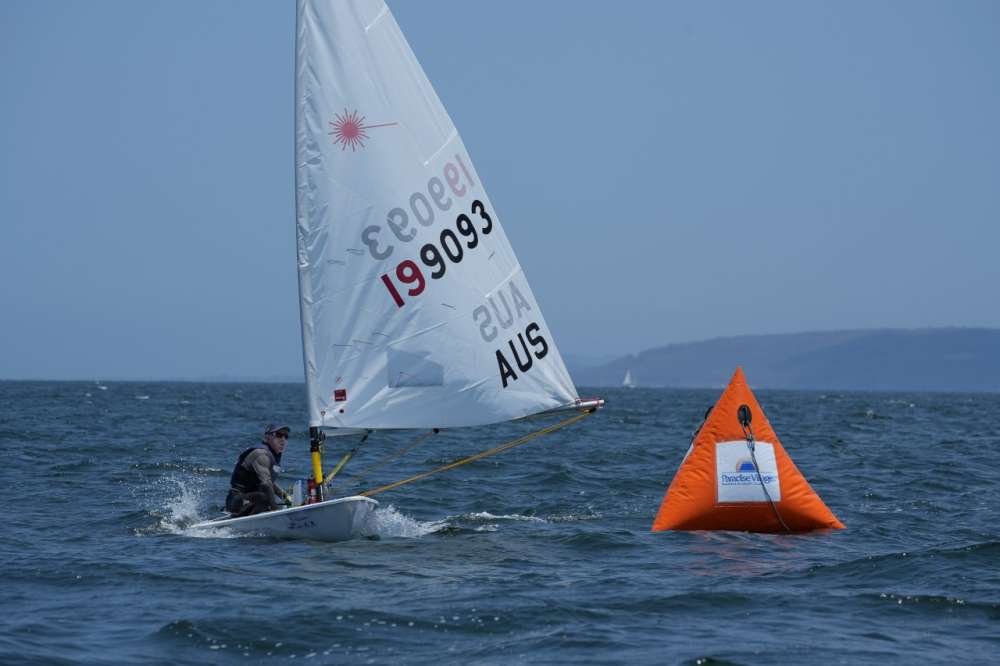 Vallarta, Mexico – Although Hurricane Blas threatened to steal the breeze, the wind gods prevailed on Banderas Bay for the final day of the ILCA 6 Masters World Championships. With the hurricane moving west, two more perfect races were completed under sunny skies and warm temperatures in Riviera Nayarit, Mexico. The 10–12 knot wind put the onus on boat speed and tactics for all the divisions. Downwind technique was also critical – those able to catch the waves most efficiently could make big gains on the fleet.

The final day brought a shake-up in the Legends division, for sailors over the age of 75. American Bill Symes who was unstoppable throughout the week, was caught over early in the first race of the day allowing fellow American Chris Boome to take the win and move into a tie for first overall heading into the last race. In the final race, Boome managed to sneak ahead of Symes and clinch the championship by one point over Symes.

Allan Clark of Canada closed out a hard-fought victory in the very competitive Grand Masters division, with the overall championship decided in just the final race. After a capsize on the first leg, Clark’s victory appeared in jeopardy, but Australian David Luketima’s fourth place in the final race was not enough to close the difference for the win.