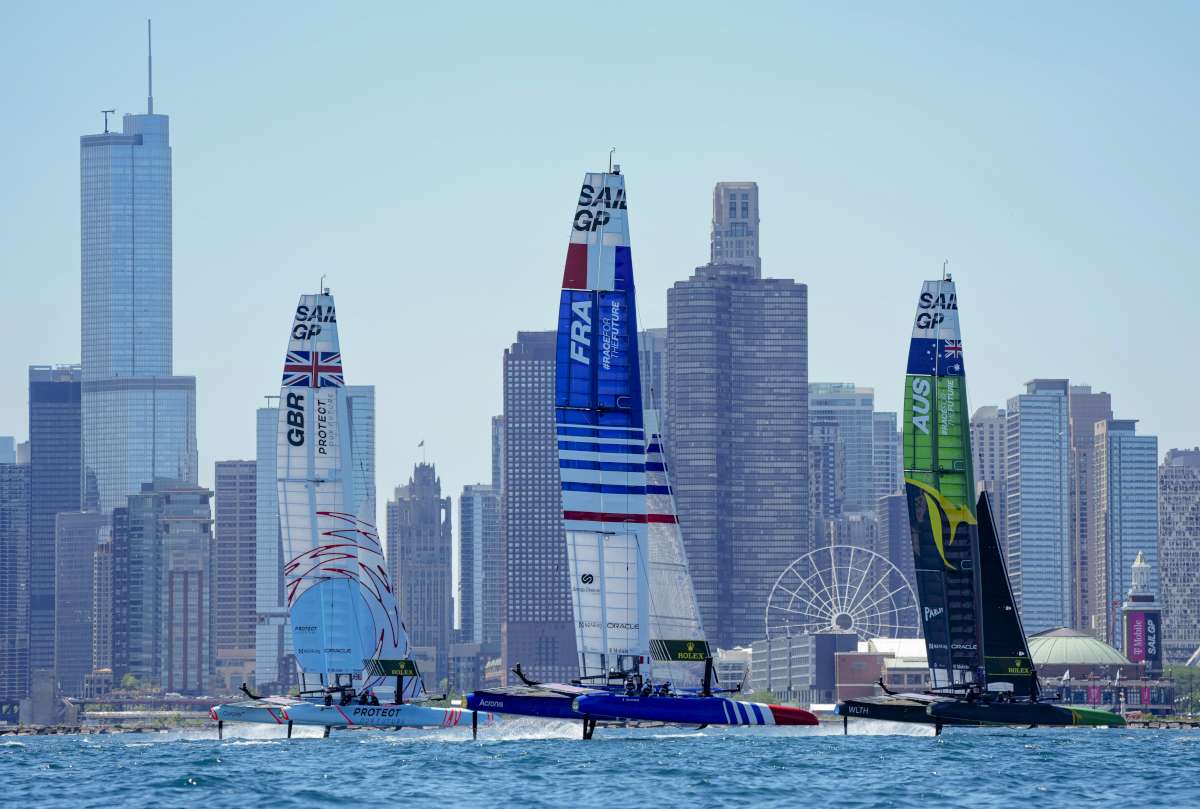 Chicago: Great Britain Driver Ben Ainsle has demonstrated the ‘ashes on water’ rivalry is fiercer than ever, firing warning shots at Tom Slingsby’s Australian SailGP Team ahead of the T-Mobile United States Sail Grand Prix I Chicago at Navy Pier.

It comes after the Australia Team, Season 2 champions, triumphed in Season 3’s
inaugural event in Bermuda last month, topping the leaderboard after beating Great
Britain and Canada in the Final.

Speaking at the press conference ahead of this weekend’s racing, Ainslie took his
opportunity to comment on the Australia team’s confidence, describing it as a ‘huge
motivator’.

Ainslie said: “When you hear them (Australia) talking about how good they are, or how
good they think they are, it’s definitely a motivator to try and beat that and take that
down. I think it’s a dangerous line to tread.”

Slingsby said: “What we have going on is really special, the harmony and vibe in the
team at the moment is unbelievable.”

But Slingsby will not just rely on the team’s current result standings to carry them
through racing this weekend, with the team focused on continuing to strengthen their
competitive edge.

Slingsby said: “We are studying all of the other teams all of the time. Other teams think
that we are not doing that because we’ve had some good results lately. But I’ve
probably watched 15 hours of footage of the GBR team after Bermuda and their
communications. They do some things better than us and we do some things better
than them. We are trying to take their good things and apply that to what we do.”

Racing will take place on Saturday (18 June) in Chicago, with the top scoring three
teams to compete in the final race on Sunday (19 June) where the winner of the
T-Mobile Chicago Sail Grand Prix will be crowned. Australian fans can tune in live on
Fox Sports and on Kayo in Australia to watch race day 1, which takes place on Sunday,19 June at 5:00AM AEST.