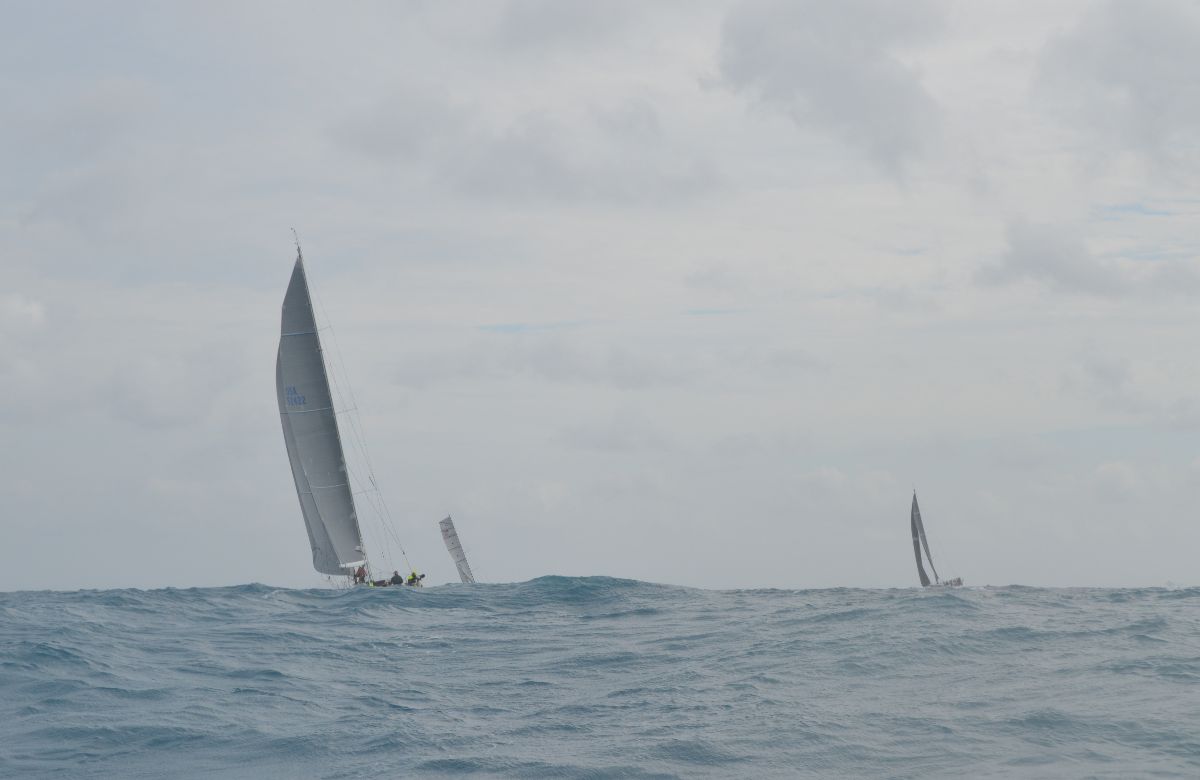 Miami, Florida: Six teams started the Pineapple Cup–Montego Bay Race at 11:05 ET today under cloudy skies in a 20 knot southerly with 5-7 foot swells, with the Class40 Dragon first across the line, followed closely by Senara and Sin Duda!

Over 100 sailors from 13 countries, including Volvo Ocean Race and America's Cup champions are taking part in this 34th edition of the 811-nautical mile race. Tracking will update every 30 minutes at: http://pineapplecup.com. The IRC and Multihull fleets start tomorrow at 2pm ET.

Nigel Knowles, Commodore of the Montego Bay Yacht Club, said: “Because we have a two-start race, I'm thrilled to be able to see the first start and then be a participant in the second start tomorrow.

“To have 13 countries competing alongside a number of Jamaicans, including the team (Conviction) from Royal Jamaica Yacht Club and my yacht club is fantastic. I am very much looking forward to seeing all in Jamaica as we give them our world famous Montego Bay Yacht Club welcome.”

Hugh Piggin, Race Director, commented, “The teams are off on a screaming reach through the Gulf Stream for the next six hours – it's going to be fast and wet. The big question mark is the passage of the front, sitting just off the Florida coast, and when it will overtake the fleet. Once the front passes, there will be a transition period to westerly winds the teams will have to deal with.”

IRC and Multihull start:
Tomorrow at 2pm ET, 64 sailors from six teams will start the 34th Pineapple Cup-Montego Bay Race. Sailors will race the 811 nautical miles from Miami to Montego Bay, Jamaica to compete for the prestigious Pineapple Cup.

Since its inception, the Pineapple Cup has been a must do for top-tier racing programs around the globe. Notable sailors, including three-time winner Ted Turner, have dubbed the race ‘the best ocean race in the world.’