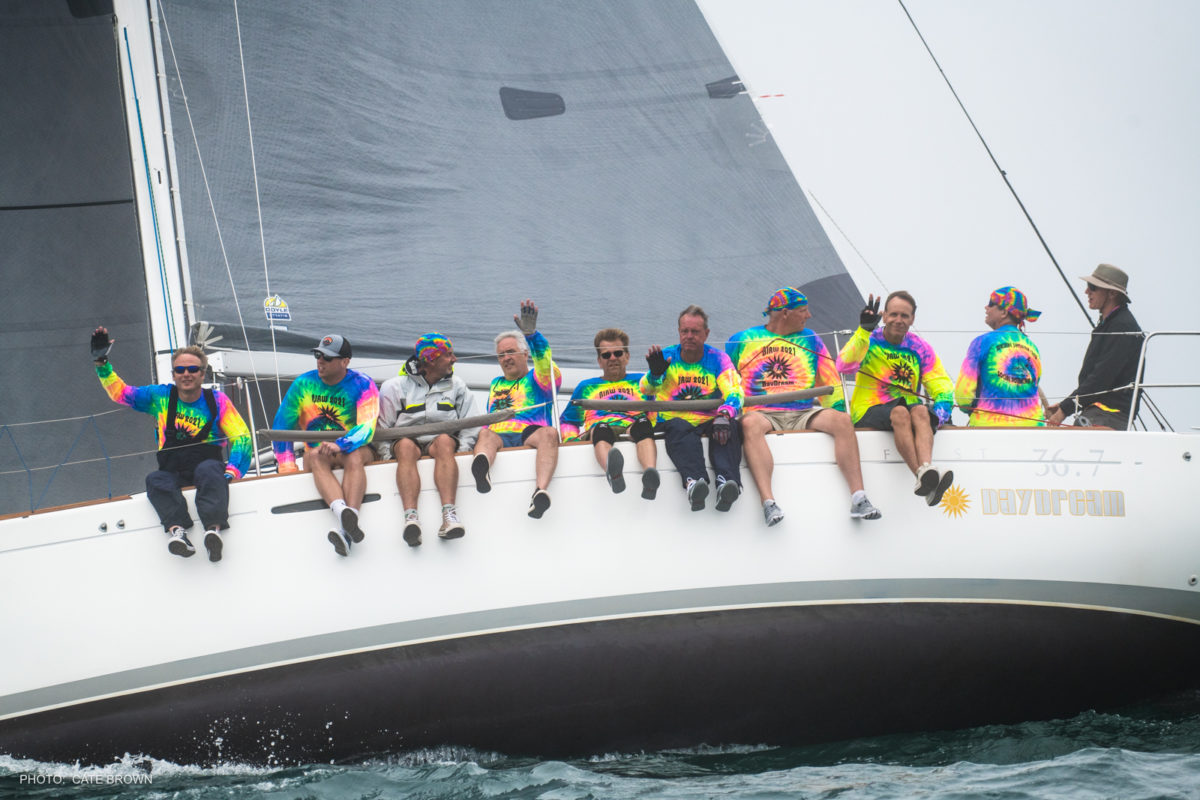 “Somehow Mother Nature knows when a regatta is starting, so the great weather you have been having is probably going to change,” meteorologist Chris Bedford said with a chuckle, as he kicked off the North Sails Weather Briefing Webinar ahead of Block Island Race Week presented by Margaritaville.

Bedford’s foreshadowing, unfortunately, came to bear when the sailors and Race Committee awoke this morning after a gorgeous weekend to a thick fog settled on the island and the surrounding Rhode Island Sound.

After months of anticipation to get back out on the water post-COVID, 158 teams (a recent BlRW fleet record) were eager to go, so they were sent out for the Regatta Craft Mixers Round the Island Race. This was historical to have the first day and all were hopeful for clearing skies in the south-westerly breeze.

“Looking at the weather report for the week, Monday looks like the best wind for getting around the Island, so that’s why we picked today,” Event Chair, Ray Redniss, said in the morning.

“The Round the Island is a big deal. Back in the day, we used to do many per week. We are back where it all started at Champlin’s Marina, where Block Island Race Week first ran in 1965.”

Starting on time, the 52-boat Green fleet, made up of the Performance Cruising Divisions and Multihull fleets, were fortunate to commence and complete their 18-mile counter-clockwise course. However, the remaining competitors on the White and Blue circles were postponed, due to the reduced visibility at their starting area caused by the fog.

“We had a great start and were able to keep extended,” said Ben Hall, who raced on Incognito with Brito. “When we finally got some clear sky after fog in the Southeast Lighthouse, and we couldn’t see anyone, we knew we were in the lead.”

Fellow crew, Kyle Fast, joked: “We actually joked at one point that they might have called the race off and we missed the memo.”

There are 63 J/Boats competing and Block Island Race Week.

Unfortunately, the fog never lifted in the start area for the White and Blue Race circles, so racing was abandoned for day for those 105 boats.

“Great racing is the goal. A few months ago, we weren’t sure if we were even going to be able to make it happen and now we’re back with socials at the tent and one of the biggest fleets we have ever had,” Redniss from the Race Committee said.

“It’s amazing to just be able to shake hands with everyone. We still anticipate a great week ahead of us.”