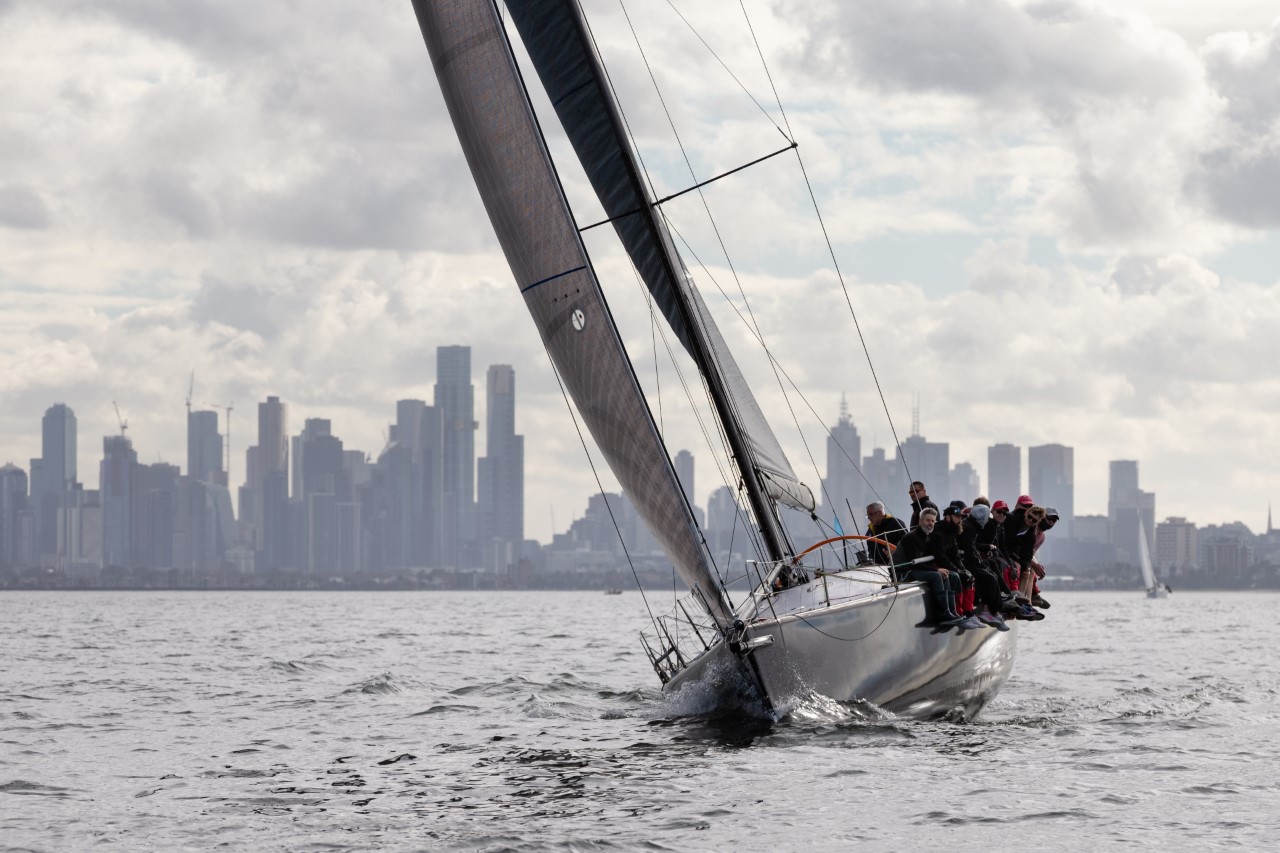 The ORCV Winter Series kicked off with 45 competitors on Port Philip in Melbourne enjoying close racing after the conclusion of the lockdown period last Saturday, and John Paterson was the victor with his Farr 45, Rush.

Tricky light winds were the theme in the 17 nautical mile race on the weekend, where tactical genius and choosing the right sails was the aim of the game.

John Newbold’s Reichel/Pugh 51, ‘Primitive Cool’, made it home first to take line honours, with a mix of old and new crew. This was a great result after a year-long break from racing.

Rush was second over the line to take out both the overall and AMS division wins. Rush was followed by Gerry Cantwell’s Marten 49, ‘Carrera S’, only a minute behind, and picking up first in ORCC.

The race course featured a longer leg out to the spoil grounds and back to mark T14. Boats that initially led off the line were fighting to maintain their leads as the pack behind them carried better breeze across the bay.

Cantwell said, ”We had an exciting race with Rush across to the spoil ground and right through to the finish and enjoyed mixing with some fast boats.”

Meanwhile, overall winner, Paterson, commented: “The fleet stretched and then compressed in the latter half of the race.” as boats dodged around holes in the breeze and eroded the lead of those ahead.

Overall, Rush sailed a great race, making good ground upwind on the right-hand side of the course, before fighting to keep those gains against Carrera S, while chasing Primitive Cool.

Damien King’s Frers 61, Margaret Rintoul V, was also mixing with the front runners in her first race since moving to Melbourne less than three weeks ago. This after a busy week preparing the boat with help from Simon Dryden and Lowa Paszko.

King and four crew worked hard to keep the 20-ton yacht pushing some of the lighter boats in the field.

Congratulations to all who took part . The second race of the ORCV Winter Series is scheduled for the 3 July, when the steadily growing fleet race to Blairgowrie Yacht Squadron.

To enter and for all information: http://www.orcv.org.au/winter-series