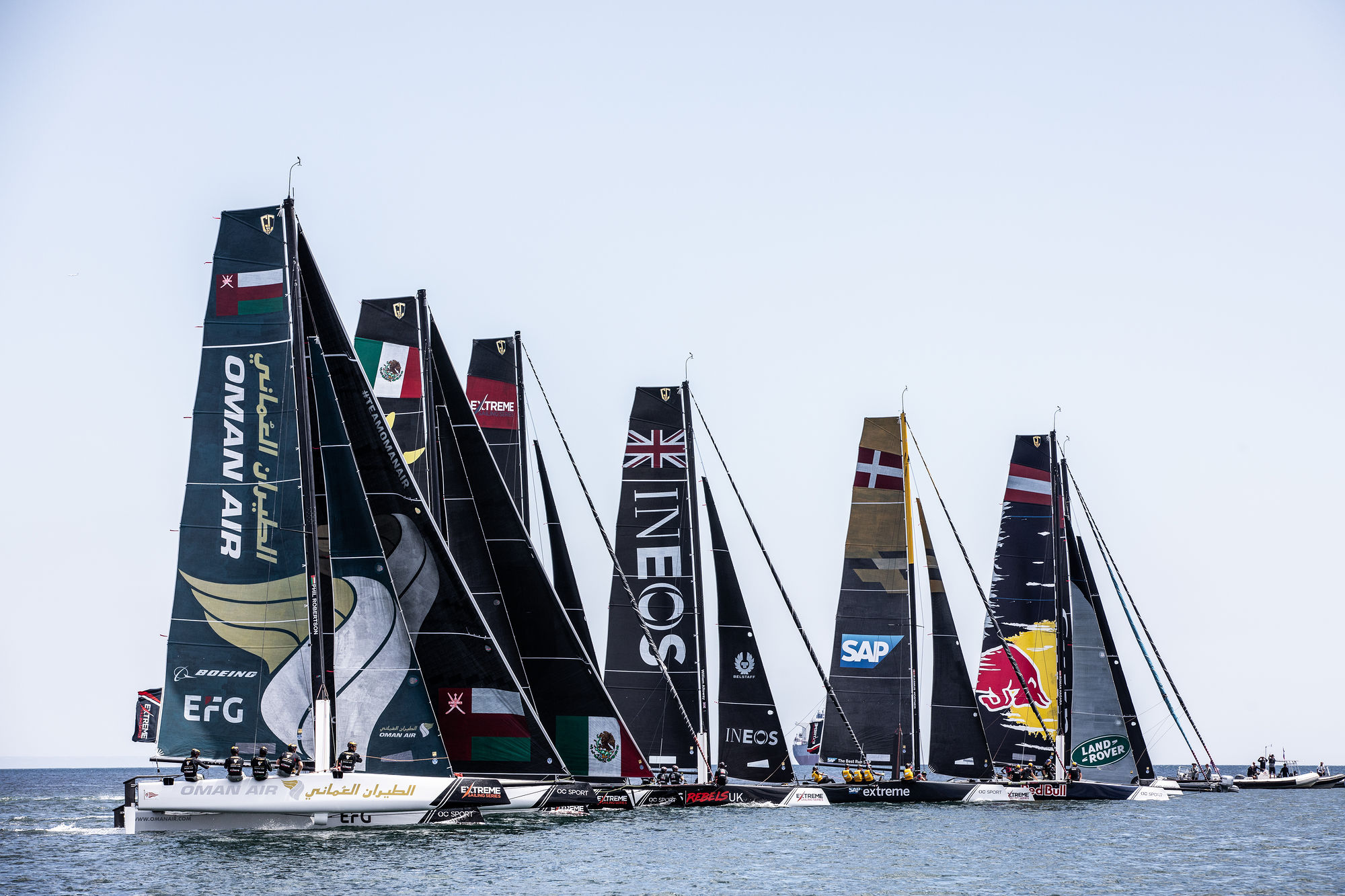 From 24-27 August, the Extreme Sailing Series of hydrofoiling GC32 and double-handed Flying Phantom fleets will foil into Cardiff Bay as the headline act of Cardiff Harbour Festival. Racing in an amphitheatre style, inland course with fickle and fluctuating winds, the crews are sure to be challenged.

“Cardiff is the smallest and most intense racecourse of all the venues this year,” explained Rasmus Køstner, skipper of last year's season and Cardiff Act winners, SAP Extreme Sailing Team. “It is also one of the most unpredictable courses so you need to be ready for some quick decisions. It makes Cardiff an interesting place to race.”

SAP Extreme Sailing Team may have won the UK Act last year and currently sail in second place overall, but British squad INEOS Rebels are keen to bring new blood to the Cardiff podium this time around, following a third place finish in Cascais, Portugal.

“The team is pretty fired up for some good racing in Cardiff this year and we are looking forward to the support from the home crowd,” said the team's skipper, Will Alloway. “It's a big motivator for us when we are out on the racecourse.”

“We had a debrief post-Cascais to analyse our performance and identify the areas for improvement,” he continued. “We want to go into Cardiff knowing we have done all we can to be as prepared as possible. We feel we are in a good place heading into the Act and hope our results will reflect this.”

Top dogs Alinghi will also be looking for another podium finish in Wales. The Swiss team currently leads the fleet, having taken three out of four wins so far this year. A force to be reckoned with, this elite team will be taking no prisoners on their quest for the coveted Cardiff trophy.

With a mixture of pride and determination, co-skipper and helm Arnaud Psarofaghis said: “The team has done a really good job to lead the fleet so far, but now the real deal starts. We will push harder than ever before to maintain our lead.”

However, competition in Cardiff is expected to be tough. Phil Robertson's Team Oman Air will be striving to break out of the third place ranking they've held all year, whilst Austrian challenger Red Bull Sailing Team – spearheaded by double Olympic gold medallists Roman Hagara and Hans Peter Steinacher – will be putting in 110% to secure the success they've missed out on throughout the 2018 season.

“We have a strong team of sailors and are sure that we can race for victory in Cardiff,” said a resolute Roman Hagara, the team's skipper. “With a bit of luck, which we definitely have not had in the races so far this season, the podium is reachable.”

The aforementioned teams will be joined on the course by Team México and local wildcard, Team Wales.

Although the GC32 fleet has two further Acts after Cardiff – in San Diego, USA, and Los Cabos, Mexico – the Welsh capital hosts the grand finale for the Flying Phantom Series.

Following four prior Acts in Muscat (Oman), Quiberon (France), Barcelona (Spain) and Cascais (Portugal), the eight-strong international fleet of double-handed foiling Flying Phantom catamarans will race in Cardiff Bay each day in a bid to be crowned overall champions.

This year will be the seventh consecutive year that Cardiff has welcomed the Extreme Sailing Series. Pleased to host the prestigious Stadium Racing championship once again, the Welsh Minister for Culture, Tourism and Sport, Lord Elis-Thomas, said:

“We are blessed, in Wales, to have attracted some of the very best major sporting events in the world over recent years, with this event one which has quickly become a real highlight in Cardiff's calendar.

“The Bay is magnificent when the Extreme Sailing Series comes to town, and this year's Year Of the Sea will make it particularly special as we welcome the thousands who will again descend on our capital to watch the world-class sailing and soak up the fantastic atmosphere.”

The event's free-to-enter Fan Zone is located next to Britannia Park and the Norwegian Church at Cardiff Bay. Offering a live music stage, food and drink stalls, walkabout characters, an Eco Lounge containing furniture cleverly upcycled from debris collected in the bay, and much more, the Fan Zone caters for all, ensuring visitors enjoy their Extreme Sailing Series experience to the full.

After Cardiff there is San Diego, USA, in October and Mexico over November/December.