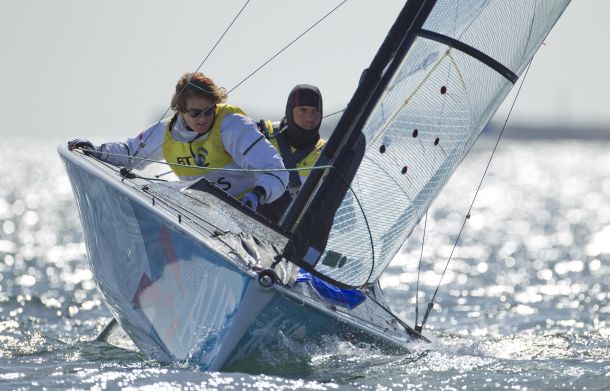 09/04/2015
The following statement has been issued by ISAF:
Following the International Paralympic Committee's (IPC) decision on 3 February 2015 that sailing will not be included in the Tokyo 2020 Games, the ISAF Executive conducted a review of the announcement.

On 2 April, ISAF President Carlo Croce and ISAF Vice-President Scott Perry met with the Chief Executive of the IPC, Xavier Gonzalez, and the Paralympic Games Sport & NPC Services Senior Manager, Juergen Padberg in Bonn, Germany. It was confirmed by the IPC to ISAF that the process to select sports for the Tokyo 2020 Paralympic Games has officially ended meaning the IPC's decision on 3 February 2015 stands.

Up until recently Disabled Sailing and in particular Paralympic Sailing was governed by an affiliate organisation to ISAF called the International Association for Disabled Sailing (IFDS). IFDS were given three separate chances to justify the inclusion of sailing into the Tokyo 2020 Paralympic program and did not make a convincing case. As a result, sailing was not included as one of the sports for the Tokyo 2020 Paralympic Games.

IFDS merged with ISAF in November 2014 with the main aim of opening a whole new field for the development of disabled sailing. The IPC viewed IFDS' merger with ISAF in a positive light and look forward to a strong working relationship with ISAF going forward. In particular, the IPC welcomed ISAF's application to become an IPC member.

Despite the disappointment that the process to select sports for Tokyo 2020 has officially ended, ISAF will continue to work hard to reinstate sailing in the 2024 Paralympic Games and also pursue the slimmest possibility of sailing being included at Tokyo 2020.