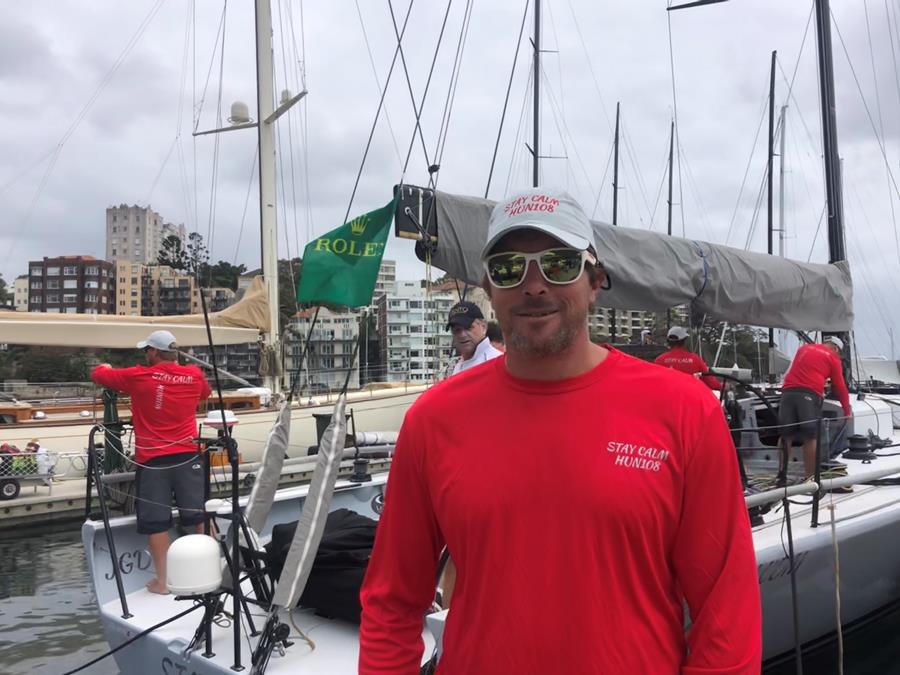 Eight international crews are entered in the Cruising Yacht Club of Australia's 2019 Rolex Sydney Hobart, each aiming to take home a trophy or two. Judging by some of their boats and the talent in the crews, all are within reach of winning the Tattersall Cup.

Quentin Stewart is representing Guernsey with Maverick 49, a canting keel and DSS foiler boat, the first boat of its size to combine this technology.

“We often compete against 60-footers and beat them. In our conditions, reaching and running, we have a very competitive package and plan to run hard against the others.”

On board is an established crew including Australian Olympic campaigning brothers, David and Lachy Gilmour and other young talented Aussies.

On a very different boat, the Volvo 70, Maserati, which he has chartered with Jacek Piotrowski, Jacek Siwek said: “I am here because it is one of the finest races in the world. We want to be part of the atmosphere of the race here in Sydney and Hobart.

“I too, have some of the best sailors on board; David Blanchfield, an Australian, has done 30 Sydney Hobarts. We have done a lot of training and definitely want to put it to good use,” Siwek said of the boat legendary yachtsman, Giovani Soldini, raced to fourth on line in the 2015 Rolex Sydney Hobart.

Frenchman Frederic Puzin has been racing successfully in Europe; however, it will be a different boat he sails in our race: “We bought Patrice this year, because she is a very nice boat,” he said of Australian Tony Kirby’s former Patrice, now named Daguet 3.

“We are very excited to be here to do this race. My daughter is racing with me; she is light and the boat is light, so she can look after the gennaker,” he said of Doris, the only female on board.

Hungarian yachtsman, Aron ‘Roni’ Ormandlaki is a man on a mission: “Last year we didn’t finish, because we lost our rig (mast), so it was disappointing. Our main goal is to finish this year – that is important. This time we are only two-and-a-half Hungarians on board, with the rest Australian, including Alive’s winning tactician, Tim Somerville.”

Ormandlaki has purchased the TP52 he chartered last year, now named Stay Calm Hungary, joining the ranks of arguably the toughest one-design boats in the race, including Ichi Ban (2017 overall winner) and Quest (2008 winner and as Balance, 2015 winner).

Darren Wright and his full crew have come all the way from Ireland especially for the 75th Sydney Hobart. “We have chartered the Beneteau First 40 Breakthrough and added HYC to the front of the name – it stands for Howth Yacht Club (in Ireland),” he said.

“We are a group of nine Irish sailors here together. We have been sailing since 2002 in offshore races. This is the one we haven’t ticked yet. We’ve done races like the Rolex Fastnet, Round Island and Rolex Middle Sea Race – we’ve been busy,” the Irish sailor said.

“We want to do well, but we’ve got six other Beneteau 40s in our division and we have to beat them first to have any chance. But we also want this to be fun – here in Sydney, during the race and in Hobart – we want to leave it with memories.”