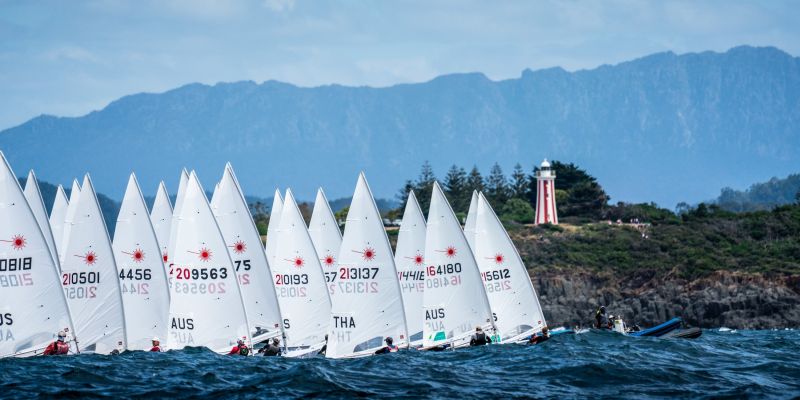 28/03/2019
27 MARCH 2019 – AUSTIN, TEXAS – Managers of the world’s most popular racing sailboat class are seeking new builders to complement their existing network of manufacturers, the International Laser Class Association (ILCA) announced today.  The move comes after longtime builder of the class dinghy, Laser Performance (Europe) Limited (LPE), breached the terms of the Laser Construction Manual Agreement (LCMA), which seeks to ensure the identical nature of all Laser class boats, regardless of where they are built.
“We’re disappointed to see such a long and productive relationship come to an end, but we had to move ahead in order to protect the level of competition and the investment for the 14,000 members of the International Laser Class and the more than 50,000 sailors around the world who regularly sail the Laser dinghy,” said Class President Tracy Usher.
With its UK-based manufacturing facility, LPE was the ILCA-approved builder that produced boats for most of Europe, Asia and the Americas until earlier this week, when Usher says the class terminated the LCMA with respect to LPE after the builder’s refusal to allow inspection of the boats being built in their manufacturing facility as required by that contract.
“The very heart of our class is the ability for any sailor to race any other on an equal playing field, and the only way we can guarantee that level of parity is by ensuring that all builders are producing the boat in strict accordance with the Laser Construction Manual,” explained Usher, who said that LPE has unequivocally denied the class their right to access to LPE’s factory.  “It’s the same for every class of one-design racing boat: if we can’t be sure that they are all the same, we have no class left,” said Usher, who said that LPE left the class “no option.”
Fortunately for sailors around the world, there are already two other manufacturers of class legal boats, one in Japan and another in Australia.  According to Chris Caldecoat, General Manager of Performance Sailcraft Australia (PSA), his company is able to take up the slack if needed. “PSA has sufficient capacity to supply the market until new builders are appointed in Europe and around the world,” Caldecoat said. “We have and will always do what is right for the sailors and the sport.”
“Doing what’s right for the sailors” is really all that matters, according to ILCA Executive Secretary Eric Faust, who emphasized that there will be no disruptions to the the 2020 Olympics or to any major ILCA event.
“Performance Sailcraft Japan will supply all the boats for the Olympic competitions in Tokyo, while the next two World Championships are in regions with Performance Sailcraft factories.  These are existing, class-approved builders so we expect no issues,” said Faust. “We’re confident that we’ll see new builders coming on line soon, and that we’ll once again have a robust dealer network around the world in plenty of time for the lead up to the 2024 Olympics,” he added.  With PSA and PSJ supplying boats and parts to sailors formerly served by Laser Performance over the next few months, Faust expects the disruption to class owners to be minimal or non-existent.
About the International Laser Class Association
Established in 1972, ILCA is a self-funded international association providing coordination, organization, and communication for owners of the world’s most popular racing dinghy, the Laser Class sailboat.  Sanctioned by World Sailing, the sport’s governing body, ILCA’s three classes of boat – the Laser class sailboat, the Radial class sailboat, and the 4.7 class sailboat – feature differently sized sail plans for the same hull, allowing sailors of every size, shape, age, and ability level to sail confidently in all conditions.  Because of their worldwide popularity and ease of use, Laser Standard and Laser Radial Class sailboats are used in the Olympic Games as equipment for the Men’s and Women’s One-Person Dinghy events, and ILCA is one of just six international organizations permitted to run qualifying events for Olympic Class sailboats.  ILCA will release more details about this matter over the coming days via their official website.
With active national associations in over 115 countries, ILCA coordinates racing on six continents, holding seven World Championships every year including junior, masters, and women’s events. For more about ILCA, please visit www.laserinternational.org.