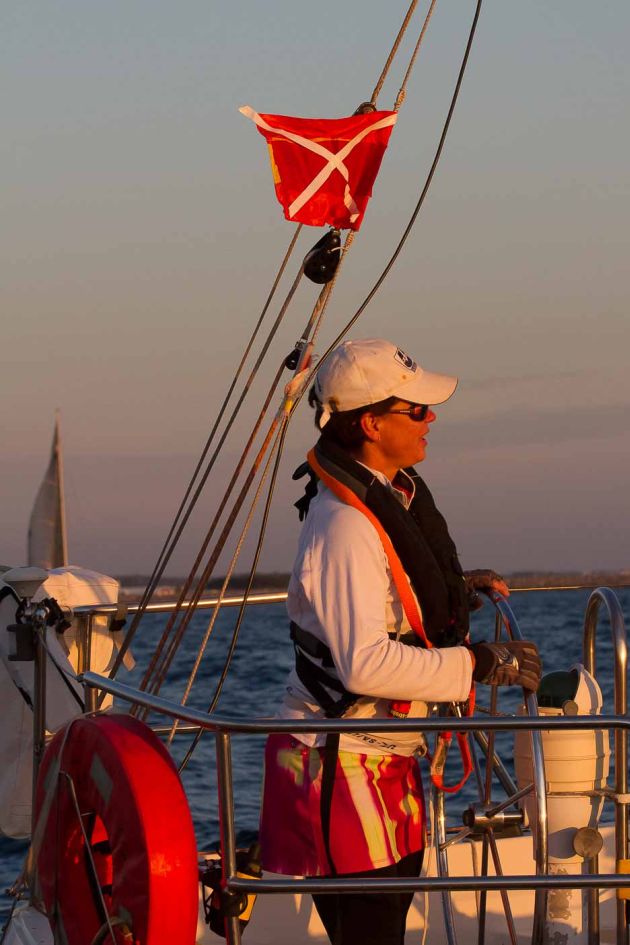 With an average speed of just over 10.6 knots over the 245 nautical mile course, Craig Carter’s Carkeek47 Indian finished well clear of the fleet to record line honours and first place on IRC in Royal Perth Yacht Club’s Naturaliste Race. Dirty Deeds, the GP42 sailed by Alan Stein, clung valiantly to the leader until the final stages of the race, when the larger yacht pulled away as the breeze eased during the early evening. With less than eight minutes separating the two on IRC corrected times, it was a very close result.

Next overall was the Division 2 winner, Giddy Up, skippered by James Halvorsen. Only 30 minutes behind the leader on corrected time, the yacht scored the Division 2 treble – wining the trophy for line honours, IRC and YAH.

Todd Giraudo and David “Dubbo” White confirmed their status as the State’s top double handed combination, comfortably leading Bruce Beattie’s Lizard across the line to also claim a win on IRC handicap. Alison Stock and Brad Skeggs undertook what has been their longest double hander to date in Selkie, finishing third across the line and on handicap.

Officials at Royal Perth Yacht Club are searching the race record books to check whether any yacht has previously completed the distance in a better time than Indian’s. Conditions were close to ideal, with east to south easterly winds around 15 knots until the latter stages of the race, making the front runners very happy that they were enjoying a quiet drink ashore while those behind struggled home in a fading breeze.

Full results can be found at www.sportspage.com.au.