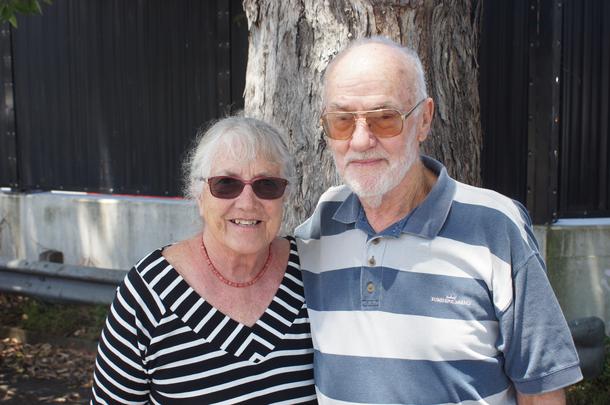 Every year sailors gather at a night where various awards are presented to racing sailors who have excelled in their chosen sport for that year. It was at the Australian Sailing Awards night in 2015 that Cruising Helmsman realised there was no award to honour anyone who has served the large sector of the sailing market that is cruising.

Surely, this was not right.

So, with support from the sport’s governing body Australian Sailing (no relation to Cruising Helmsman’s sister magazine of the same name), the ‘Cruiser of the year’ award was initiated.

Just because cruising sailors do not have a trophy cabinet with no desire to fill one, it does not mean they do not deserve recognition. The inaugural winner of this award is the perfect example.

While Alan trained as a commercial artist, he sailed skiffs and restored yachts. His talent for drawing can still be seen accompanying the articles published in both Cruising Helmsman and Australian Sailing.

While building his own 31 foot cruising yacht Rendezvous, he became a foundation member of Australia’s Junior Offshore Group (JOG). By 1960 with his boat built, he moved aboard, took off and has only begun living ashore now in his older years.

In just four years of cruising he wrote the first edition of the essential manual ‘Cruising the Coral Coast’. He then attained his Master 4 ticket and odd-jobbed for the next thirty years, in between cruising the east coast as well as PNG, Solomons, NT, Timor and more.

Patricia met Alan in 1973 in Sydney. She was a widow with three young children. Producing the first guide was her first experience at deep sea sailing and the love for the lifestyle started then and there, raising the three children along the way.

In 1976 he built a 60’ three-masted ferro-cement schooner Alegrias, which they used to cruise New Caledonia, Vanuatu, Solomons and PNG for the fifth time. During this time Patricia and Alan had a son. Too expensive to run, Alan’s next venture was to buy a ferro-cement hull and deck in Darwin, which they fitted her out before a six year world circumnavigation on Tientos.

In the late 80s Alan bought a near-derelict wooden ketch, Renee Tighe and fully restored her at Gosford. Launched 1990 they cruised her twice to Torres Strait and the NSW coast six times before selling her to build their current vessel Soleares at Maryborough.

Besides their own sailing Alan and Patricia have conducted numerous deliveries. Their favourite being Rome to London via the French canals.

In November 2010, Alan Lucas was awarded a NSW Maritime Medal for his coastal guides and support of cruising. In 2015, Lucas was presented with the Medal of the Order of Australia.

In total, he has published: nine cruising guides, two of which have been revised nine and six times; plus five boat building manuals, one illustrated encyclopedia of boating and seven general interest books (about sailing naturally).

Even at eighty years old his most recent book, ‘Simple solutions’, is a fully illustrated practical look at solving many onboard problems. Full of many of his own drawings it has become one of Cruising Helmsman’s most requested subscription offers.

Worthy winners of the first Cruiser  of the year.