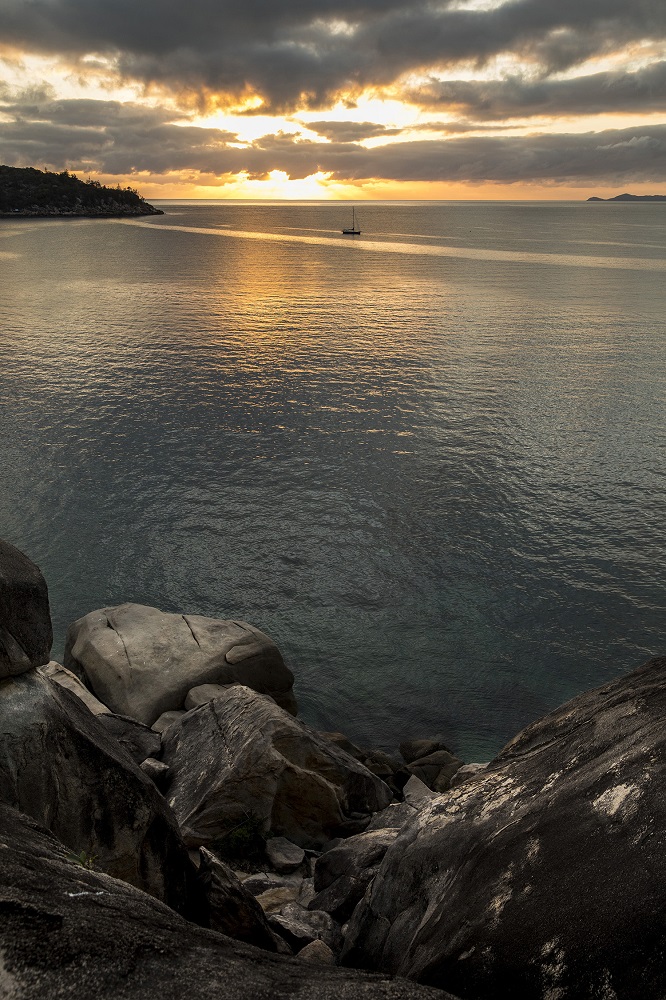 The first morning of spring is truly living up to expectation at Magnetic Island this morning as yachties prepare for a new race at SeaLink Magnetic Island Race Week, the Strand Bay Race, which will give the people of Townsville a first opportunity to see the large fleet when it races in close proximity to The Strand.

Organised and hosted by Townsville Yacht Club, the race is due to start at 11am and will take the fleet along The Strand during the lunchtime period. Some locals have organised lunches, including the Surf Club near Strand Park, while many locals are expected to line the foreshore or take a look from Kissing Point.

The forecast is for a light breeze, but once the yachts are under spinnaker, the mass of colour should make an impact.

More light air – most sailors’ nightmare, but as James Finch, the owner of Warrigal said, with tongue firmly in cheek, “it’s character building.”

Former America’s Cup bowman, Peter Dowdney, who is here sailing on Grant Chipperfield’s Joker on Tourer said, “Light weather, any weather, it’s the best regatta in Australia in the best location. Sallie (his wife) and I come here with the family and we’re enjoying Race Week without the kids this year.

No racing tomorrow, it’s lay day, but there is plenty planned, such as Father’s Day at Picnic Bay from 9am-5pm – all welcome with free shuttle bus from Nelly Bay to Picnic Bay return. Come and see the much anticipated Rotary Magnetic Island Beer Can Regatta – already some participants have been preparing their self-made boats in secrecy on the Island.

From 12pm the Picnic Bay Surf Club welcomes all to the Beach Retreat Bar, mud crab races and a fundraising BBQ – and don’t miss entertainment from Godfathers of Funk. SeaLink is overing family tickets to the Island for $50 return and $25 for individual adults.