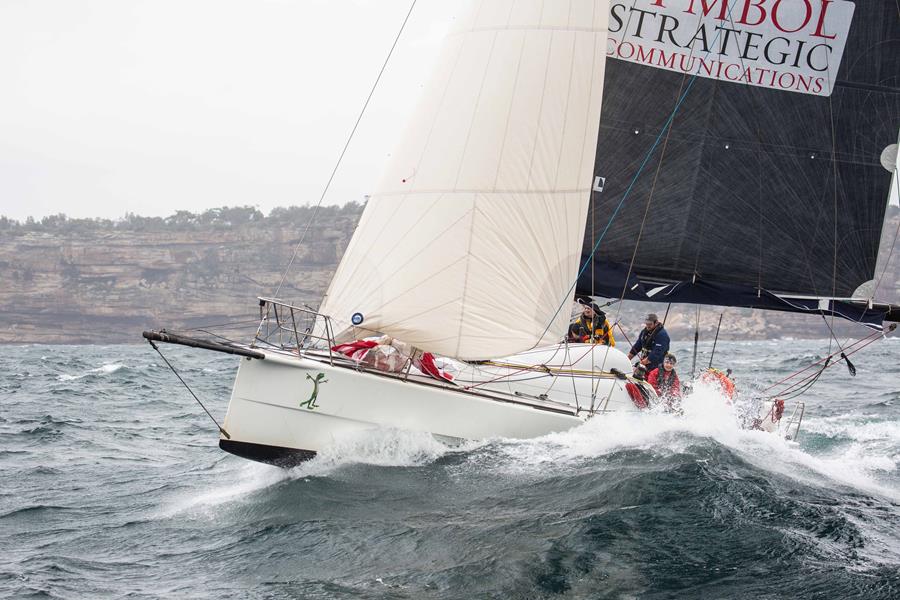 For Bruce Watson, the owner/skipper of 2019 Rolex Sydney Hobart entrant Imalizard, memories of the 2017 race should be painful, with his campaign thwarted by the loss of the Welbourn 12’s mast.

However, the setback, which required Watson and his crew to jury rig across 150 nautical miles from Bass Strait to Flinders Island, led to fortune like nothing he had ever imagined at the time.

Watson fell in love with Flinders Island and bought a house there. And after this year’s 75th race, organised by the Cruising Yacht Club of Australia (CYCA), he will stop off there during Imalizard’s return trip to Sydney and show his mostly French crew around the island.

“They will see a part of Australia that they otherwise would probably not have planned on visiting,” said Watson, whose yacht won PHS Division 2 in the 2016 Rolex Sydney Hobart.

Imalizard, registered with the Royal Sydney Yacht Squadron, will be one of 157 yachts in the 2019 fleet that will set sail from Sydney Harbour for Hobart on Boxing Day. She is a water-ballasted boat that was purpose built in 2007 for the two-handed Melbourne Osaka Race.

Watson, a Short-Handed Sailing Association of Australia committee member, bought her for the 5500-nautical-mile event, but is just as excited about the prospect of racing her with a six-strong crew in the Rolex Sydney Hobart. His ambitions this year may be modest, but come next year when the race has a two-handed category for the first time, his focus will be set on loftier ambitions.

“That’s plan,” said Watson when asked if his intent is to race Imalizard with a crew of two next year. “It’s a great development and you can expect Imalizard to be lining up.”

Not that he is short of motivation for this year’s Rolex Sydney Hobart in which four of his six-strong crew are French sailors.

“Most of the French people on board come from Brittany, which has produced many famous single handed sailors. One of the other crew hails from Northern Ireland,” Watson said. “We are interested in the race not to win something, but to take part in something big, unique and special.

“The race does have huge multi-million-dollar boats with international paid crews. We are a group of experienced sailors, the core of which have been short-handed offshore sailors, and are doing it solely for the fun of it. The 75th race is a milestone that only comes along every quarter century, so why not be in it?”

With such a strong French presence, it could be assumed that French would be the crew language on Imalizard. However, Watson, who spent several years living in Paris, said it is English: “Well, it is” – added Watson, laughing – “except when matters are under stress.”