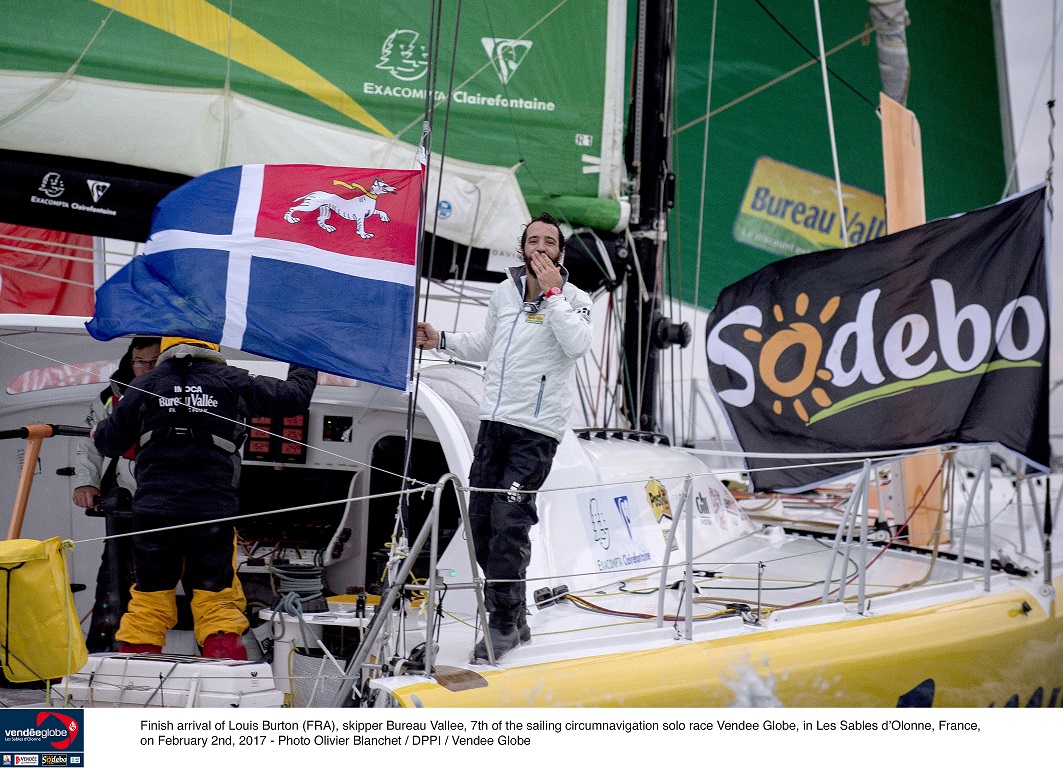 After conquering the southern oceans for his first time, sailing a smart, assured race on his trusted, reliable IMOCA Bureau Vallée which he has had since 2011, the youngest skipper so far to finish this eighth edition of the Vendée Globe, Louis Burton, confirmed today ‘I am a different person.'

Seventh placed Burton told of how he and his team had exceeded his expectations, his huge smiles radiating out to a warm hearted, appreciative press and public reception which was packed with the extended Burton and Escoffier families, sailing friends and supporters.

Burton explained how he and his team had reached the high level of reliability which has underpinned his race. He had no major breakdowns at all and returns with all his sails intact.

“We worked on the reliability of the boat for five seasons. We completed all our transatlantic races. We never thought about going too far with the equipment or increasing her power. The important thing was getting 100% out of her first and gaining experience. There was a lot to learn. I don't come from the Figaro circuit. So we were aiming for a solid boat that could withstand being battered for weeks on end.”

Burton will take all his experience forwards to 2020. He is already the first skipper to be signed up and Bureau Vallée 2, the boat which has just won this Vendée Globe, awaits him.

If Burton is changed for the experience, it is doubtful the make up, the hard wiring of Nandor Fa will not be changed much by his second Vendée Globe. His life will be so much more enriched and satisfied for completing his race, but the tough 62 year old has southern ocean salt water in his veins. He is on course to take a remarkable eighth place on Tuesday afternoon on the Spirit of Hungary IMOCA he designed and gave birth to himself. After the youngest skipper to finish he will be the oldest yet.

Frustrated by light winds in the Azores anticyclone, slowed for three long days, at midday today he was not too pleased to be climbing NW, still unable to point towards Les Sables d'Olonne. But Fa should emerge into brisker conditions tonight, 25-30kts from the west.

“But it is very difficult. The winds are not blowing from where the weather chart shows it should be coming. Theoretically I will get some W'ly winds from this low pressure system which is to the north of me. So I will be in the lower part, in the W'ly winds and I will move and in five days, theoretically on the seventh in the afternoon I will arrive. But I can't necessarily believe that. That is my weather situation. But now it is as complex for me to read the wind as at any time in my life.