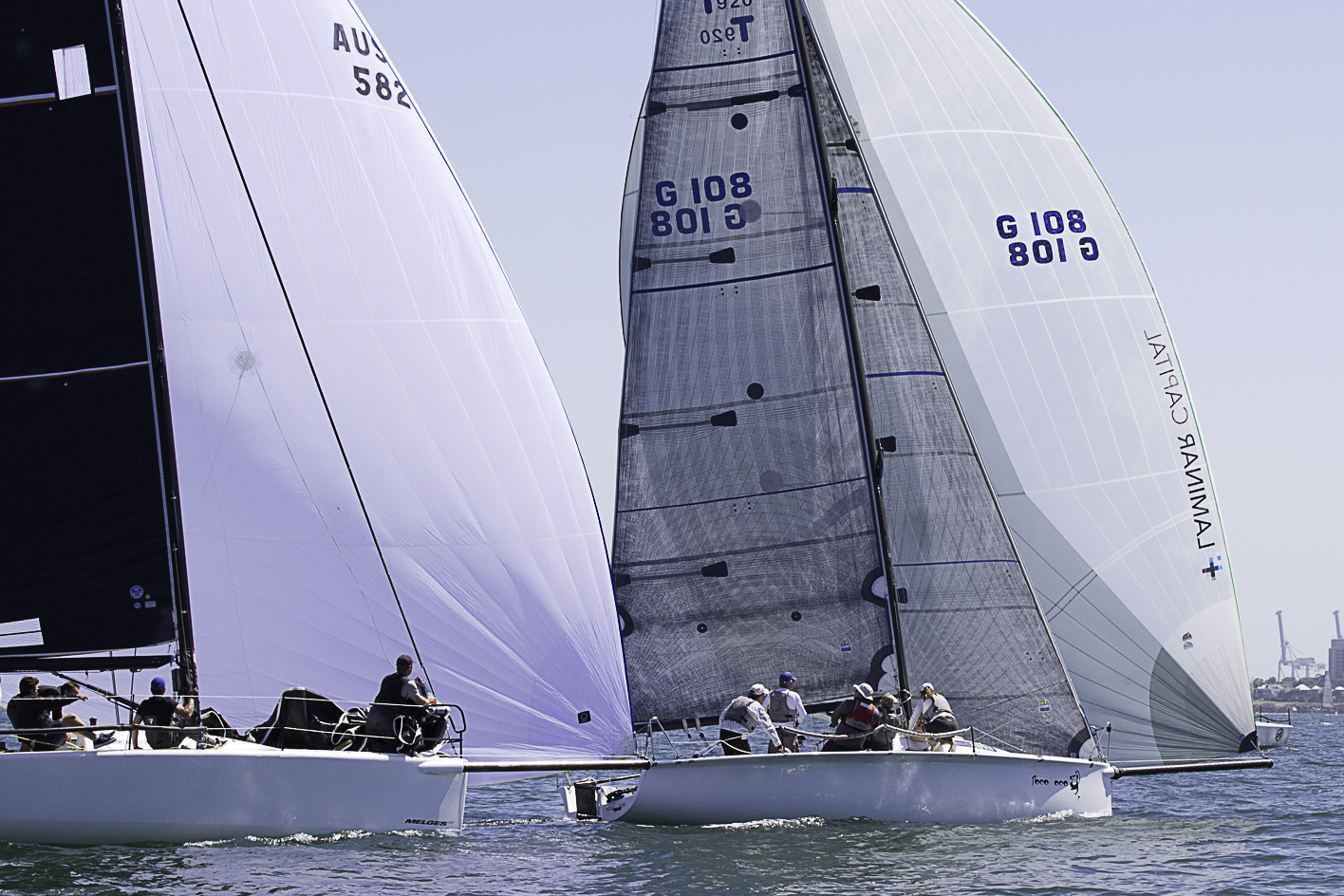 The Geelong based Poco Loco had some great battles with the two Melges 32’s in the fleet to claim three AMS wins from three starts. Photo Bernie Kaaks.

The Royal Yacht Club of Victoria’s annual Lipton Cup Regatta kicked off today in light southerlies, but such was the intensity at the start of the combined division A and B fleets in the first race of the day, that a general recall began proceedings.  Under a black flag for the second start, Don Cameron’s Shockwave36 Smooth Criminal ran out of room at the pin end and forced Robert Dates Division B boat Scarlet Runner over the line as well, so the pair sat out the first race of the series.

At the end of the day, IRC Division A was led by last year’s winner, Bruce McCracken’s Ikon, ahead of Jake and Joust. On AMS handicap, Cam Rae’s Geelong entry Poco Loco, a Thomson 920, finished with three straight wins and had a wonderful tussle on the water with the Melges 32’s, PP1 and Envyus. On performance handicap, Damian Thomas’ PP1 leads the fleet ahead of Poco Loco with 38 South Racing third.

Division B veteran Max Peters is once again at the top of the IRC table with his Adams10 Top Gun, followed by More Noise and Scarlet Runner. Top Gun also led the AMS fleet from Wake and Mainstay, and on PHS Mainstay leads from Serious Yahoo and Alien.

Gravitas leads Division C on both AMS and PHS ahead of Footloose.

Andrew York continued his dominance in the VX sports boats, with four wins from four races.

A strong fleet of mixed off the beach classes was managed by the Williamstown Sailing Club and Port Melbourne Yacht Club.

Cruising yachts were well represented too, with 18 yachts in division F, which was won by Michael Pointon’s X442 Vitesse, ahead of Alexander Doull’s Next Moment and Gary Prestedge’s One for the Road.  One for the Road bolted off the start line and led the fleet for the early part of the journey before being worn down by Vitesse. The two were close all day.

The regatta finishes tomorrow with a long race for all keelboat divisions with very light winds forecast.