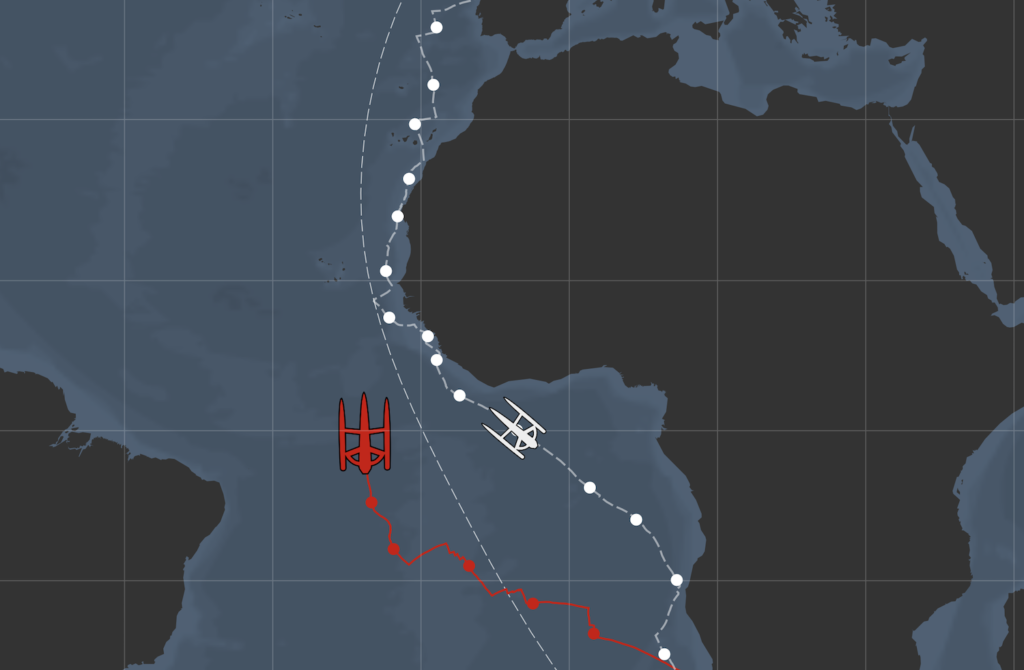 Francis Joyon and the crew of IDEC SPORT crossed the Equator this morning (Sunday) at around 1000hrs UTC after some slow progress and a a lot of difficulties getting way from the South Atlantic. In light westerlies blowing at around eight knots, the giant red trimaran is still making slow headway northwards. The very low average speeds for the trimaran mean that the lead over the Tea Route record has been considerable reduced.

A fortnight ago, they had a lead of 750 miles and even two days ago the lead was more than 500 miles, but now IDEC SPORT’s lead has been cut to just 220 miles. The race against the clock is therefore back on.

The race back on in the North Atlantic

IDEC SPORT’s lead has fallen dramatically over the past two weeks. The crew had a comfortable lead of around two days over the record. It is true that Joyon and his men had to sail much further west than Soldini (Maserati), who took the direct route up the coast of Africa.

Today and tomorrow, conditions are expected to remain light, which means it is unlikely that IDEC SPORT will be back up to her usual high speeds. The coming days are going to be interesting as IDEC SPORT is set to continue her route out to the west, while Maserati at that point continued to sail up the coast of Western Africa. We’ll be watching and keeping you informed.