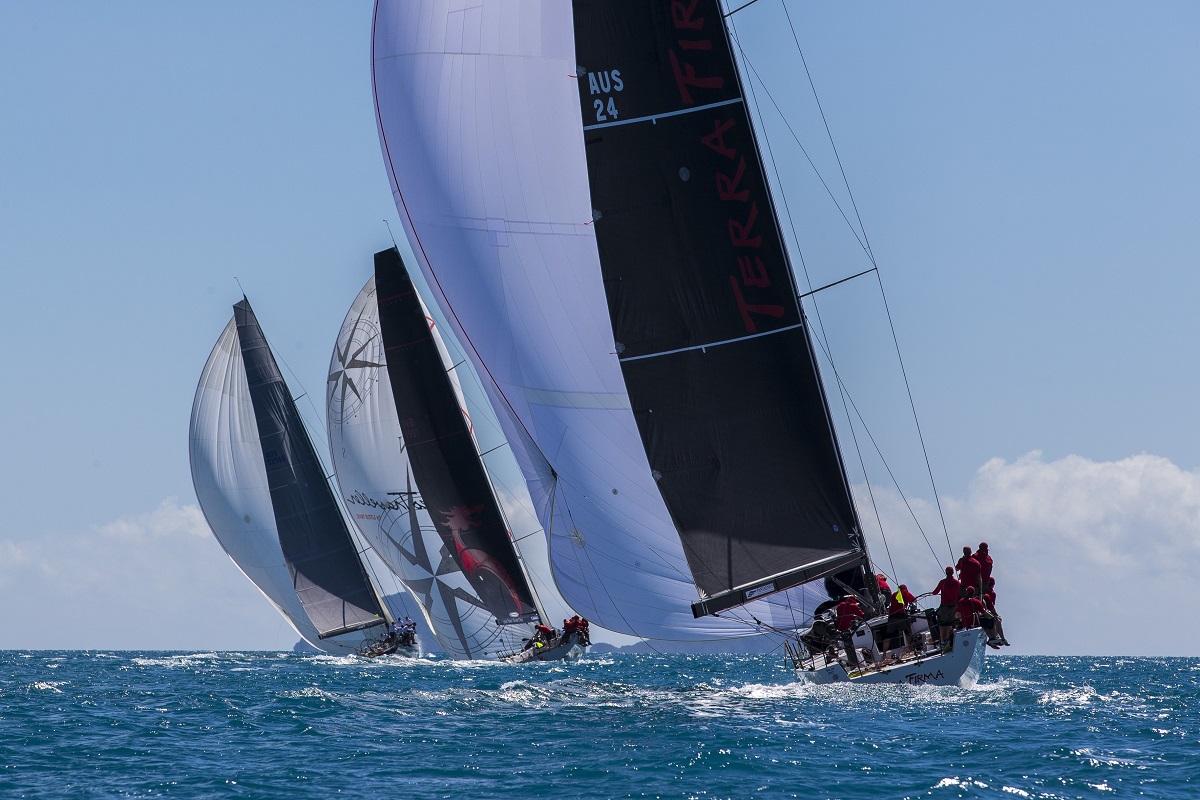 The Whitsunday Sailing Club’s 2016 Airlie Beach Race Week opened with a bang, as the record 131 boats hit the water in ideal conditions averaging 15 knots in the Whitsundays today, putting a smile on all competitors’ faces.

Back at the Club after racing, the catchphrase ‘beautiful one day, perfect the next’, was being bandied about, although it was an expensive day for one or two who were involved in collisions.

Along with the IRC Passage and Cruising Divisions, IRC Racing boats sailed a 30 nautical mile race taking in Double Cone, Armit and Olden Islands. Team Beau Geste is here to sharpen up ahead of the Australian IRC Championship later this month.

“We got a great start and held our own against the Extreme 40 and Frank downwind. They got away from us upwind, but we did enough for our handicap to give us the win,” said Mad Max skipper, George Owen, who said although the breeze was consistent, a few bullets caused problems for a couple of multihulls.

“We love coming to this regatta – it’s a great race track, one of the best, from start to finish. The racing is really well presented, the race management team does a great job,” commented Owen, whose crew includes Queenslanders, a South Australia, one from NSW and an American.

“Our bowman, Dave ‘Hollywood’ Whitcroft, comes all the way from the USA every year just for Airlie Beach Race Week,” Owen commented.

Ruckert said this afternoon, “We had to take line honours to have any chance of winning because of our handicap, due to our asymmetrical kite. We led around every mark and won by just two minutes.

“We did the race in two tacks and one gybe – keep it simple. The conditions were perfect for it, 15 knots and14 knots boat speed. It suited us and our new forward hand, Becky Maloney. This was her first race on the boat and she did a good job and enjoyed it.”

Queensland’s Graham Sherring made the best of the breeze to sail Retuned to a win in the Sports Boats Division, sailed on a 23 nautical mile course taking in some of the Whitsunday’s most beautiful islands.